IPL has come to its final round of league matches before the playoffs start. We take a look at players who have been the top performers this season.

IPL 2022 has been full of ups and downs this season. Who would have thought that defending champions Chennai Super Kings (CSK) would have one of their worst seasons in the history of IPL. And nobody would have predicted a strong team like Mumbai Indians to fall flat on the ground this season

Another surprise was the two new teams, Gujarat Titans (GT) and Lucknow Super Giants (LSG), who were outstanding this year. While Gujarat have already made it to the playoffs, winning 10 out of 13 games they played, Lucknow is also just one game away from qualifying with 8 wins in 13 games.

Similarly, Rajasthan Royals (RR), the team which was considered as an underdog in the tournament has also stunned everyone this year. At second spot, on the points table, Rajasthan have played some quality cricket this time.

Here we take a look at 7 cricketers who have been outstading this season: Buttler has been on fire this season. He was roped in at Rs 10 crore by RR during the auctions. Buttler scored two centuries this season, one against Kolkata where he scored 103 off 61 balls, and the other one against Delhi Capitals where he made 116 off 65 balls. Rahul has led Lucknow Super Giants (LSG) with authority this season. With the bat also, he has delivered his part. Bagged at Rs 17 crore ahead of the auctions by Lucknow franchise, he led his team from the front. Like Butler, he scored two centuries this time, and both the times it was against Mumbai Indians.

Here are his IPL stats this season: The Jammu pacer had an unforgettable season. Coached by Dale Steyn in Hyderabad, Umran went on to become the fastest bowler of IPL. He clocked 154 kmph twice in the same over in a match. This was also recorded the fastest delivery of this season. Even in the last match against KKR, Malik got 4 wickets while conceding 34 runs.

Here are his stats: David Warner has been brilliant this season. He had a terrible season in 2021 when he was benched in the middle of the tournament and wasn’t retained by the Hyderabad franchise ahead of the auctions. But, Warner seemed to have got a new lease of life playing for Delhi Capitals. He was acquired by Delhi at 6.25 crore.

Here are his stats this season: 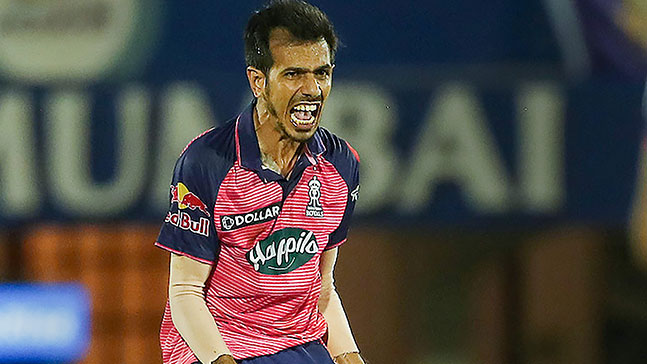 With 24 wickets in 13 matches, Chahal is holds the purple cap this season. He has been a key architect in leading Rajasthan to the second spot this season. He also took a hat-trick in a match against Kolkata Knight Riders where he dismissed Shreyas Iyer, Shivam Mavi and Pat Cummins on consecutive deliveries.

If Rajasthan takes home the cup, Chahal would be one of the biggest reason for the feat. Here are his stats: Shikhar Dhawan has been amazing this season for Punjab Kings. He played for Delhi Capitals until last season, but was released bay the team. He was bagged by Punjab at Rs 8.25 crore. His highest score this season was 88 off 59 balls against Chennai.

Here are the stats:

The Sri Lankan allrounder since the first match has performed exceptionally well this year. He was purchased by Royal Challengers Bangalore (RCB) at 10.75 crore.  He is just short of one wicket from getting the purple cap. With 23 wickets in 13 matches, Hasaranga has proved to be a meticulous bowler for the RCB.

Here are his stats:

#Top players ipl 2022, #Ipl2022players, #Ipl2022
The views and opinions expressed in this article are those of the authors and do not necessarily reflect the official policy or position of DailyO.in or the India Today Group. The writers are solely responsible for any claims arising out of the contents of this article.