For second ODI vs South Africa. 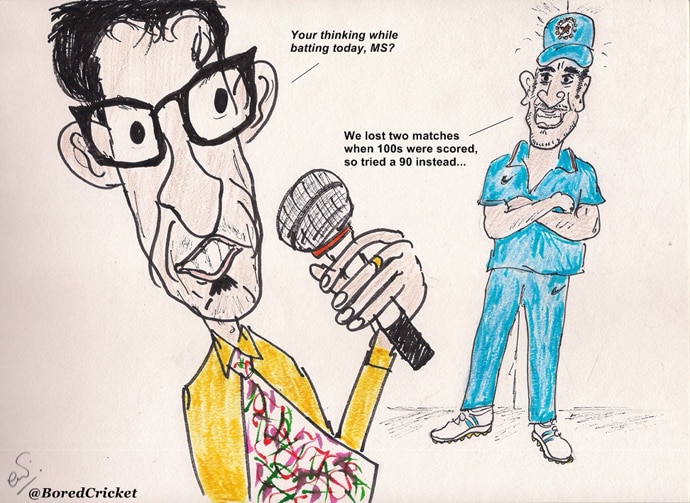 MS Dhoni leaves very little unsaid in post-match chats or pressers. If he has to, he'll stick one right back at his critics or back his boys if need be - what better time than after a match winning 92 not out; speaking to Sanjay Manjrekar, out of the blue, he mentioned Suresh Raina's ability to hit from the word go. Not just that, he emphasised how Raina alone had this ability in the team. After scores of 14, 22, 3 and 0 in the series so far, time for Raina to come good for his skipper. Like his skipper came good for India today.

#India Vs South Africa, #MS Dhoni
The views and opinions expressed in this article are those of the authors and do not necessarily reflect the official policy or position of DailyO.in or the India Today Group. The writers are solely responsible for any claims arising out of the contents of this article.