Why MS Dhoni is the world's greatest cricketer

On the eve of the 'MS Dhoni: The Untold Story' release starring Sushant Singh Rajput, an ode to Captain Cool.

Not many cricketers can expect their biopic to be filmed years before they retire, and that too by Bollywood's master of thrills Neeraj Pandey. His heroes escape the worst by a hair's breadth:

In A Wednesday!, Naseeruddin Shah escapes the clutches of the police at the last moment. In Special 26, heist specialist Akshay Kumar flees from the CBI in the film's dying minutes.

In Baby, another Akshay Kumar starrer, the counterterrorism team makes it out with their prisoner from a Saudi airport in the nick of time. Yet again, as a naval officer in Rustom, Kumar escapes from the gallows - yes, at the very end.

In Pandey's latest outing, MS Dhoni: The Untold Story starring Sushant Singh Rajput as India's World Cup-winning skipper, our hero can hit a last-ball six and get Team India out of a hopeless situation in the final over.

In a way, Pandey and Dhoni are the perfect fit.

Dhoni has probably had the most exciting sporting career any cricketer can hope for and a Bollywood film on his life is a fitting tribute to him.

On the eve of the movie's release, it may be asked: Is Dhoni the world's greatest cricketer?

There are three ICC trophies: the ODI World Cup, the T20 World Cup and the ICC Champions Trophy.

To win all three is a great hat-trick. It earns you ICC No 1 spot in Tests, ODIs and international T20s.

Combine the two, and you get a grand double hat-trick. Now how many countries have managed this?

You might think of Australia, but they are yet to win the T20 WC. South Africa and England have never won the ODI World Cup. The Champions Trophy eludes Pakistan and the Test No 1 status is a distant dream for Sri Lanka.

India is the only country that has won this double hat-trick with Dhoni at the helm. He has pulled off a feat no other country has achieved. Let that sink in!

"The whole is greater than the sum of its parts." 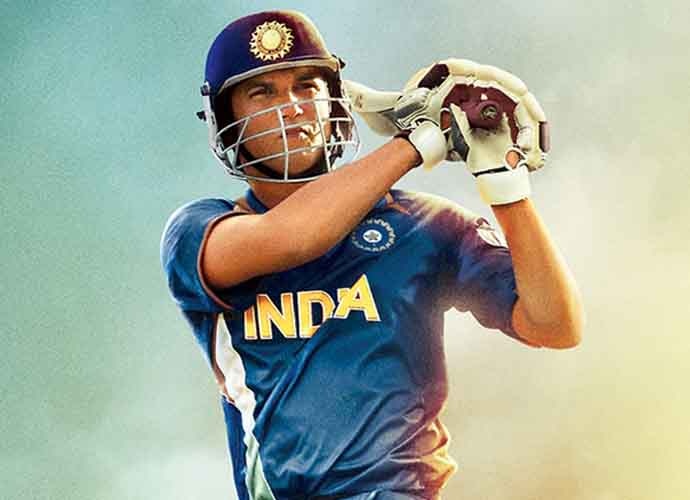 There have been bowlers, batsmen and all-rounders who could do both. But Dhoni is in a different league altogether. A look at all the parts that form the enigma:

He is the undisputed wearer of this title. Apart from the above mentioned feats, he has won the Asia Cup in both ODI and T20 format, two IPLs and two Champions Leagues' title. Apart from winning umpteen triangulars and bilateral series, he is the only captain to have whitewashed Australia in any series involving three or more matches (3-0, T20 series, 2016).

People still call him lucky and credit it to team India, but our achievements with him at the helm are just too many, especially since he was the only common face in the team that won us three ICC titles from 2007 to 2013.

Chance favours the prepared mind. Dhoni always took to the pitch prepared. He was the only captain in the 2007 T20 WC to go slow in the first six overs to avoid batting collapses. He introduced Robin Uthappa of all the people in the bowl out for his accuracy and won. His faith in Joginder Sharma helped us clinch the title in the final over of the tournament.

He is the only captain who always has the Duckworth/Lewis sheet in his pocket when there's a chance of rain. In the 2008 Test series with Australia, Kumble got two draws, but in the other two matches, Dhoni got wins with baffling techniques like choking the Aussie batsmen with negative bowling (he is going for a draw, screamed commentators!).

In the 2016 WC T20 match with Bangladesh, Dhoni took off his gloves before the last ball, because a single was enough for our opponents. He decided that Haren Pandya would bowl a bouncer, Shuvagata Hom would miss and run in desperation and Mustafizur Rahman would be run out.

What ran in Dhoni's mind happened in real life too. The skipper ran like the wind for the run out - it proved he was scripting destiny.

As Pakistani cricketing legend Wasim Akram once pointed out, "Dhoni is the only one in this world who can smash yorkers for sixes." With such talent, what hope does a bowler have? West Indian pace legend Ian Bishop adds: "If 15 runs are needed off the last over, pressure is on the bowler... not on MS Dhoni."

Dhoni hitting a six of the last ball is a cliché competing teams have grown tired of. Batting second and staying steady on the pitch to watch his team win, the skipper has scored 1,691 ODI runs - and he is far from done. He probably has the world record for the most winning shots in the history of cricket.

From 2008 to 2014, Dhoni was the captain-cum-wicket-keeper-cum-attacking-batsman of the Test, ODI, T20 teams of India, whilst leading the IPL team Chennai Super Kings. That's around 300 matches for India and 100 for CSK.

Many international players have wilted with just half of this workload and chosen to retire early in the face of such pressure.

An oft-overlooked fact: MS Dhoni has a record of 700 international catches plus stumpings in the three formats and no other Indian wicket-keeper comes close. He is always alert and outwits the batsman by hitting the stumps when he sees a player out of the crease - especially after he has taken a spectacular catch and the umpire doesn't yield!

5. One of the world's greatest home Test captains

At home, Dhoni has captained 30 Tests and won an astonishing 21, losing just three. That 30-21-6-3 is almost as good as the legendary captain Steve Waugh's home record of 29-22-5-2. At least no other Indian captain comes close to the skipper's record.

If you're asking, Sourav Ganguly's home record is 21-10-8-3. Dhoni is also the only Indian captain to affect a 4-0 whitewash and that too against a front like Australia.

In the above home matches as captain, Dhoni averages 52, which is far too high for a batsman who comes in at 7 or 8. He has scored 4,876 Test runs at an average of 38, and his 224 against Australia in 2013 is the highest ever by any Indian captain.

7. Records even in the only chink as foreign Test captain

Dhoni is the only Indian captain not to have lost a Test series in South Africa (1-1, 2010), the second to have won a series in New Zealand (2009) and the third to have won in West Indies (2011). He has also won a Test each on the soils of England and Sri Lanka.

But more than mere records, it is his influence on Indian cricket that will outlive him. His cool-as-a-cucumber attitude has rubbed off on his team. Ganguly's aggression followed by Dhoni's "no fear cricket" (in the words of Aussie legend Ian Chappell) have transformed Indian cricket.

When we were eliminated in the 2007 ODI WC, Dhoni took us out of the gloom and won us the T20 WC, which arguably ushered in the T20 revolution. In the 2007 Tests at Lord's too we were on the verge of losing and Dhoni's 76 off 159 helped us draw the match with one wicket to spare. We won the series and subsequently became Test No 1.

Dhoni is the lone Indian captain who made winning a habit. After the debacle of 0-8, the 2013 ICC Champions Trophy and the 4-0 Australia whitewash (which featured his record double century) he brought back Team India's winning streak after a dark cricketing period.

When the opposition had figured out his attacking game, he transformed it to return to the reckoning. They threw stones at his house (not once, but twice), badgered him as captain, dragged him to court over a magazine cover, but he came out of every storm - dignified and unhurt.

Dhoni is the most complex cricketer in the world as also the most thrilling - and inevitably the greatest!

#MS Dhoni
The views and opinions expressed in this article are those of the authors and do not necessarily reflect the official policy or position of DailyO.in or the India Today Group. The writers are solely responsible for any claims arising out of the contents of this article.