In the good old days, anyone competing in sport was told to play in the spirit of the game. Times have changed. Today, athletes in all disciplines train hard and compete. Sadly, they have forgotten certain basics, like respecting a decision if they are dropped from the team or ignored by the selectors.

There is nothing in sport which guarantees hundred per cent inclusion. More so, in the case of team sport. In recent times, a number of people unable to digest omission from sporting squads have taken recourse to the legal route.

Right or wrong is not the question. The real issue is sportspersons have become less tolerant and it’s as if by way of right they plunge headlong into legal battles.

Logic demands, athletes have a frank chat with their respective sports federation. It could be speaking to the chief executive officer or seeking an audience with the selectors. That, however, is not happening and athletes are in a rush to find the route through courts of law.

The latest in this episode is how the Kerala High Court has directed PU Chitra be allowed to take part in next month’s World Championship in London. Chitra, from Palakkad district, is indeed a talented athlete.

Like most athletes coming from Kerala, she has gone through many hardships in her career. The case of a poor family unable to make both ends meet, sacrificing for the champion athlete’s diet and so on are indeed moving stories.

When Chitra won gold in the Asian athletics championship in the 1500 metres event in Bhubaneshwar this month, it was a good effort. Her timing was not brilliant, yet to win a medal of golden hue for the country was very important. 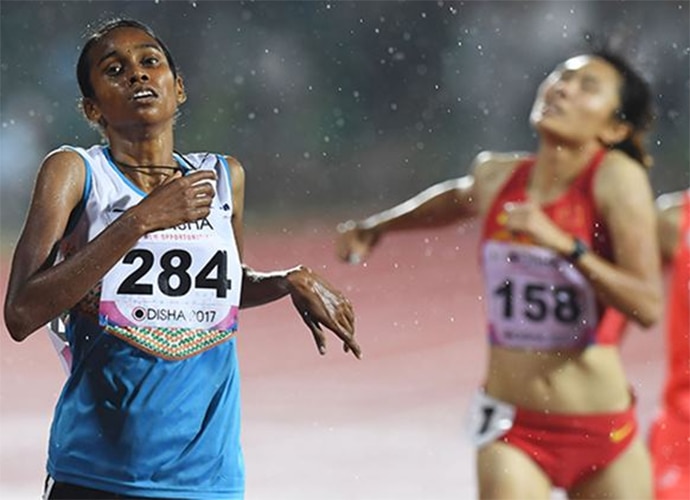 If Chitra thought this effort would book her a ticket to London, she was proved wrong. A day after the championship ended in Odisha’s capital, the Athletics Federation of India told the athletes they needed to compete in the Inter-State meet in Guntur. The idea was to check consistency in performance.

A few athletes were reluctant to go, though Chitra went. She, however, turned in an average performance, finished second, and later blamed it on health problems. Had Chitra taken the AFI into confidence and said she was not well, it could have been a different story.

To shed tears and thump chest, so typical in Indian sport, was drama we have seen before. In Chitra’s case, her personal coach NS Sijin approached the Kerala High court and got relief.

Sport teaches one to accept things as they come. Moving a court of law is a wrong step, and Chitra has not been the first case nor will it be the last one. Last year, at more or less the same time, another athlete from Kerala went to court.

Relay runner Anu Raghavan moved the court and got relief. However, as the track and field team had already left for the Rio Olympics, Anu was left cooling her heels.

Anu was distraught and contemplated quitting the sport. Luckily for India, she stayed focused and returned with a bang to the Asian championship in Bhubaneshwar, where she won gold in the 400m hurdles.

Possibly, there was a lesson for Chitra to learn from her state-mate Anu, to overlook one exclusion and look ahead. She did not do that and who is to blame for her omission today can be debated.

The world athletics body lays down clear cut qualification marks. Chitra did not make the cut as per qualification time laid down. Winning the event at Asian level was good but it needed to be ratified by the AFI for her to get an entry in London.

Yes, the AFI was wrong in not spelling out qualification marks clearly. However, with entry dates for London now closed, Chitra needs a miracle to make it to the world championship. On Saturday, the sports ministry also jumped into fray by saying the AFI should respect the court order!

The point is, sports federations at home need to be very clear on selection matters. If an athlete is going to waste energy on legal routes, directly or indirectly, wherein the respective state also gets involved, this is not sport.

Last year, before the Rio Olympics, there was plenty of drama in wrestling when an adamant wrestling federation wanted to send dope tainted Narsingh Yadav. Sushil Kumar, though not in peak shape at that time, jumped into the fray.

As India’s only Olympic double medallist, he should have avoided going to the Delhi High Court. In the end, Sushil was in for embarrassment as the court said the federation’s selection was fair. It’s altogether another matter, Narsingh went to Rio and shamed the nation as he was banned by CAS (court for arbitration in sport) for a dope offence and India had no entry in his weight category.

It’s not wrestling or athletics alone where there are selection woes. There are examples where even at the state level, badminton players have approached the court and complained about selection bias.

In Indian athletics, we have former champions like PT Usha and Anju Bobby George who are there either in the selection committee or there as government observers. Perhaps, these same illustrious champions across various sport need to hold counselling lessons for the current lot of Indian athletes.

Athletes should also understand, world championships in any sport cannot be an exposure tour.

#Anu Raghavan, #Kerala High Court, #Athletes, #PU Chitra
The views and opinions expressed in this article are those of the authors and do not necessarily reflect the official policy or position of DailyO.in or the India Today Group. The writers are solely responsible for any claims arising out of the contents of this article.