Do we really need to give our sporting heroes the welcome parade?

They do come with their share of irritants, such as politicians.

Parades and processions felicitating landmark achievements can be memorable for sportspersons. They are assured of photographs for posterity and memories of a lifetime.

The long-haired MS Dhoni-led Team India's 2007 World T20 win culminated in a six-hour victory parade on return to India, and the picture proudly embellishes the walls at the headquarters of the Board of Control for Cricket in India, attracting every visitor's attention.

India's first test captain to win overseas in 1971, Ajit Wadekar, and his team's victory parade is also a historic picture.

Likewise, PV Sindhu will not forget her return to India in a hurry.

She would have a story to tell her children of the open bus ride from the airport to Gachibowli stadium when she returned home with silver for India from the 2016 Rio Olympics.

Way back in 1996, Leander Paes, ranked 127th in the world at the time, achieved the unthinkable, winning India an individual bronze in the ultra competitive tennis discipline. 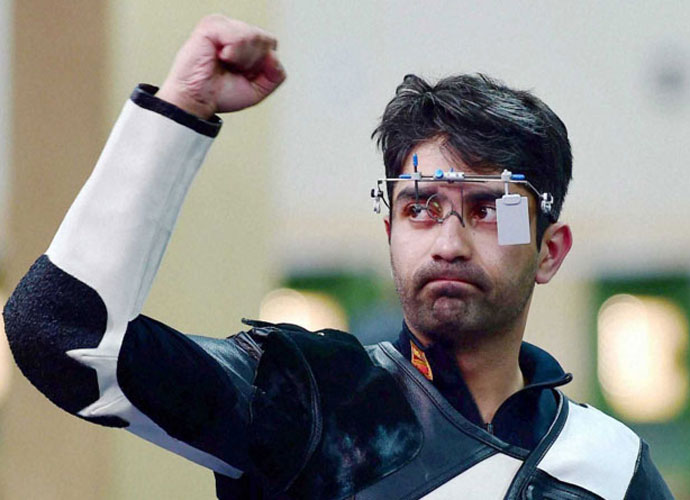 Olympic gold medallist Abhinav Bindra had no celebratory procession, and he didn't even want one.

Alas, there were no 24-hour private news television channels then, and the government or association had no motivation to stage a victory parade.

In between all these achievements, the man who earned Indian sport its single biggest moment at the Beijing Olympics in 2008, an individual gold medal, had no such celebratory procession.

Perhaps the people close to him knew him too well to think of staging it. He has never been the sort to enjoy mass attention.

I threw open the question on Twitter, tagging Abhinav Bindra and asking if he would have been thrilled being the subject of such a parade eight years ago. Pat came the reply from the man himself: "No chance."

For shooters like Bindra, for whom the blink of an eyelid at the wrong second can be the difference between victory and defeat, his equanimity at all times has been his biggest strength.

After all, victory parades for sportsmen do come with their share of irritants. There are plenty of hanger-ons, such as politicians who would want their share of the limelight. Those like the Telangana minister will make unceremonious remarks without remorse.

For athletes who train themselves to blank out all the surrounding sound and focus singularly on the goal, getting into an extended thanksgiving march cannot come naturally.

But even in all that chaos, there are enough genuine sports fans and aspirational citizens who may feel inspired seeing their achiever bask in glory. For them and for a lasting memory, if not for the riches that follow, it's perhaps worth an exercise.

#PV Sindhu, #Abhinav Bindra, #Rio Olympics 2016
The views and opinions expressed in this article are those of the authors and do not necessarily reflect the official policy or position of DailyO.in or the India Today Group. The writers are solely responsible for any claims arising out of the contents of this article.