The real losers at Rio Olympics 2016

Selfish demands of medals reveal why there is a rot in the system that leaves a sportsman hobbled in spirit and whose skill goes ignored till the Games begin.

Dattu Baban Bhokanal is 25-years-old and hails from Talegaon village in Maharashtra. His father, now deceased, was a labourer and his village is under the severest drought conditions in over 100 years.

In March this year, his mother met with an accident that grievously injured her; she fell off a motorcycle being driven by her younger son and hit her head on a rock on the side of the road.

It led to a head injury and today she suffers from temporary memory loss. Alive but barely mobile, she lies on a thin floor mat in the mud hut that is Dattu's home.

Dattu is the only rower from India who had qualified for the Rio Olympics. Now with the army, the young man has not only had to conquer poverty and his widowed mother's worrying condition to qualify but even a fear of water. 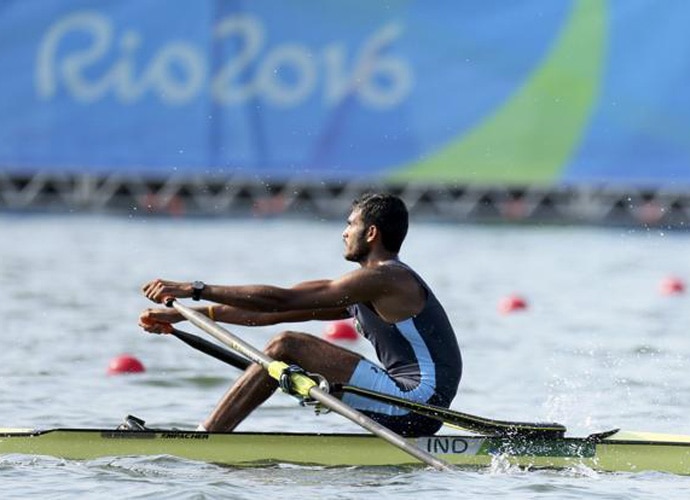 In his own words from an interview, "I had never seen so much water in my life in my village. I didn't know how to swim so was scared."

In four years, that fear is history and thanks to his entry into the army, Dattu found a sport that has taken him all the way from Talegaon to Rio, to compete with the best in the world.

Dattu is a contender. But the present narrative only hovers around the champions and the medal tally, conveniently ignoring what makes a winner by focusing on who is standing on the podium.

After all, the Olympics don't give bonus points for hardship. But if that alone frames our point of reference, we defeat the very spirit of the Games, not to mention undermine our sportsmen and their day in the Brazilian sun, after years of training, practise and often "making do", whilst being all too aware of the training and investments that go into their competitors.

Yesterday was the birthday of Dipa Karmakar, the young gymnast from Tripura. Once flat-footed and denied a career in gymnastics, she is now the only Indian woman to qualify for this Olympic sport.

A historic achievement in itself! On August 14, she will compete in the individual vault finals in Rio, for a shot at the podium.

Dipa will attempt the Produnova, and is one of five female gymnasts to have ever completed it.

And there is a reason for that: the Produnova vault is one of the riskiest to perform and can end with life-threatening consequences, leading many to call for its ban.

Most gymnasts choose not to perform it, for obvious reasons. But it is said that because its completion leads to a high score, gymnasts from countries that lack funding attempt it to increase their chances at a medal.

It's considered high on the D score and compensates for the skill section of the competition which requires sophisticated training, something which, in a country like ours is hard to come by.

This difficult choice made by this 23-years-old articulates what is wrong with the sporting culture of our country.

Selfish demands of medals, as we flip from one HD channel to another and criticise our contenders, reveal why there is a rot in the system that leaves a sportsman hobbled in spirit and whose skill goes ignored till it's Olympic time again.

In the process, our inadequacies are highlighted when compared with other nations, where "athlete development" is a real thing.

News channels are quick to link a news report of one female archer crashing out with the photograph of another, the better known face in the sport.

One is uncertain if this was meant to drive eyeballs or is just a careless mistake.

Another carries a 30-second video, of an archer's supposedly "casual" statement, saying they tried their best but missed out on the team event, due to wind conditions.

The media has the bite of the day and the finger pointing begins over a justification she is probably solidifying herself with (given that further events are due) or is possibly an accurate analysis of what led to the loss.

The gold-winning Korean team was quick to identify "wind conditions" as a cause of the losses of their competitors and credited their training which took these conditions into account.

Also read - Budhia Singh could have been an Olympic hero, but India didn't care

Further adding that they are identified and trained in the sport from primary school!

In any battle it is essential to understand the advantages of the competition, as much as the self.

And for the viewing public and commentariat, who are nothing more than that, to realise that being a contender is just as important as being a champion.

Underestimating the value of generosity and sporting spirit in what is the greatest sporting event of the world makes us all losers.

The writer is a screenwriter and a columnist.