There are always far fewer troubles at their age, unless one refuses to grow up.

Post-liberalisation India would recall with fondness the Pepsi advert featuring the then super brand in making – Sachin Tendulkar. This early '90s ad by the Cola major, where Sachin is flanked by friend and fellow Team India star Vinod Kambli and then India captain Mohammed Azharuddin, still has recall value.

Last week, after many years, the trio came together at a public event — the launch of senior journalist Rajdeep Sardesai’s latest book, Democracy's XI: The Great Indian Cricket Story on the cricket heroes of independent India.

Both Tendulkar and Azhar make the book’s eleven while Kambli, a footnote to Indian cricket history, finds mention in two pages.

As the hard hitting batting trioka of the early '90s ran in to each other at the event, the hellos and hugs appeared discomforted by their history.

Sachin and Kambli, school and academy mates — both gifted and talented — made their India debut within three years of each other. 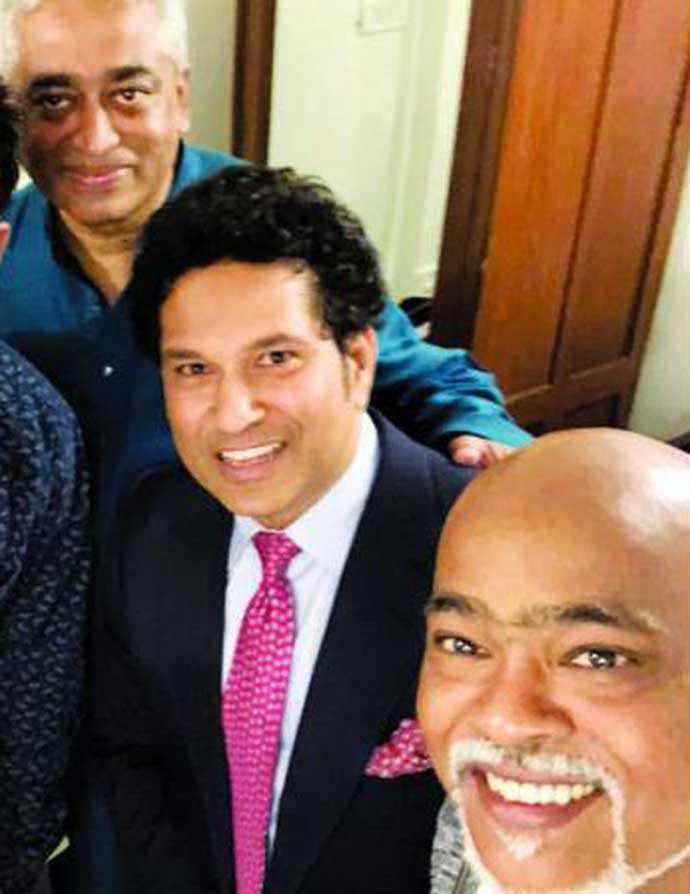 While Sachin went on to become the best in the business, Kambli's complicated lifestyle choice left him to "what could have been". Both have drifted after Kambli, on a reality show, went on to accuse Sachin of not having done enough for him.

Azhar was India's captain for a great part of Kambli's career, with Sachin having established himself as the backbone of that side. The mantle of captaincy would soon fall on Sachin with Azhar's name being embroiled in match-fixing allegations.

While Sachin and Azhar shared many a partnership in the middle through the second half of the '90s, Sachin's unhappiness over Azhar's alleged role became an open secret, something he made a veiled reference to in his biopic.

I grew up as an Indian cricket fan through these uncomfortable '90s and as the trio incidentally got together again, I went in search of some mutual warmth in their fleeting moments of embrace.

“Hi, Kaisa hai,” Sachin would greet Azhar as both were escorted to their respective seats, beside each other. Surrounded by photo flashes, forced smiles followed until Sachin moved away to take stage as a guest speaker, while Azhar found familiar company in coach Wadekar for the rest of the evening. 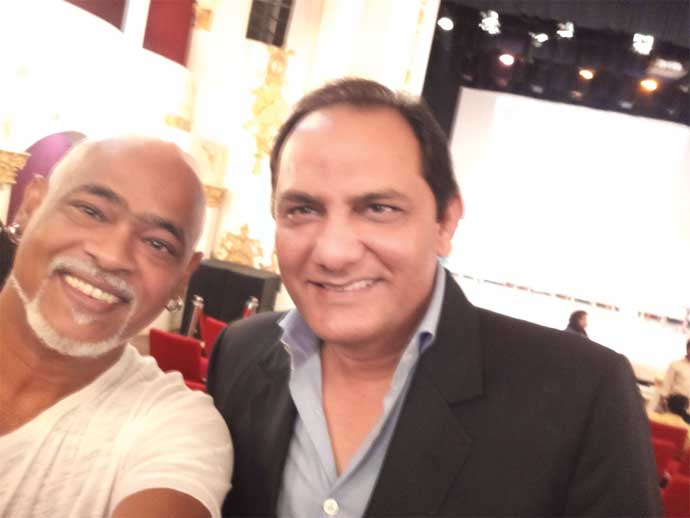 A common friend would later tweet their selfie pic, all smiles.

As a departure from the past, Sachin also made references to their train journeys as team mates, paying Vinod a compliment for his risk-taking batting in hitting aerial shots.

“The way Sachin spoke of my old days, it felt great to see Sachin again. God wanted us to be back and so we are,” he told India Today after the event. He later went overboard on social media, retweeting the conversations around their selfie.

For a moment, I thought the cricketing equivalent of Sholay's famous Jai-Veeru had rekindled the friendship only to realise that the duo had drifted far apart, living very different lives.

But it felt good to revisit the Sachin-Vinod dressing room diaries. There are always far fewer troubles at their age, unless one refuses to grow up.

Post your comment
#Cricket, #Vinod Kambli, #Mohammed Azharuddin, #Sachin Tendulkar
The views and opinions expressed in this article are those of the authors and do not necessarily reflect the official policy or position of DailyO.in or the India Today Group. The writers are solely responsible for any claims arising out of the contents of this article.