How not to milk the glory of our Olympic medallists

A selfie felicitating a big winner looks good on the Facebook page, but doesn't help much.

The winner takes all. In this case, PV Sindhu, silver medallist at the Rio Olympics.

For a country that ran a listless campaign for most part of the Games, the badminton player has been the only silver lining along with bronze-winning wrestler Sakshi Malik.

Which is why several governments, associations and individuals want to bask in Sindhu's reflected glory and claim kinship with her success story.

In effect, India has taken the first step towards making Tokyo 2020 a repeat of Rio 2016.

While no one grudges the financial bonanza that is coming Sindhu's way - after all, she has worked very hard for it - it is distressing to see how unconnected governments are announcing cash rewards, to show their heart beats for sport. To my mind, this is just not the way sports is to be promoted.

Also read: How long will India be satisfied with so few medals in Olympics?

Take for instance, the Delhi government's decision to cough up Rs 2 crore to Sindhu on chief minister Arvind Kejriwal's orders. Wouldn't that taxpayers' money be far better spent in promoting sports for the aam aadmi's gen-next in the national capital?

Yes, Sindhu is a champion from India and no one is denying that politicians are sports-loving human beings too, who feel good at what she achieved for the tricolour. But if you have to work towards producing five more Sindhus, you need to stop treating the public exchequer as your personal wallet and be judicious about spending it.

And if you do want to still announce a cash prize for Sindhu and Sakshi (Rs 1 crore), do so from your personal pocket or the Aam Aadmi Party coffers.

Ditto with the Madhya Pradesh government that has announced a reward amount of Rs 50 lakh for Sindhu. Chief minister Shivraj Singh Chouhan's Twitter profile photo shows him in the tricolour with Olympic rings, affirming his love for sports.

But Chouhan could feel more proud of India and Madhya Pradesh if he spent that money promoting badminton in his own state.

Even Sindhu, as an enthusiastic shuttler, would feel proud at having inspired young girls and boys to take to the game. And again, if the chief minister is so keen on rewarding Sindhu and Sakshi (Rs 25 lakh), I am sure the BJP unit in Madhya Pradesh is rich enough to afford it. 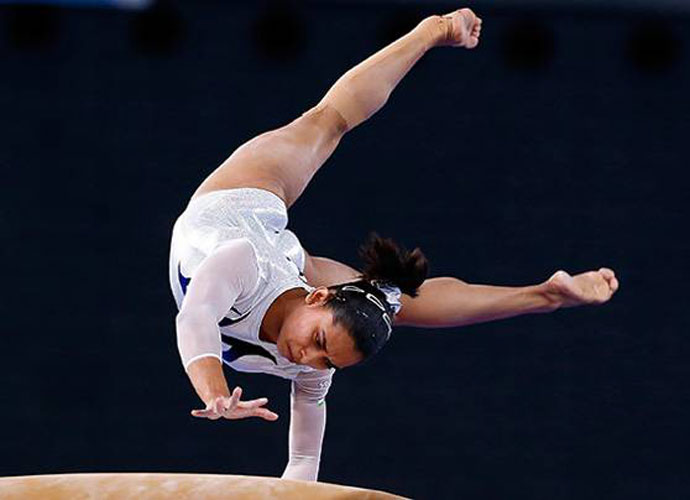 India discovered a new sporting icon in Dipa Karmakar when she entered the Olympics finals.

In case, the governments indeed want to honour Sindhu, they could perhaps name a stadium or a road or a boulevard after her, in cities in their states. Forget governments, the cash-strapped All India Football Federation has announced a reward amount of Rs 5 lakh each for Sindhu and Sakshi. Pray, why?

This is a stupid self-goal. Given that the game you are meant to promote is in a shambles in India, with players put up in abysmal conditions during tournaments, couldn't this Rs 5 lakh be better spent on them. Telangana and Andhra Pradesh, the two Telugu states, feel they are entitled to splurge on their "daughter". In a huge jump from 2012, when Rs 50 lakh was announced by the then Andhra Pradesh government to Saina Nehwal for her bronze medal at the London Olympics, Sindhu will take home Rs 5 crore from Telangana and Rs 3 crore from Andhra Pradesh.

Add to this plots of land in both Hyderabad and Amaravati and job offers.

The moment is indeed to celebrate the silver queen but hopefully the two governments would also feel inspired to create an environment which will enable a richer haul of medals in Tokyo.

The Greater Hyderabad Municipal Corporation boasted that it "paved the way for Sindhu's Olympic success'' just because she had attended a summer coaching camp organised by the civic body in 2005.

The corporation would do well to improve the facilities it provides at such camps, which are merely a ritual with qualified coaches reluctant to spend quality time with greenhorns.

While Sindhu's bank balance shoots up, fellow shuttler Kidambi Srikanth must be acutely missing those three points he squandered against China's Lin Dan in the quarters.

If he had not, it could well have been a different script then. Today no one talks about Srikanth despite the champion that he is on court. He will have to wait for his time.

But then this is the easy way out for everyone involved. A selfie felicitating a big winner looks good on your Facebook page, shows you as a lover of sport. Never mind, if sportspersons from your state have to beg for funds to train abroad or travel for a tournament.

Take sprinter Dutee Chand from Odisha for instance. She had to run from pillar to post, not for a ticket to Rio but to get running shoes. Till June, her concern was the lack of spike shoes as the ones she used had worn out. Dutee Chand comes from a poor family and till June, her concern was the lack of spike shoes as the ones she used had worn out.

"I feel like a beggar asking for such things,'' she said then. She received a new pair, thanks to an e-commerce firm, a week before she boarded the flight to Brazil.

Twenty-year-old Dutee, who comes from a poor family of weavers and was the first Indian woman to compete in the 100m event in 36 years, did not do well in Rio.

For a mindset that worships only the rising sun or the shining sports star in this case, Dutee is a failure. And while a success like Sindhu and Sakshi has many fathers, a failure like Dutee is an orphan. No one celebrates her as "India's daughter".

The lament is that unlike Sindhu who was backed by a world-class system put in place by coach Pullela Gopichand, the athletics system did zilch for Dutee.

In fact, it was Gopi who provided Dutee with accommodation at the badminton academy while she was training in Hyderabad. But when she needed her coach the most, he was not allowed to travel with her to Rio, apparently due to accreditation issues.

Dutee travelled on the 36-hour flight in economy class, while accompanying Indian officials travelling business class. And when she landed in Rio, the shy Olympic debutante, reporters covering the Olympics say, was intimidated by the Games atmosphere, with no familiar face around her to make her feel comfortable.

Also read: The greatest Olympian of all time is not Usain Bolt

Take Dipa Karmakar's experience. Her personal physio was not cleared for travel because Indian officials did not even know the stuff she was made of, and it always helps to pass on that extra ticket to an official in return for a promised vote in the next Indian Olympic Association election.

Only when the gymnast entered the finals and the country discovered a new sporting icon, the physio was rushed to Rio to cover up for the gaffe.

This competitive basking in the limelight will do Indian sport no good. A week from now, when the dust settles down on the Rio campaign, it will be back to the frustration and nepotism in sport bodies. India is frankly, not a country for sport, barring cricket.

On Monday, Sindhu's success story will be celebrated in Hyderabad. And rightly so.

The champion deserves it, without a doubt. But the gloss that will be on show is a farcical make-up to paper over the ugly face of babudom that neither understands Olympic sport nor cares about promoting it.

#PV Sindhu, #Dipa Karmakar, #Rio Olympics 2016
The views and opinions expressed in this article are those of the authors and do not necessarily reflect the official policy or position of DailyO.in or the India Today Group. The writers are solely responsible for any claims arising out of the contents of this article.