Only girlfriends and wife give stress, says Sourav Ganguly: 5 controversies from Dada's life

BCCI President Sourav Ganguly has once again landed in a controversy by saying only girlfriends and wife give stress. Here's a look at 5 such controversies of his career.

We all deal with stress in our lives. Some of us accept it as a part of life, some smoke it out, while some consume beverages to combat it. We may pin the blame on our work life, personal relationships, health issues, or financial constraints. But according to former India captain and BCCI President Sourav Ganguly, 'only wife and girlfriends give stress'. Though said in light humour, it rubbed the twitterati on the wrong side.

That comment by Ganguly is in such bad taste. Especially given how the pandemic and bubbles have affected players mental health. To say something as dismissive and blaming stress on their partners when we've had trolls blame players failures on wives regularly is plain stupid.

Less than 10 years ago men were laughing at rape jokes. And when we didnt we were called childish.The absolute lack of understanding of how sexist this shit is and if the reverse were done on you all the time - we’ll see how funny you find it :)That’s all

Some called him out for making a sexist comment, while others called it a shameful remark. But this is hardly the first time for the Bengal Tiger. In fact, his whole career has been marred by strange controversies, which is rare for a cricketer of his stature.

Here’s a look at some prominent controversies of Ganguly’s life:

Sourav Ganguly had tried to settle the dust around former ODI captain Virat Kohli’s unceremonious removal as the skipper. Ganguly said that Virat was briefed on the issue by the Board that he shouldn’t step down as T-20 captain. But when things didn’t work between the two, the Board went ahead with its fresh plans. Kohli was dropped as the ODI captain. Meanwhile, Kohli kept quiet on the whole issue while his supporters went all out against the BCCI and Ganguly.

Soon after, Virat Kohli held an explosive press conference, where he said that he was informed of his removal only 1.5 hours before the Board went public with the decision. 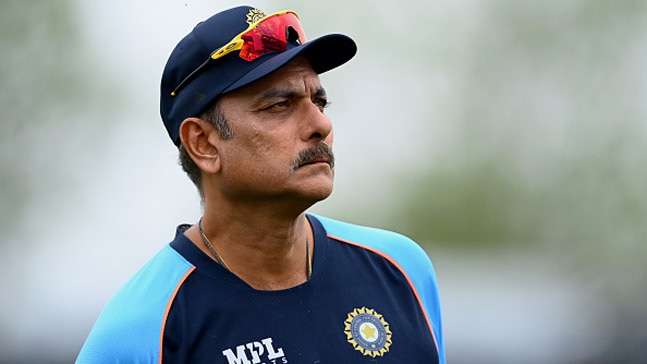 Former Indian Head Coach, Ravi Shastri, and Sourav Ganguly have had their share of differences ever since Ganguly was in the Indian team. After his tenure as the coach of the Indian team ended, Shastri spoke his heart out on his job, his appointment as the coach, and his relations with folks at the BCCI.

In a conversation with the Times of India, Shastri said, ”In my second term, I came after a lot of controversies. It was a slap on the face of those who wanted to keep me out. Some people in the BCCI did not want to see me and Bharat Arun as coach, whom they did not want to make bowling coach, he became the best bowling coach of India. He gives coaching to the coaches. I am not pointing fingers at any one person. I am not taking any names, but it is certain that some people were trying their best that I could not become a coach."

While Shastri said he was 'not taking any names', people knew who was being hinted at. Yes, Ganguly. A video clip where Sourav Ganguly said 'girls need not play cricket' resurfaced a few days ago. In an interview to ABP Ananda, the host and Ganguly were talking about Sachin Tendulkar’s son Arjun playing cricket. The host asked Ganguly of his reaction if his daughter Sana wanted to play cricket. To this, Ganguly said, ”Aami Sana ke baaron korbo. Meyeder cricket khelaar kono dorkaar nei (I’ll ask Sana not to, because girls don’t need to play cricket.)." 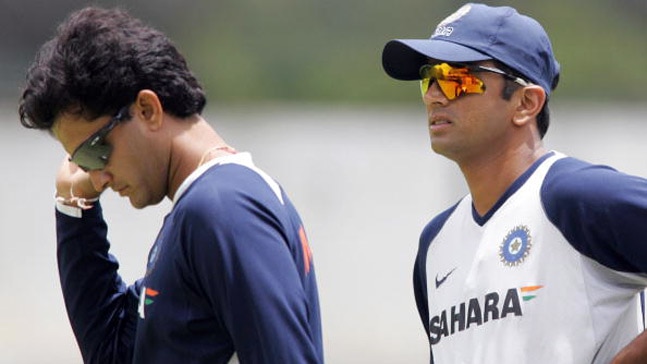 Not many people know, but Sourav has had a brief exchange of words with Rahul Dravid back in 2006 when he came back after a year after being ousted from the team following a scuffle with head coach Greg Chappell. In fact, the tussle between Sourav Ganguly and Greg Chappell is the mother of all controversies of Sourav Ganguly’s career.

Ganguly lost not only his captaincy but also his spot in the Indian team in 2006 when Chappell wrote a letter to BCCI detailing some serious differences with him.

When Ganguly came back after a year, once the Chappell era ended in ignominy, he questioned Rahul Dravid for not speaking against the former coach, despite knowing everything that was going around. In a conversation with Headlines Today in 2011, Ganguly said Dravid had no guts to speak to Chappell.

In 2014, he reiterated his comment by saying, “When I came back to the team, I had spoken to Dravid about that much later and told him that these were the things going on. He said he knew it all but couldn’t control Greg.”

Dravid had then hit back at Ganguly saying, ”If Ganguly is saying I could not control Greg Chappell, he is entitled to an opinion. He has played many years for India. But he can’t put words in my mouth as I have never had any such conversation with him.” It was in early 2001 when Australia was in India for a test series, when strong link-up rumours of Indian captain Ganguly with Nagma was making rounds. There were murmurs that Ganguly and Nagma had visited a temple in South India and performed a puja meant for married couples.

Sourav’s wife Dona Ganguly came out defending her husband and even blamed the media for disparaging Ganguly’s reputation. His father Chandidas Ganguly even went on to say to the Times of India that the photographs of Sourav and Nagma were altered.

However, two years down the line, Nagma herself cleared the air around the link-up rumours hinting that there was something brewing between the two, but that it had died.

In a conversation with Savvy Magazine, Nagma said, ”Whatever one says, nobody has denied anything. As long as there is no denial of each other’s existence in each other’s life, any person can say anything they want. There was a career at stake, besides other things, so one had to part. One had to weigh a lot of things, rather than be on an ego trip and insist on being together."

#Sourav ganguly controversies, #Gangulyongirlfreindsandwife, #Souravganguly
The views and opinions expressed in this article are those of the authors and do not necessarily reflect the official policy or position of DailyO.in or the India Today Group. The writers are solely responsible for any claims arising out of the contents of this article.