Sushil Kumar deserves a trial, let him earn his place for Olympics

India's wrestling body should be happy to find itself in a situation where it is spoilt for choice.

Let's get this clear at the outset: Sushil Kumar deserves a chance. Not simply because he is India's only double Olympic medallist in an individual sport, and has contributed enormously to Indian wrestling, but also because, having been forced out by injury, he could not get his rightful shot at an Olympic quota place at the world championships last year.

Narsingh Yadav, on the other hand, won a bronze medal at those championships and with it, the Olympic quota, which he naturally wants to safeguard with all his might. Traditionally, an athlete winning a quota place also goes on to compete in the main event, and the Wrestling Federation of India (WFI) has not been keen to deviate from that tradition.

An aggrieved Sushil had approached the Indian Olympic Association (IOA) and launched a passionate campaign on social media to whip up support. He had even knocked on the doors of the Union sports minister and the prime minister. But sports minister Sarbananda Sonowal refused to intervene, saying it was for the WFI to decide. And after Sushil was omitted from the Rio preparatory camp, the grappler moved the Delhi High Court seeking a trial match with Narsingh, for a right to represent the country at Rio de Janeiro. 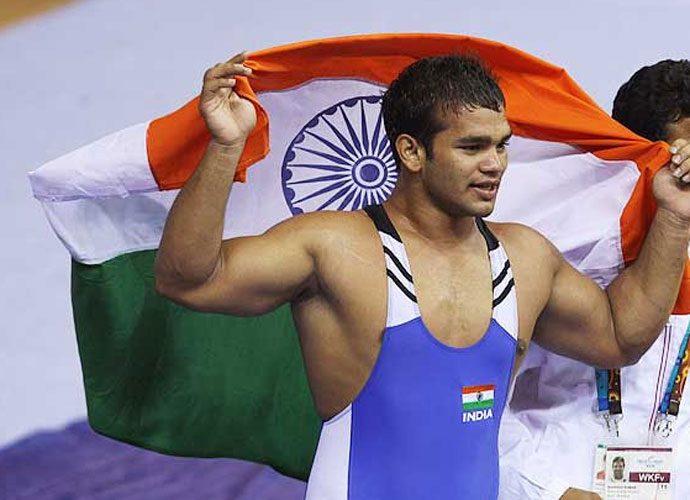 On Tuesday (May 17), Sushil got some relief when the high court directed the WFI to give him a hearing, but said will intervene as the last resort.

"Forget abt my 2 Olympics medals, world champion belt & many other medals for India, all I am asking is a fair trial and let the best man go," Sushil had tweeted on May 13, and whether you like it or not, you would agree that the two-time Olympic medallist has a valid point.

In a video message on Twitter, uploaded with the hashtag "justice4sushil", the wrestler pleaded for a trial and sought public support.

He also uploaded a video showing him practising hard in spite of the cloud over his participation in the quadriennal showpiece event.

Is it too big a demand? Isn't Sushil good enough to deserve a fair trial? Can his acheivements and contributions be set aside so easily? These are uncomfortable questions for the WFI to answer.

Even though the WFI knows that a quota is for the country and not an individual athlete per se, it has been adamant about sticking to the tradition of sending the athlete winning the quota to the Olympics.

However, this tradition has not always been followed. Thus in 1996, a trial match was held between Kaka Pawar and Pappu Yadav for qualification for the Atlanta Olympics. "Kahan gayi thi parampara jab 1996 mein Kaka Pawar aur Pappu Yadav ke beech trial hua tha?" Sushil asked in a tweet, showing the problem with the WFI's fixation with tradition.

Also read: Sushil Kumar tussling for Rio Olympics is a punch in his face

The fact is that each country has only one quota spot in every weight class, and with the world wrestling body scrapping the 66kg category in which Sushil used to participate, he had had to scale up to the 74kg division, which brought him into direct competition with Narsingh. Now the WFI has to choose between two extemely accomplished wrestlers.

But would it harm the WFI to hold a trial? Sushil had won gold in the 2014 Commonwealth Games in the 74kg category, but Narsingh is the more seasoned campaigner in this class, and apart from the world championships, has won bronze in the last Asian Games. He also put up a fine show in the Pro Wrestling League.

When you have two strong contenders for a slot, and it is for representing the country in the Olympics, no less, and when both are fit and raring to go, it is only fair and just that the country knows who is best placed to bring home a medal from Rio.

Would holding a trial be injustice to Narsingh? No. Because if he is good enough to beat Sushil on a given day, he will. Conversely, if Sushil is not good enough, he will anyhow lose. Why should the prospect of a trial make Narsingh so uneasy? If he is confident, which he should be, that he deserves to go to the Olympics, no Sushil of the world should worry him.

As reported in Mail Today on May 13, WFI insiders feel that Sushil has been shying away from competition, and his decision to skip the inaugural Pro Wrestling League had apparently angered the wrestling bosses, who feel Narsingh is the obvious choice now. Also Sushil's aggressive campaign for the Olympic berth to the extent of going to the prime minister and even the court miffed the WFI officials, who possibly saw this as insubordination.

However, Sushil has been only asking for a trial match to prove himself, not to be outrightly selected instead of Narsingh because of his stature and his Olympic medals. The Indian wrestling body now needs to be proactive and do what is best for India's chances of winning an Olympic medal, which had always been hard to come by.

The WFI fears that allowing Sushil a trial would set a bad precedent and it might lead wrestlers from other categories to demand a trial. But perhaps an exception can be made considering the athlete in question has done so well in the Olympics - the highest stage of them all.

The judge observed, “This man (Sushil) has also got laurels for the country. The reasons which he is giving are quite worthy and I am not finding any malafide in what he is saying.”

But what the high court also made clear is that India's cause should not suffer. Certainly, we should not have a situation like in 2012 when an ugly face-off between the country's top tennis stars put paid to our chances of winning a medal in the sport at London.

Now, in fact, the WFI should be happy to find itself in a situation where it is spoilt for choice. It would be prudent, therefore, to not cancel one of those choices altogether, not when that choice is the gold standard of Indian wrestling. Let Sushil and Narsingh fight it out, and let competition take its own course.

#Rio Olympics 2016, #Narsingh Yadav, #Sushil Kumar
The views and opinions expressed in this article are those of the authors and do not necessarily reflect the official policy or position of DailyO.in or the India Today Group. The writers are solely responsible for any claims arising out of the contents of this article.