The 2019 World Cup final episode calls for a rule that encourages further play after the Super Over. Even if that means a prolonged match, both teams must be armed with equal opportunity.

New Zealand got more sympathy for finishing second than applause they would have probably garnered if they were crowned World Champions at Lords. Kane Williamson would trade the two without a blink of an eye, but there are no retakes in sport.

Cricket world has commiserations for the Kiwis and nothing but flak for ICC after the World Cup playing conditions left the final result open to perpetual debate.

After England forced the Super Over on the strength of Ben Stokes' heroics and some good fortune, in an extraordinary turn of events both teams finished with the same 15 runs at the end of the tiebreaker. England prevailed for having hit more boundaries in the final than New Zealand. Ironically if the rule had sought a winner based on most sixes in the match, New Zealand would have won.

If things had gone more bizarre and both New Zealand and England had managed the same number of fours in the match including the Super Over, they would have gone back to boundary count minus the Super Over. If still equal, a countback from the final ball of the Super Over would have been conducted with the team with the higher scoring delivery winning. A Super Over is fine, but why should boundaries play a decisive part in the winner selection? (Photo: Reuters)

The rule is lopsided on multiple counts. Fundamentally it’s framed against the premise that cricket seeks parity between bat and ball at all times. Also, why should boundaries play a decisive part in the winner selection? Most significantly, the retrospective nature of the rule leaves the loser without recourse. New Zealand finished with the same score as England in the Super Over but the rule closed their case.

Cricket hasn't been shy of taking a cue from other sports. The 'bowl out' experiment used in the inaugural T20 World Cup was a straight pick up from football. India beat Pakistan in a bowl out with nominated players hitting the unmanned stumps. Mirrored on the penalty shoot-outs in football, the rule wasn’t sans drama but was discontinued over the value it placed on the players' stump-hitting skills.

FIFA World Cup finals have been decided on penalties if extra time or the earlier sudden death rule does not give out a winner. The penalties are played out until a goalkeeper misses and striker capitalises. 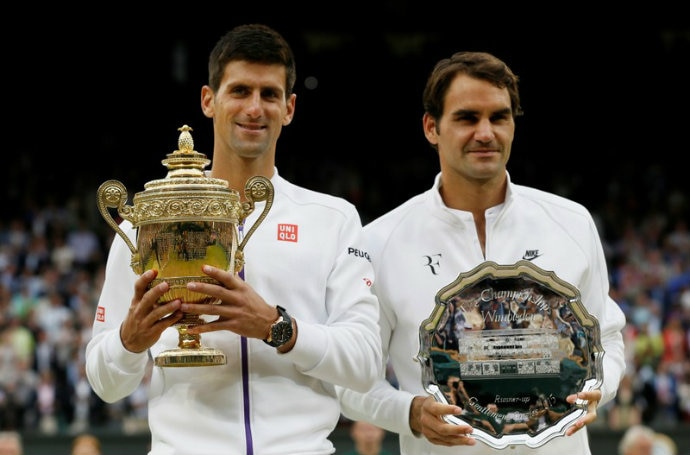 On Sunday, another match was decided with the help of a tie-break. Except in tennis, a tie-break gives both players an opportunity to shine. (Photo: Reuters)

Tennis Grand Slam finals are regularly decided by marathon matches until there is a winner. Coincidentally, Djokovic beat Federer on Sunday — not too far away from Lords — at Wimbledon by a tie-break after the final set finished at 12-12. The tie-break continues until there is a difference of two.

The 2019 World Cup final episode now calls for a rule that encourages further play after the Super Over. Perhaps another Super Over or three balls or a delivery. It may mean more hard work for teams that are feeling spent by then. Also, it may not be the most ideal way to judge 102 overs of attrition. But what it would do is arm both teams with an opportunity to shape their own destiny.

Also read: Stop fuming over the 'absurd' boundary rule that helped England win World Cup. Here's why we must stand with ICC

Post your comment
#Penalty shootout, #Tie breaker, #FiFA World Cup, #Wimbledon
The views and opinions expressed in this article are those of the authors and do not necessarily reflect the official policy or position of DailyO.in or the India Today Group. The writers are solely responsible for any claims arising out of the contents of this article.