Can AI help us understand why men kill in the name of religion?

Oxford-based researchers are using an AI-based code, and the Gujarat 2002 riots, to explain how man, a peaceful being, can turn into a violent beast because of religion.

The relationship between science and religion is a complicated one. Despite the inevitable reality of co-existing together, they have time and again sought to undermine each other's existence. For long, faith triumphed over fact, but in the 21st century, we've seen the game turned on its head as science and technology look to dismantle the foundation of religious thought, one brick at a time.

The latest attack sees Oxford-based researchers use an AI-based code to explain how man, a rather peaceful being, can turn into a violent beast because of religion. 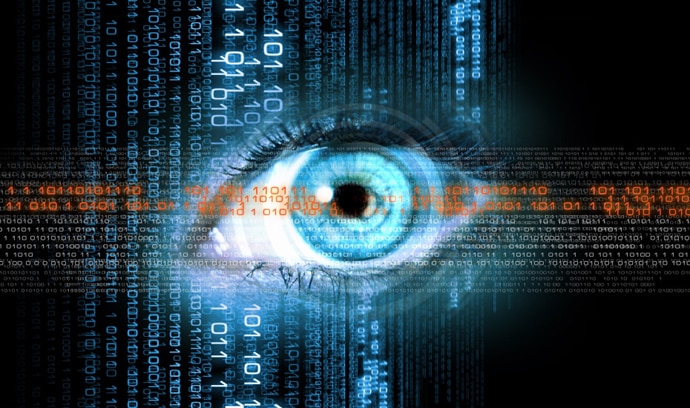 Can AI help us understand why men turn into violent beasts because of religion? (Photo: Reuters)

Understanding the cause of conflict

On the face of it, a team of international cognitive, computer and social scientists are creating a “psychologically realistic AI” to try to better understand the causes of violence and the "potential to control it". However, the basis of the test is religion and how humans react when their beliefs are challenged.

For this, scientists have combined computer modeling and cognitive psychology to create an AI that they believe can mimic human religiosity. By thinking and acting like humans, this AI will explore the conditions, triggers and patterns that force groups to clash with each other to protect their faith and ideology.

Published in The Journal for Artificial Societies and Social Stimulation, the research findings explain that humans are by nature a peaceful species. The findings of the AI simulation found that even in times of crisis and natural disasters, humans have a tendency to come together and prosper in peace.

However, there are some situations when humans are willing to take to violence.

The principal situation where the simulation found humans taking to violent behaviour was when they had others going against their core beliefs or worse, when the beliefs that defined their identity were challenged.

Under such circumstances, the simulation found human behaviour to gravitate towards xenophobic social anxiety — that eventually led to extreme physical violence.

Explaining how the simulation works, research author Justin Lane said: "To use AI to study religion or culture, we have to look at modelling human psychology because our psychology is the foundation for religion and culture... The root causes of things like religious violence rest in how our minds process the information that our world presents... Religious violence is not our default behaviour — in fact, it is pretty rare in our history." Gujarat riots used as the basis of the study

For the purpose of understanding human psychology to achieve accurate results from the simulation, the scientists at Oxford fed the AI tool data from two instances where religious sentiments played a big part in inciting violence.

The research team drew on the sectarian strife between Catholics and Protestants in Northern Ireland which spanned three decades and claimed approximately 3,500 lives.

However, what is more interesting is that they also used the Gujarat riots of 2002 to help build their AI model.

Lane explained that the data from these instances of religious confrontation helped the AI understand that "it is only when people's core belief systems are challenged, or they feel that their commitment to their own beliefs is questioned that anxiety and agitations occur... We might be able to trick our psychology into accepting others as part of our group when we'd otherwise be triggered toward more primal fears". We don't really need AI to tell us why men want to murder in the name of religion. (Photo: Reuters)

How we can stop violence

The research also explains that religious violence and terrorism can only be controlled by creating situations where people stop seeing outsiders as a threat.

Well, on that note, we'd like to point that it doesn't take a team of rocket scientists or a sophisticated AI to tell us that.

In our hearts, we all know what causes communal tension. We all are aware of the triggers, and how we ourselves are part of the ecosystem of hate at times. So, instead of looking at an AI to help us find such basic answers, we'll be better off looking inwards to help us get out of this cycle of hate, mistrust and violence.

Also read: Why the NITI Aayog’s National Artificial Intelligence Strategy for India is a good start

Post your comment
#Communal tension, #Northern ireland, #Oxford, #Gujarat
The views and opinions expressed in this article are those of the authors and do not necessarily reflect the official policy or position of DailyO.in or the India Today Group. The writers are solely responsible for any claims arising out of the contents of this article.