2017 has seen great improvements to camera technology on smartphones.

If photographs open doors into the past, pictures taken by these new smartphone cameras allow a look into the future.

Unlike the smartphones from the years gone by, these beautiful machines of today not only hide within their sleek frames the raw computational power needed to solve complex equations or process high-resolution graphics, but also bring with them the hardware required to capture professional quality pictures and videos that can be turned into rich multimedia content.

Improvements in camera sensors have allowed smartphones to even outperform dedicated point-and-shoot cameras, leading to an increase in the usage of these hand-held devices as photography drivers. As a result, a phone's picture taking prowess has become an important consideration for most buyers in the market for a new smartphone.

2017, especially, has been a great year for such consumers. Moving past the megapixel race, the smartphone industry has brought in meaningful upgrades to camera modules across the board. Here's a look at the best camera phones in the market right now. Kicking things off is the recently announced Galaxy Note 8, which with its 12-megapixel dual camera module – that Samsung claims to be the best two camera setup because of the inclusion of OIS technology on both the telephoto and wide-angle sensor – is a real contender for being named the best camera phone launched in 2017 thus far.

Though similar camera setups are available on other phones, the pictures clicked on the Note 8 turn out to be far superior because of the addition of stabilisation tech on both sensors – something that is lacking on competing devices like the iPhone 7 and OnePlus 5.

On the software front, the Note 8 offers a feature called Dual Capture mode. This allows the dual camera setup to click two pictures simultaneously and allow you to save both images; one close-up shot from the telephoto lens and one wide-angle shot that shows the entire background.

At the front, the phone comes with a more than capable 8-Megapixel selfie camera than the S8 range comes with.

Arguably the best camera phone available in the market right now, the U11 from HTC's stables does not bring with it flashy dual camera setups, but rather a promise of crisp looking pictures clicked with its 12-megapixel single lens camera.

The company says it is the best setup in the market, a claim which seems built on solid ground.

The popular bench-marking portal DxOMark has given the phone's camera an overall DxOMark mobile score of 90 — that makes the HTC U11 the highest-rated smartphone camera it has tested till now. 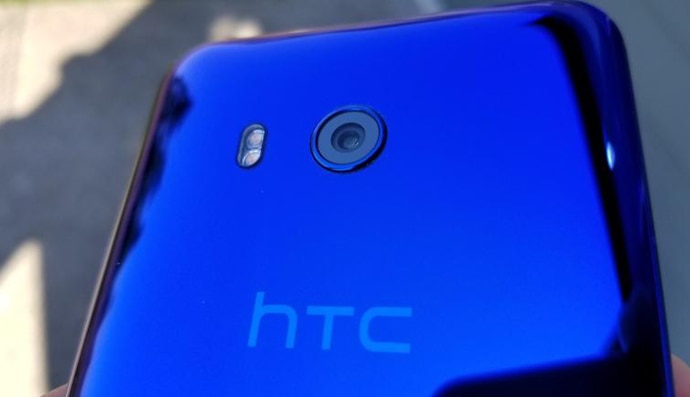 Another phone fighting the good fight for the survival of single-lens camera phones is the Google Pixel. With an above par 12.3-megapixel main camera, paired with a fast f/2.0 lens on board, the Pixel scores only one less than the U11 on the DxOMark photography benchmark.

The phone's impressive sensors are paired with a combination of laser detection (LDAF) and phase detection (PDAF) for Autofocus, capture beautiful pictures and videos.

Needless to say, the phone should be given a good hard look if you are in the market for a new camera phone.

Launched on June 20, 2017, at a glittering event in New York, the OnePlus 5 is the latest and greatest from the Chinese smartphone maker OnePlus. The device carries forward the legacy of being a flagship killer and as such has been equipped with the tools to do so.

A high-end flagship at a price of Rs 32,999 for the 6GB RAM with 64GB storage variant, the phone brings with pretty much the same dual camera module found on the iPhone 7 Plus. In terms of numbers, the dual camera set-up boasts of a 16-megapixel Sony unit with an f/1.7 aperture lens and a 20-megapixel Sony telephoto lens with a f/2.6 aperture.

OnePlus which partnered with DxOMark to optimise the phone's optics, claims this to be the "highest resolution dual-camera system on a smartphone today". However, that does not result it becoming the best.

The lack of OIS hardware on the phone has been found to have let the installed sensors down at times – an issue that has even affected its DxOMark score of 87. Regardless, the OnePlus 5 for the price is a good option for users in the market for a camera phone. Last, but not the least, is the Xiaomi A1 – the most economical phone of the list. This budget friendly device at the price of Rs 14,999 brings with it a 12-Megapixel + 12-Megapixel dual camera setup at the back. The camera module has a telephoto and a wide-angle lens setup, which looks to have been implemented well by Xiaomi. There's also a 5-Megapixel camera at the front.

Xiaomi interestingly has decided to equip the phone with their own camera app, barring which the device would have sported a pure stock Android OS.

Overall, the Mi A1 is a well-rounded device and is recommended for users looking for a budget phone that can click great pictures without overheating or draining the battery too fast.