Making the most of India's march towards advance capability with GSLV Mark III.

However, in 2014, ISRO launched a GSLV-D5 equipped with an indigenous cryogenic engine.

The developmental flight of the GSLV is a huge success especially as the Mark III was mired into delays due to technological set-backs incurred by the Mark II version.

According to President Pranab Mukherjee, the GSLV developmental flight is indeed a "significant achievement".

Later this year, the ISRO plans another developmental flight of the Mark III. 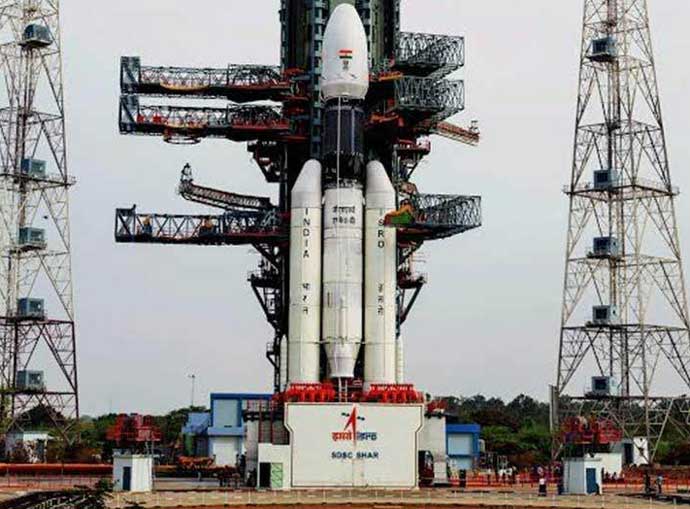 ISRO also hopes for manned mission into space in future.

The success of this developmental flight later this year would be crucial as that would mark the GSLV's success towards commercial use. Until then, India would be dependent on foreign countries especially France for launching heavier satellites.

The GSLV MarkIII has a cryogenic upper stage called the C-5 which is a high performing stage due to propellants combination of liquid hydrogen and liquid oxygen. Both the propellants are highly efficient and provide greater thrust and hence, the cryogenic engine is twice as powerful as the Mark II version. Other two propulsion elements constitute the solid S200 stages - the third largest solid booster in the world that forms the strap on stage for the GSLV and the liquid L110 core stage. The S-200 is an upgraded version of S-139 solid core motor that was employed in PSLV as well as in GSLV Mark II.

A 5m diametre Ogive-shaped PayLoad Fairing (OPLF) instead of cylindrical shaped fairing is employed on this GSLV for it to carry heavier satellites with greater alacrity.

The OPLF would protect the GSLV during the initial climb-out through the atmosphere by providing better aerodynamic margins and reduced acoustic levels. The GSLV launched the heaviest satellite ever launched from the Indian soil till date - a high throughput communication satellite called the G-SAT 19 satellite weighing 3136kg.

The GSLV was able to launch the GSAT 19 as the GSLV Mark-III was three stage vehicle designed to carry heavier satellites.

This success is indeed a big leap in India's space odyssey as after 1992, India was barred from acquiring cryogenic materials from Russia due to sanctions. Indigenisation of the rocket system was a complex process altogether and the ISRO scientists used gas generator cycle (GGC) for the GSLV Mark-III.

This has enabled the scientists to test each component of the GSLV separately instead of testing the entire unit in one go.

Thus, before the final developmental flight, each component was individually tested and any technological hazards were dealt with easily.

According to ISRO, the new SLV has advance systems like navigation, guidance and stage separation system. The G-SAT 19 is reported to be capable of providing internet services using a space-based platform. The Carbon Fibre Reinforced Polymer on the GSAT 19 acts as structural backbone capable of carrying launch vehicles and propulsive loads.

In fact, according to ISRO chairman K Radhakrishnan, ISRO is developing capability to launch satellites of weight 3.5-4 tonnes. In fact, there are future plans to make the Mark III version carry payloads of six tonnes into geostationary orbit. This, the ISRO plans to do by replacing the core liquid cryogenic stage to a semi cryogenic engine.

Not only this, India also plans to develop Reusable Launch Vehicle (RLV) in future for low cost and reliable space access. ISRO also hopes for manned mission into space in future.

Thus, India would become a bigger player in the space technology market. As Prime Minister Narendra Modi stated, the new development would take India to "next generation launch vehicle and satellite capability."

Also read: ISRO launching its biggest rocket ever, GSLV-Mk III, is a bold move by India

#Space research, #PSLV, #GSLV MarkIII
The views and opinions expressed in this article are those of the authors and do not necessarily reflect the official policy or position of DailyO.in or the India Today Group. The writers are solely responsible for any claims arising out of the contents of this article.