How many times have Meta and Facebook been fined?

Facebook's parent company Meta was fined more than $18 million or Rs 137 crore by EU privacy regulator in the latest. But it is not the first significant fine for the social media giant.

It looks like Mark Zuckerberg’s cabin is piled up with documents and documents of lawsuits and fines levied on his company, Meta Inc. And these fines are not just chillars compared to the company’s monumental wealth; those fining them have become smart, and are able to punch a hole in their earnings. 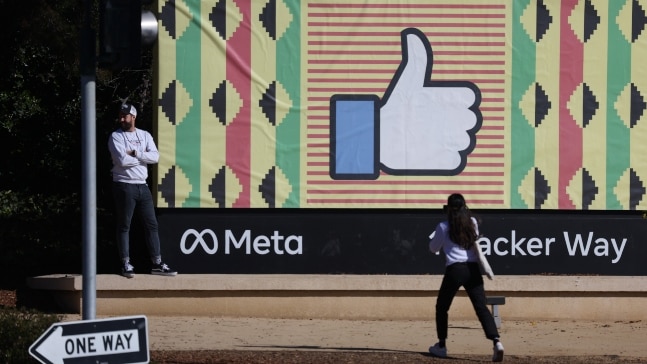 Facebook, worth more than $500 billion, and the 11th wealthiest company in the world, has paid billions of dollars in fines since 2000. In the latest, the EU privacy watchdog – the Irish Data Protection Commission – fined Meta $18.6 million for failing to prevent data breaches on its platforms.

But it is not the first or the last time Meta is being fined by governments and watchdogs all over the world.

Here is a list of some of the biggest fines levied on the company best known for being a digital Peeping Tom:

The US FTC (Federal Trade Commission) in July 2019 fined Facebook Inc (now known as Meta) a record-breaking $5 billion or more than Rs 38,000 crore for violating consumer privacy. It remains to date the largest amount ever fined on any company in the world for violating user privacy.

This year, Meta agreed to pay $90 million in settlement over a decade-old user data tracking case. By paying the settlement amount, the company avoided the risks of the case going to a trial. It looks like Mark Zuckerberg didn’t want a repeat of the 2019 fine.

The social media giant had paid a settlement amount of $650 million or some Rs 4,900 crore to settle a lawsuit in Illinois for stealing photo face-tagging and other biometric data in 2021.

There are 9 such corporate violations and fines levied on Meta since 2000 in the US alone. The total amount of penalties the company has paid so far amounts to $5,788,593,600 or $ 5.8 billion – including fines and settlements, according to Violation Tracker.

Moreover, the company seems to be plagued by a new lawsuit almost every month now. The state of Texas sued Meta Inc in February this year for unlawfully storing the biometric data of Texans, similar to the Illinois case.

In 2021, France handed a $65 million fine to Meta Inc over the use of ‘cookies’, the data that is used to track users online.

In 2021, the Competition and Markets Authority (CMA) in the UK fined Meta Inc 50 million pounds or $65 million after the company ‘significantly limited the scope of compliance reports’ with regards to its merger with Giphy, the gifs platform. A few months after the fine, the CMA ordered Meta to sell in its entirety its stake in Giphy.

Meta was fined for a second time by the CMA in the UK for the Giphy acquisition case, this time in February 2022 for $2 million for failing to inform the authorities about the resignation of 3 of Giphy’s key executives.

As if irking the governments in the US and EU weren’t enough for Meta, it also earned the ire of the Russian government. Russia fined Meta $27 million for failing to censor what it called ‘illegal’ content in 2021.

However, the problems for Meta Inc don’t seem to be limited to the US, EU or even Russia. South Africa is looking to prosecute Meta Inc for breaching its anti-competition rules. If found guilty, the company could be fined 10% of its revenue earned in the region.

Just this year, Meta Inc suffered a massive blow to its wealth when nearly $232 billion was wiped out, the biggest in corporate history. Mark Zukerberg is perhaps now checking his account balance after a string of fines have plagued his pockets.

Meta’s problems are largely surrounded around privacy laws. And if you don’t understand the extent of the problem, perhaps you should open your Facebook app, go to settings and privacy → privacy shortcuts → off-Facebook activity. If you check your off-Facebook activity, you’ll realise that Facebook has been tracking your every move online (cue the song Every Breath You Take...).

#Privacylaws, #Metaprivacy, #Facebookprivacy, #Facebookfined
The views and opinions expressed in this article are those of the authors and do not necessarily reflect the official policy or position of DailyO.in or the India Today Group. The writers are solely responsible for any claims arising out of the contents of this article.