What Apple customers must know before firing up latest iOS update

This lightweight version of IOS 10.3.2 ranges between 150-200MB depending on the user's device.

Following extensive testing that saw it release four beta updates in less than six weeks, Apple has rolled out a stable version of the IOS 10.3.2 to the public. Released on May 15, it is the first major update to the 10.3 source code, and comes with minor additions to features.

It does, however, bring with it security features and new bug fixes. The update is available for iPhone 5 and above, iPad fourth generation and above, and iPod devices going back to the sixth generation.

This lightweight update ranges between 150-200MB depending on the user's device.

iOS 10.3.2 updates page lists 25 categories of exploits that have been fixed in this latest update. Security flaws within the Safari browser and the iBooks app have been fixed, but the most important of them are two vulnerabilities in the OS' kernel — one of which Apple says "could allow an attacker to execute arbitrary code". 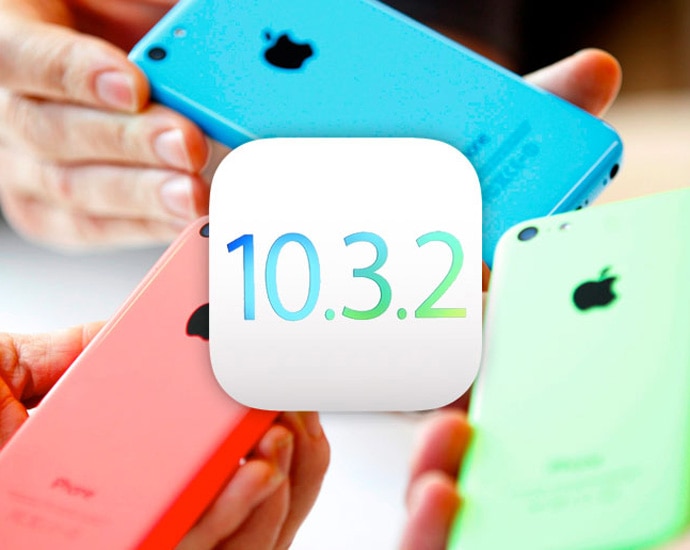 This update also promises better performance in general, but if there is any truth to the user reviews doing the rounds on social media, and complaints posted on Apple's official forums, it does anything but that.

Apple has not officially reacted to the complaints of reduced battery life, but is supposedly studying the matter to find a fix. Users have also complained of apps crashing, and sluggish performance after upgrading to the OS.

Apple iOS 10.3.2 is causing serious battery problems for some users...

As with any Apple OS update, 10.3.2 does not have a jailbreak as of now and as such will not be a favourable upgrade for users who like to customise their devices using jailbreaks. Another reason to stick to the older version of the OS are the reports of the 10.3.1 finally close to being compromised.

A security researcher named Adam Donenfeld recently took to Twitter to disclose that the iOS 10.3.1 jailbreak is imminent after he discovered vulnerabilities in the 10.3.1 OS.

Apple is already in process of developing the 10.3.3 update, and a beta version has already been released to developers. The stable version of the update will look to fix the issues plaguing the current OS.

If reports are to be believed, this update could make its way into the public domain soon, so waiting for it is advisable.

However, if you still wish to update, just head to Settings > General > Software Update on your phone, and fire up the fresh addition.

Also read: Why WannaCry ransomware attack is a win-win for Microsoft