Apple Inc looks all set for a great year ahead. The iPhone 8 may still be a little far away, but the Cupertino-based tech giant is already making waves with an old product in a new packaging (and it’s not the iPhone SE).

In a bid to raise funds and awareness for HIV/AIDS, Apple in partnership with RED — an initiative started by Bono and Bobby Shriver in 2006 that partners with large brands to battle the disease — launched the Red iPhone. Every time someone purchases the limited edition Red devices, the company donates an unknown dollar amount directly to the Global Fund to fight AIDS. Apple has been collaborating with RED for almost a decade now, and has donated more than $130 million through the programme.

“The introduction of this special edition iPhone in a gorgeous red finish is our biggest (product) RED offering to date in celebration of our partnership with RED, and we can’t wait to get it into customers’ hands," says Apple CEO Tim Cook. 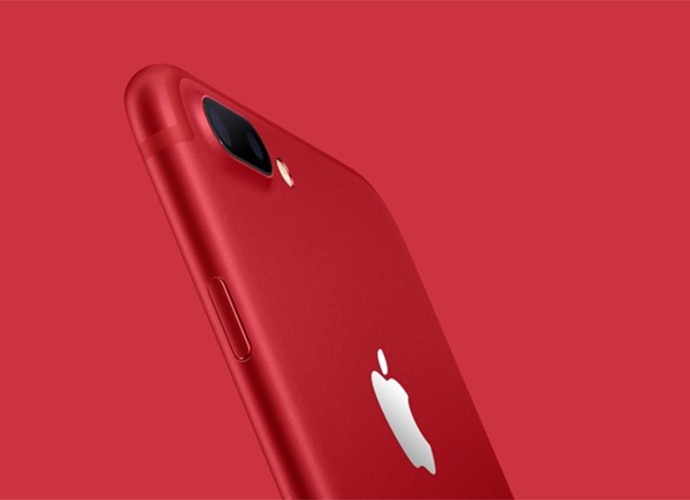 And while the Red iPhone looks absolutely wonderful, thanks to the luxuriant red aluminium finish, the phone itself has nothing special to offer. The Red iPhones are just the iPhone 7 and iPhone 7 Plus in a red case. So, the phone isn’t special by virtue, but because of the cause it is championing.

This special edition iPhone will be available in two variants for both the iPhone 7 and 7 Plus: 128GB and 256GB. It’ll be available on retail at Apple dealerships from March 24, and prices start at $749 (roughly Rs 49,000). But for Indians who want to buy this limited edition item, they might have to pay a hell lot more!

According to News18, in India, the iPhone 7 and iPhone 7 Plus Red Special Edition will be available in 128GB and 256GB models starting at Rs 82,000 from Apple authorised resellers, although there is no official confirmation on the pricing from Apple as of yet.

Of course, good causes and beautiful designs apart, people on the internet reacted to the Red iPhone exactly the way one would expect: through bad jokes. And while a majority of the people have expressed their desire to possess one of these devices, some chose to just laugh at their inability to afford one.

As usual, Baroda is waaay ahead of the world. Jai Gujarat Jai. pic.twitter.com/KivGcNKqF4

Apple has launched iPhone Red to match the colour of your blood which comes out of your body when you take out the kidney.

Apple announce a Red iPhone 7. It took Apple 10 years to finally be like an Apple🍎

You don't need a red iphone when you can buy a red casing pic.twitter.com/F4tF7lEbR4

When you already have a perfectly fine working iPhone but then Apple releases that limited edition red pic.twitter.com/7J2iYEIBHy

I'd only be interested in a Red iPhone if I could use it to call Batman. pic.twitter.com/e2fO9pFbrB