This is majestic: As NASA's Juno probe enters Jupiter's orbit, history is made

At 11.54pm EST, the solar-powered unmanned mission turned off its engine and was captured perfectly by the gravity of our biggest planet.

It’s a space navigator, an intrepid explorer, a romantic crusader in pursuit of the love of its life, its mission and destination – Jupiter. National Aeronautics and Space Administration (NASA)’s sweet endeavour – the Juno probe – is the second unmanned mission to the biggest and fifth planet of our Solar System, and it slipped into the gas giant’s orbit at 11:54 pm Eastern Standard Time of the USA of July 4, 2016, after a glorious five-year voyage.

Juno, or JUpiter Near-polar Orbiter, was launched on August 5, 2011 from Cape Canaveral Air Force Station with much fanfare and enormous expectations. It’s a proud feather in Nasa’s cap, and has meandered intense and deathly radiation, skirting Jupiter’s clouds that emit extremely strong electromagnetic waves, to finally lock itself in orbit around the most massive planet.

Juno is a 1.1 billion dollar mission, and is the second since Galileo was sent off to Jupiter to scan the first planet to be formed after the Sun and which orbited Jupiter from 1995 to 2003.

Its Greco-Roman nomenclature says something about Nasa’s inherent reliance on Western mythology in its bid to bind the past and the present, the great ancient treasure trove of stories and sheer imagination with the modern-day scientific explorations and probes that leave no scope for error. But nevertheless, are powered by the beauty and truth of human dreams.

Juno, in Greco-Roman mythology, was the “nagging” and suspicious wife of the ever promiscuous and most powerful Jupiter, the god of the gods. In Greek versions, they were Hera and Zeus, and their tales of tempestuous romance inform many a celestial and earthly destiny, from heroes to villains and the rise and fall of empires.

Juno, the spacecraft, is trying to pierce through Jupiter’s thick veil of clouds, its clouds of mischief and tyranny, and also of mystery and unparalleled power.

Juno is powered by three bus-sized solar panels, and it is something shared by artificial satellites on excursion in the inner Solar System, because of the abundance of sunlight to power them. The solar panels are working towards both stabilising the probe and generating power from sun’s radiation, thereby helping Juno’s onboard computers to gather data and beam them back to Earth now that it’s caught in orbit.

It was a dramatic 35-minute engine burn and a slowing down of its rotational speed from 5 rpm to 2 rpm which enabled Juno to firmly get captured by Jupiter’s staggering gravity, without be overly trapped by it to go crashing into its intensely turbulent atmosphere, or be slung off to hit one of its four natural satellites – Ganymede, Callisto, Io and Europa.

Nasa had been live-tweeting the Juno mission under the handle @NasaJuno, and the mission, managed by Nasa’s Jet Propulsion Laboratory (Nasa JPL), in Pasadena, California, was finally confirmed at 11:54 EST on July 4, just in time to participate in the United States’ Fourth of July celebrations!

Check your attitude. Starting to turn in preparation for main engine burn. #Jupiter

Spun up for stability from 2 RPM to 5 RPM. Round and round I go. #Jupiter

Here comes the sun. Starting to turn back to sun-pointed attitude. #Jupiter

All rays on me. My solar panels now face the sun. I’m the farthest solar-powered spacecraft from Earth. #Jupiter

Engine burn complete and orbit obtained. I’m ready to unlock all your secrets, #Jupiter. Deal with it.

Juno’s final entry into Jupiter’s orbit was a meticulously planned probe trick that involved a 35-minute engine burn to slow the probe down, and allow it to ensnare and lock itself to Jupiter’s gravity. This was the most difficult of all the tasks, after the slingshot acceleration, because even a second here and there could have resulted in disaster and too many heartbreaks.

Moreover, because of the 49-minute communication lag time between Juno and NASA’s Earthbound team, any error could have completely jeopardized the mission, because it would have been fed into Earthbound team’s computer only after all was lost. 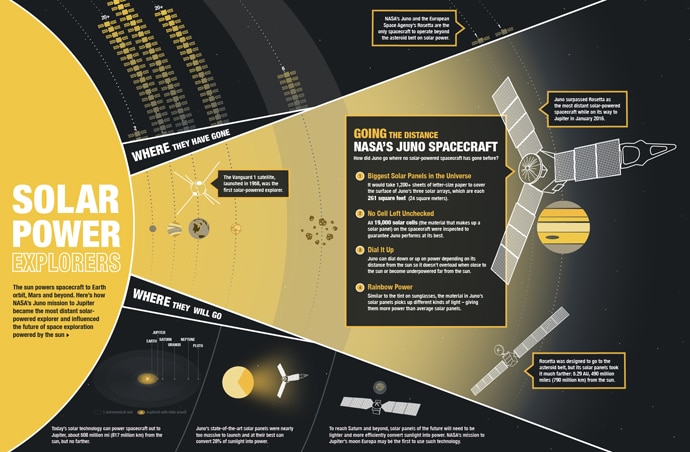 But Juno did not disappoint. Like a James Bond of space, it reached its objectives despite being left to fend for itself at the crucial moment.

It was all cheers and toasts at JPL, and everywhere space enthusiasts erupted in joy at humankind’s collective dedication towards space exploration and expanding the scope of truly wondrous scientific enquiry. 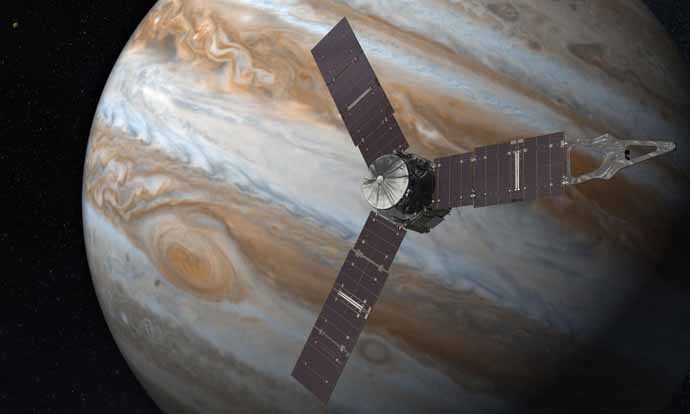 It was amazing how Juno orbited the entire Earth and used Earth’s and Jupiter’s gravity to accelerate and be sling-shot itself to reach Jupiter’s orbit, timed with a window of only 10-minute to do the maneuver in its long, illustrious and keenly-watched five-year journey.

It arrived one second late to Jupiter. One second is a lot in space calculations, where precision matters the most. 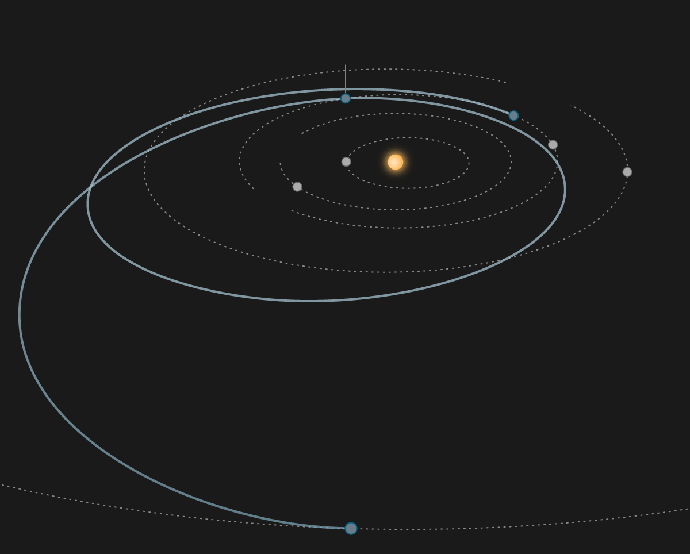 Jupiter is a demanding and astonishing planet, known mostly for its gaseous tumult and storms that rage across tens and thousands of miles, that could engulf many an Earth in its torrential bosom. The Great Red Spot is just one example of Jupiter’s planetary storms. But most recently, Juno captured a scintillating aurora on Jupiter’s north pole, a result of the unimaginably strong EM field that both protect the planet from extra-solar and solar radiation, as well as ward off asteroids that vicariously orbit the Sun between Jupiter and Mars.

Yet, Juno may be a suitor that will eventually be consumed by its love for the gas giant. It is a 20-month mission, beyond which it will fall too close to Jupiter, and will crash into it, in a tale of doomed but mythic interplanetary romance.

But before Juno dies, it would have sent us peerless clues to how the solar system was formed, Jupiter’s magnetic fields, the grand aurorae, if it has a rocky core, what was the water content in its deep atmosphere and distribution among other planets, what are the gas currents all about and how is it that they have been raging for thousands of years without a pause despite showing signs of slowing down, what is the composition of our solar system, which elements predominate and why, and even if there was ever life on Jupiter, and thereby the possibility of life in the universe as a whole.

#Space, #Solar system, #Jupiter, #Nasa Juno Mission
The views and opinions expressed in this article are those of the authors and do not necessarily reflect the official policy or position of DailyO.in or the India Today Group. The writers are solely responsible for any claims arising out of the contents of this article.