The camera phone race: Do we even need five cameras on our phones?

After losing out to informed buyers in the megapixel race, smartphone makers have now jumped into a camera race.

Over the past few years, the smartphone industry has grown at a frantic pace, and much of this growth has been because of the sheer value of innovation we've seen across the industry. Interesting new features and at times out of the box thinking. Bigger displays and faster processors. All these have ensured that consumers keep returning for more, year after year.

However, it is arguably the ever improving cameras on smartphones that have served as the biggest factor in influencing a good number of buyers to upgrade their phones every year – at times even after a few months.

With little in terms of scope for differentiation when it comes to smartphones these days, device makers have started to fall back on camera technology to help their offerings stand out from the competition in the market. As a result of this increased attention, the picture taking prowess of leading smartphones has gone up substantially.

But since these are primarily phones, smartphones have still not been able to produce the quality to rival DSLRs on a consistent basis. But this little detail does not seem to be deterring smartphone makers who are pulling out trick after trick out of their hats to position their devices as the next big thing in photography technology.

After eventually losing out to informed buyers in the megapixel race, smartphone makers have now jumped into a camera race which has now seen one of them equip their phones with not one, or two, but as many as five camera lenses on their phones. 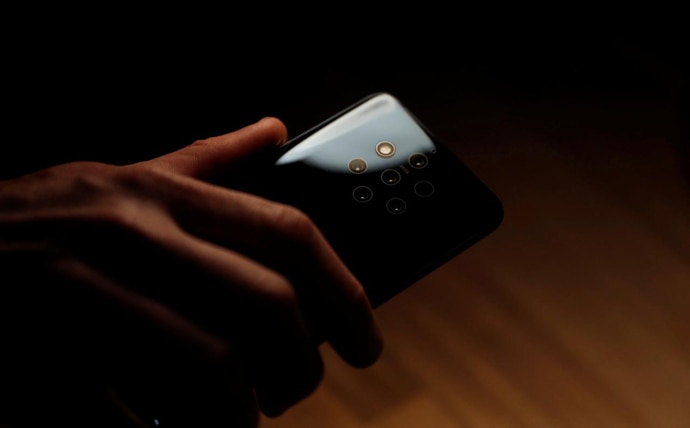 Yes, at the Mobile World Congress 2019, Finnish smartphone maker Nokia launched its latest flagship, Nokia 9 Pureview that brings with it a penta-camera setup. Despite being powered by a generation old chipset in the Snapdragon 845, the new flagship from Nokia has managed to create quite a buzz because of the presence of a rather odd looking five camera array at its back.

With the use of this setup, Nokia now overtakes Samsung which at the end of last year announced the A9 which came with four cameras at the back.

But the question remains, do we even need these cameras?

Do we need it?

As we saw with the Galaxy A9 and it's four-camera setup, the number of cameras doesn't always make a difference.

The four cameras on its back ended up looking more like gimmicks to lure users than substantial additions to the smartphone.

Compared to this, Nokia 9 Pureview has gone down a different path and is using a setup that sees two 12-Megapixel color capturing sensors paired with three 12-Megapixel monochrome lenses.

For Nokia, this is an attempt at keeping things simple and improving the quality of pictures clicked by their 9 Pureview, as opposed to giving users a bouquet of below-par shooting modes to choose from. As the smartphone maker explains each shot clicked by the phone's camera is actually an ultra-detailed shot stitched together by merging 5 photos shot at different exposures at the same time.

According to HMD, each shot of the phone captures between 60 to 240 Megapixel of data which is then compressed back 12-Megapixel photo. This abundance of detail not only helps in improving the dynamic range of pictures but also adds about 1,200 layers of depth data to each picture. Now, in theory, this should make for great pictures, but the fact remains, do we even need this kind of technology on a phone?

As the Pixel 3 – and its predecessor Pixel 2 – series of devices have proved in the past, its hardware and not the software where the true magic lies when it comes to cameras on phones. The phone comes with a single IMX 363 12.2-Megapixel sensor with a pixel size of 1.4µm and f/1.8 aperture.

Despite the modest hardware, Pixel 3 is arguably the best smartphone for clicking pictures. And it's all because of the software.

Thus forcing us again to ask, why do we even need five cameras on a phone when a device with a single lens can produce great pictures?

The answer, of course, lies in the marketing of it. Sadly, to market a phone with a single camera lens is infinitely more difficult than it is to market one with a massive five-camera set-up. And that is where the industry's urge to create such multi-camera arrays for phones comes from.

Nokia for its part may have created a point-and-shoot device that on paper promises a lot. But as we've seen with camera phones in the past, when it comes to photography, most such promises go unfulfilled.

If this turns out to be the case again then it'll probably be best for the smartphone makers to take a step back and revisit their strategy of trying to sell us lemons disguised as industry-changing ideas.