At least 17 people on board a Spicejet domestic plane were injured due to turbulence that rocked the flight while landing. Are turbulences dangerous?

Sitting through turbulence in a plane is like a bumpy road ride to put up with for just a few seconds or minutes. Perhaps the worst that could happen in a normal case is your coffee being spilled (but on a SpiceJet flight, that's an expensive option).

However, for the passengers on board a Spicejet flight SG945 from Mumbai to Durgapur, West Bengal, the turbulence unexpectedly turned quite serious. The flight, a Boeing 737-800, took off from Mumbai after 5 pm and was landing at Kazi Nazrul Islam Airport in Durgapur after a two-hour journey. However, the plane got caught in a storm (commonly referred to as Kalbaishakhi) while landing, which resulted in injuries to at least 17 people (14 passengers and 3 crew members). 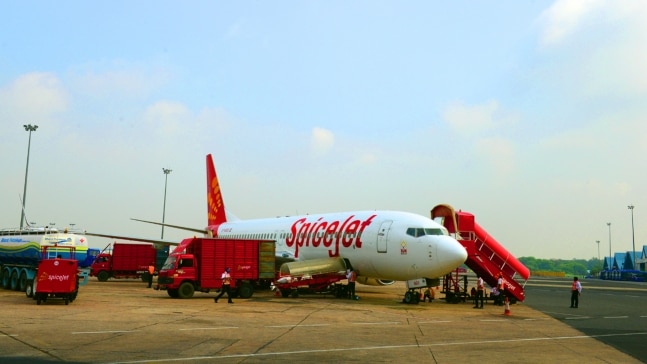 Some received injuries to the head requiring stitches and others received spine injuries.

The video below shows the panic inside the plane during the turbulence. Oxygen masks are seen hanging from the ceiling and passengers' belonging and other items are seen strewn around the plane.

The DGCA has ordered an investigation into the matter.

WHAT IS TURBULENCE AND HOW IS IT CAUSED?

You must have heard or yourself experienced turbulence on a flight. It’s quite common. Usually, when a plane goes through turbulence, it is because of the disruption of air over the wings of a plane. It causes the plane to go into irregular motion.

Turbulences are often caused due to fluctuations in atmospheric air movement. Jet streams, thunderstorms, mountain air, cold and warm air, all can cause turbulences. It can happen even when the sky appears clear.

HAVE PLANES BEEN DOWNED DUE TO TURBULENCE?

Turbulence is usually not a concern for the passengers; they are just a mere inconvenience. However, in some cases, they have downed planes too.

1. In 1966, BOAC Flight 911 took off from Tokyo, Japan. However, shortly after, it went through a severe clear air turbulence (refer to types of turbulence) causing the airplane to disintegrate mid-air and crash near Mount Fuji. The crash killed all 113 passengers and 11 crew members on board.

2. In 1985, Delta Air Lines Flight 191 was flying from Florida to Los Angeles, with a stopover in Dallas. However, it crashed on landing at Dallas, killing 137 people and injuring 26 others. It was found that the flight encountered a microburst on landing, and the flight crew had also decided to fly through a thunderstorm.

3. In 1994, USAir Flight 427 was flying from Chicago to Florida with a stopover at Pittsburgh. The fight on approach to the Pittsburgh airport encountered wake turbulence left over by another plane. The plane crashed nearly 28 seconds after entering the wake turbulence (refer to types of turbulence), killing all 132 people on board.

4. In 2001, American Airlines Flight 587 was flying from JFK International Airport in the US to Dominican Republic. However, the plane crashed shortly after take-off near New York City. The crash was caused due to pilot error while responding to wake turbulence that was left by a preceding plane. It killed all 260 people on board.

5. In 2008, an official aircraft belonging to the Mexican government crashed during its approach to the Mexico City International Airport killing all nine people on board. The accident occurred as the plane was following another aircraft too closely and encountered wake turbulence.

There are 7 types of turbulences that a plane can be subjected to:

1. Mechanical Turbulence: This is caused due to air and ground friction. Irregular terrain and man-made structures can cause eddies (the swirling motion of air, like water in a washbasin going down the drain at the lower level.

2. Mountain Wave Turbulence: Flying around mountains is a skill in itself. This is because the air around mountains can be disruptive. Eddies are formed downwind of mountain ridges that can cause severe turbulence for an airplane.

3. Thermal Turbulence: Convective or thermal air turbulences occur when the sun warms the ground and the warm air rises above surrounding air pockets that may not be as warmer.

4. Frontal Turbulence: It is common during thunderstorms when there is an abrupt change in warm and cold air.

5. Wind Shear: Jet streams are an example of this. Wind shear occurs when there is a sudden change in the speed or direction of the wind.

6. Clean Air Turbulence: A plane can feel clean air turbulence while moving in and out of two winds that are moving in different directions.

7. Wake Turbulence: It is caused by the aircraft itself, when the plane punches a hole through the wind with its own force or air surrounding it.

So the next time you are on a plane and there’s turbulence, ensure your seat belt is fastened. It is unlikely for a plane to crash due to turbulences but there are rare accidents. Besides, you can avoid an injury.

#Flightsg945, #Spicejetboeing737800, #Boeing737800, #Turbulence
The views and opinions expressed in this article are those of the authors and do not necessarily reflect the official policy or position of DailyO.in or the India Today Group. The writers are solely responsible for any claims arising out of the contents of this article.