From pornographic elements to extreme violence - games are now next level.

Video games have become one of the most common fixtures in the lives of today's kids. But that's not news. Most drawing rooms these days are being taken over by consoles churning out computer-generated imagery, which holds the power not only to encapsulate your imagination, but shape it too.

But much like any media, video games can have both negative and positive effects on children. Contrary to popular belief, the problem does not lie with the time a child spends on playing video games, but rather the kind of games.

Researchers have claimed playing certain games can make kids smarter. There is proof to back claims that some games like Minecraft and Tomb Raider can actually help kids develop problem-solving skills.

However, that brings us to the question, what games should they not be playing then?

So, at the expense of sounding like a certain Mr Nihalani, here's our list of games that your kid below 18 should be kept away from. One of the biggest game franchises of all time, Grand Theft Auto, has been a cash cow for developers, Rockstar.  The franchise has sold copies worth billions of dollars worldwide, and most of it is not down to its superior graphics or a compelling storyline, but because it allows gamers to step into the shoes of criminals, enabling them to kill, loot, and then kill some more inside the game's virtual world.

From GTA: Vice City to Los Santos in GTA V, the game not only allows you to kill "bad guys", but also rewards you for running over innocent computer-generated footpath dwellers, and even gives you the guns to go on a killing spree inside malls and other virtual spaces drawn on the lines of cities like Los Angeles and New York.

However, it's just not just the violence which should concern you before buying a game from this franchise for your child. The game is also high on sexual content. Grand Theft Auto IV briefly allowed its players – many of them below 18 years of age – via the Hot Coffee mod to have sex with a prostitute from the player point of view.

Not a good move, Rockstar.

An action role-playing game, Dark Souls III is a game that does not shy away from excessive use of blood and gore. The game is widely acclaimed for its gameplay and graphics, and even has a compelling story line that has seen it become one of the best-selling games of 2016 on the Windows platform. However, its use of blood, gore, and brutal imagery is not recommended for children.

As the game's protagonist, the player is given control of weapons, including swords, spears, bows, and magic spells as they play the role of an adventurer trying to prevent the end of the world. The game's post-apocalyptic imagery sees them frequently walk past the bodies of dead men hanging from trees and stepping through pools of blood. As any sane person will tell you, exposure to such imagery can have a very negative effect on young impressionable minds. Rockstar North is a repeat offender when it comes to creating controversial games aimed at challenging everything that your moral studies teacher taught you in junior school.

The game is the tale of a hot head Brit high school kid – Jimmy – who learns how to become a bully after being sent to a boarding home. Jimmy throughout the game is not only seen attacking other kids, but certain missions also involve him assaulting his juniors and even girls from the school. Understandably, groups have criticised the game for glorifying school bullying.

Although it has no Hot Coffee mod of its own, use of sexuality remains a major theme throughout Bully. For example the art class minigame which lets Jimmy improve on his ability to make out with girls, further helping him to gain favours from them. 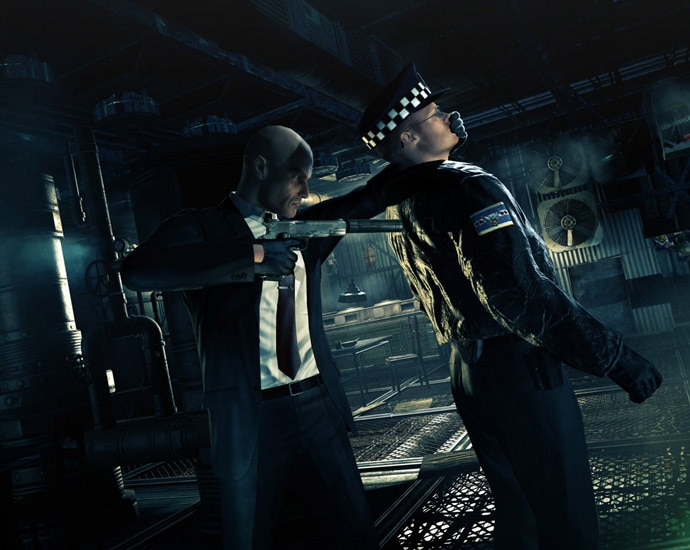 Another highly acclaimed franchise which has dominated sales charts around the globe is one you should keep your kids away from. Hitman puts you in the shoes of, well, a genetically engineered hitman, who is sent to exotic locations around the world to eliminate targets in exchange for money.

Most times, the only way to achieve this target is to strangle innocent men, strip them off and use their clothes as a disguise so that you can get close enough to your target to start a bloodbath.

Again blood, gore and stuffing dead bodies inside freezers and trash cans aside, the game also involves frequent swearing, references to cocaine and alcohol, making Hitman a game that was born to never strike north on Mr Nihalani's moral compass.

An accusation frequently levelled against Far Cry 3 and the series, in general, is that its games have racist undertones. Far Cry 3 upon its launch got a lot of flak for propogating the white man messiah syndrome.

The game's plot sees a white American get stuck on an island in South America where he is shown to be killing dark-skinned natives. Even Far Cry 4 employed a similar strategy after it showed an American protagonist killing natives in the Himalayan ranges.

The violence aside, the game is not recommended for kids because of the racist undertones in the game's plot.

#Xbox One, #PS, #Rockstar, #Video Games
The views and opinions expressed in this article are those of the authors and do not necessarily reflect the official policy or position of DailyO.in or the India Today Group. The writers are solely responsible for any claims arising out of the contents of this article.