Hum AAP ke hain kaun: Five leaders who spewed venom against the party and Arvind Kejriwal after they quit

The party's over, say multiple leaders who have hit at AAP with acerbic allegations after they have left the group representing ''new politics''

The Arvind Kerjiwal-led Aam Aadmi Party (AAP), which had at one time, been in the news for people quitting their flourishing careers to join it, has of late been hitting the headlines for top leaders quitting the party itself — Ashutosh and Ashish Khetan are the latest in the lot.

And most of those who have left the party have also ensured they 'expose' the party by launching rather acerbic attacks on AAP's dark secrets. Now, while many of these attacks might be motivated by personal ambitions, the party, which promised India 'alternative politics', has been left deeply embarrassed by its many Vibhishanas.

Here's a low-down on five high-profile AAP leaders who quit, leaving the party red-faced by what they revealed.

The former AAP leader has accused the party of having tried to invoke caste sentiments by using his surname during elections.

In 23 years of my journalism, no one asked my caste, surname. Was known by my name. But as I was introduced to party workers as LOKSABHA candidate in 2014 my surname was promptly mentioned despite my protest. Later I was told - सर आप जीतोगे कैसे, आपकी जाति के यहाँ काफी वोट हैं ।

His comments came a day after news broke that the party has asked Aatishi Marlena to drop her surname reportedly because it sounds like a Christian last name.

Aatishi Marlena will be contesting the 2019 election from Delhi. Ashutosh had said that his reason to the party was 'very very personal'. (Source: India Today)

While Ashutosh will have to answer why in the last four years he did not tell AAP supporters this supposed truth, the fact is that coming from a man who was part of the party's political affairs committee, the statement does serve a blow to AAP's image.

One of the key members of the party, Ilmi quit the party in 2014, saying, "My decision to leave the party is triggered by the lack of inner-party democracy, especially from a party that constantly talks of swaraj."

She went on to call the party directionless, in need to reinvent itself (already) and said that the party needed to do more than organise protests.

Gandhi, who was among the founding members of AAP, said that Arvind Kejriwal's national ambitions led to the downfall of the party. 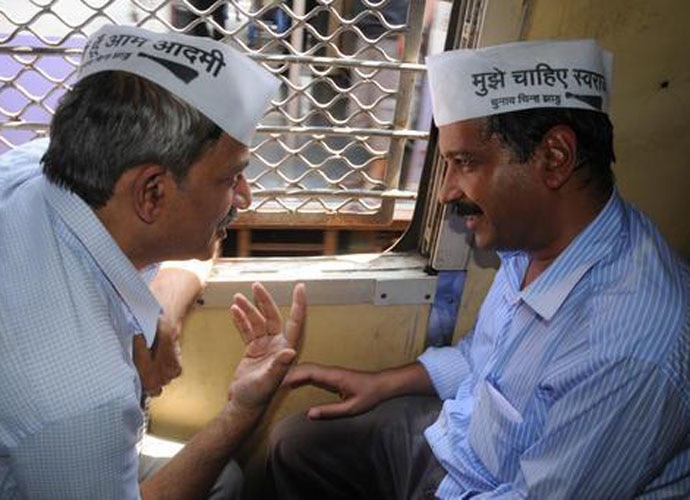 Mayank Gandhi blamed Arvind Kerjiwal for the decline of the party. (Source: Twitter)

"The 2013 Delhi assembly elections were fought on the basis of principles and transparency. However, problems started after the 2015 elections, when AAP won a brute majority with 67 seats. Since Modi got only 31% votes, Kejriwal then thought he can play a major role in garnering the remaining 69% and hence he wanted to spread across the country. He wanted to form a Mahagathbandhan of opposition parties," said Gandhi.

Retired IFS officer Bhandari said contrary to claims, the party never had any democracy within its ranks. Worse, she claimed the party had no humanity too.

"I have just one issue, and that is humanity. And women are humans. In this party, women are not considered humans."

A prominent face of AAP, also a pioneer in the low-cost airline sector, Captain Gopinath soon resigned from all party posts. Gopinath said he was disappointed and disillusioned with the party's hissy fits.

"I am now disappointed and disillusioned with their tactics, continuing tantrums and agitational ways. I wrote about it repeatedly when I felt they erred."

Also read: Why just Atishi Marlena, all netas' surnames should be dropped