When Adele met her English teacher at a concert, a solid viral video followed

An Audience With Adele turned into An Audience with Adele's Teacher. Here is what happened when Adele met an unexpected guest.

It was Adele's concert. Similar to the ones before, but very different.

Only this one had tears of joy rolling down's Adele's cheeks.

Actor Emma Thompson asked Adele a question during her An Audience with Adele concert:

"When you were younger, was there someone who kind of supported, inspired, or protected you from all the trials and tribulations of life and inspired you to sort of go on?" 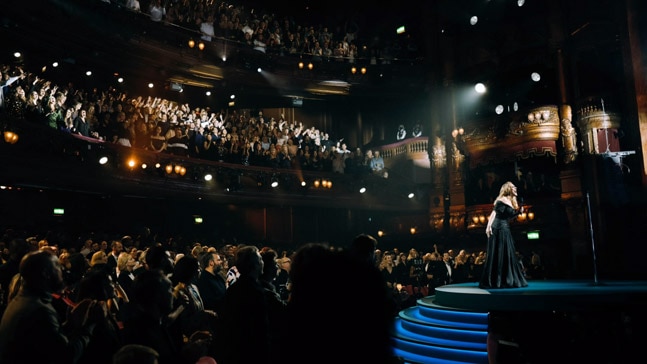 Adele instantly remembered her teacher Ms McDonald: "Yeah, I had a teacher at Chestnut Grove who taught me English. That was Miss McDonald."

Adele also remembered how Ms McDonald was so into street dance and danced in the canteen and how "bloody cool" she was.

The singer said: "She was so bloody cool. So engaging. She really made us care and we knew that she cared about us."

She described her teacher who wore bracelets and gold-like sequins.

Now little did Adele know about a surprise that awaited her.

Emma mentioned how odd it was... because Ms McDonald was there! And Adele laughed and cried at the same time. 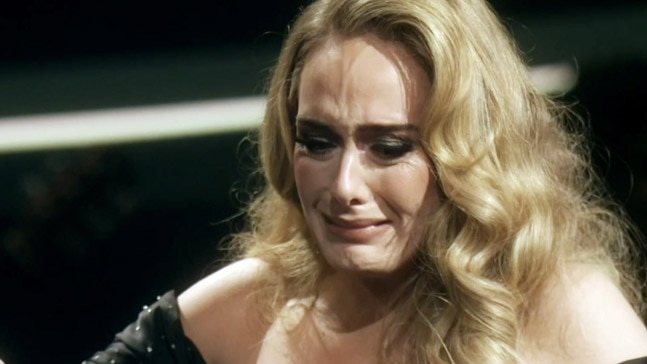 As the audience stood up to give them a round of applause, her teacher told her: "You are amazing, Darling. Hello, I'm so proud of you." As Adele took a minute for it to sink in, she mentioned how her teacher still looked the same. She found out that her teacher was still dancing, and said ''Hi'' to her kids.

Adele acknowledged her teacher's contribution, saying, "You really did change my life."

She even asked her mom if she could believe it that she was actually meeting her teacher on stage after so many years (* tears rolling down my eyes*)!

Adele asked for her teacher's phone number to be in touch, and then realised that she needed to get her face re-done because the makeup was gone.

Now, isn't that something that would make a teacher's day (and every Teachers' Day)!

Adele tweeted this after her concert:

Home Sweet Home. I’ve always dreamt of doing An Audience With… There was so much love in the room for eachother, it felt like such a gig! Everyone was raucous and bang up for it! And my teacher Ms McDonald was there, it was just heaven ♥️ pic.twitter.com/N1LpkQbeoh

Adele was surprised by her English teacher and burst into tears. #AnAudienceWithAdele pic.twitter.com/cBbh6ewbjX

#Schoolteacher, #Anaudiencewithadele, #Adele
The views and opinions expressed in this article are those of the authors and do not necessarily reflect the official policy or position of DailyO.in or the India Today Group. The writers are solely responsible for any claims arising out of the contents of this article.