Delhi Odd-Even 3.0: 5 things you must know before hitting the streets

The rules are more stringent and fines are heavier this time. Is Delhi set to battle pollution with the Kejriwal government's odd-even scheme?

It is the third consecutive year as Delhi witnesses the odd-even scheme for cars. Between November 4 and 15, odd-numbered vehicles will be allowed on Delhi roads on odd dates and even-numbered vehicles will be allowed on even dates between 8 a.m. and 8 p.m. While some have hailed the move, others including senior BJP leaders have dissed it openly. One even went ahead and violated the rule on Day 1 itself. He was stopped barely a 100 metres from his home and fined.

November 10 (Sunday) is open for all cars to be on the road. There are exceptions, and we will get to that in a bit.

The odd-even rationing was first rolled out on January 1, 2016, with a motive to battle the pollution and smog as Delhi recorded alarming levels of the same. The rationing scheme has been rolled out every winter since.

While announcing the third edition of odd-even scheme, Delhi Chief Minister Arvind Kejriwal said that a study conducted by the University of Chicago has revealed that the previous editions of odd-even had led to a 15% reduction in air pollution. He further said that a 10% to 13% reduction in air pollution levels could be expected after the odd-even scheme in 2019.

However, with the hazardous particulate matter in Delhi’s air soaring, the question arises if the move would be enough.

A report submitted to the Delhi government and Delhi Pollution Control Committee in January 2016 stressed on vehicular emissions contributing to over half of Delhi’s air pollution.

The Comprehensive Study on Air Pollution and Green House Gases (GHGs) in Delhi (Final Report: Air Pollution Component) conducted by Prof Mukesh Sharma and Prof Onkar Dikshit of the Department of Civil Engineering, IIT Kanpur, studied air quality measurements, emission inventory, air quality modelling, control options and proposed an action plan. The Graded Action Response Plan (GRAP) framed by the Environment Pollution (Prevention & Control) Authority (EPCA) for the NCR was based on this study. The GRAP is credited to have been a major contributor in bringing down pollution levels. 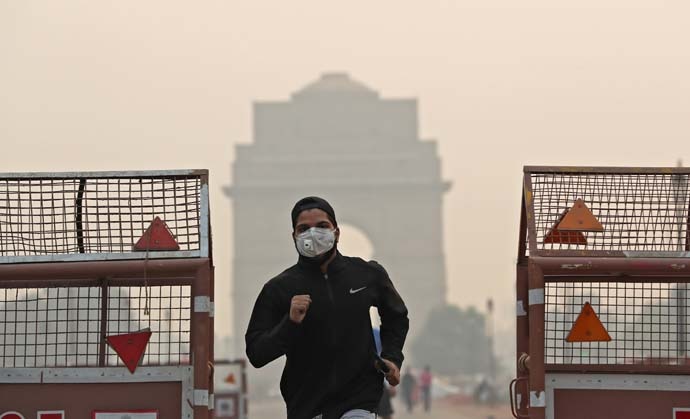 With the PM levels skyrocketing in Delhi’s air, will two weeks of odd-even rationing be enough? (Photo: Reuters)

NOx (oxides of nitrogen — nitrogen dioxide and nitric oxide) gases present in the air react to form smog and acid rain. They are also central to the formation of fine particulate matter (PM) and ground-level ozone. The study ranked the source apportionment for NOx thus: industrial point sources (52%), vehicles (36%), followed by diesel gensets (6%).

Other studies including the ones conducted by the Ministry of Environment and Forests in 2003, IIT Delhi in 2007, CSIR-National Environmental Engineering Research Institute (CSIR-NEERI), Nagpur in 2008, and System of Air Quality, Weather Forecasting And Research (SAFAR) in 2011 oscillated between the role of road dust and vehicular emissions, the IIT Kanpur study stressed and proved the contribution of moving vehicles to more than half of Delhi’s air pollution.

In 2019, we're in the third year of seeing the odd-even scheme being implemented on Delhi roads. But the rules are stricter and the fines heftier this time around.

If you are driving your car in Delhi, here are five things you need to know before you decide on the day’s drive:

1. The penalty for violating the odd-even rule is Rs 4,000. So unless you are loaded on cash, do not attempt to violate. Only VIPs are exempted from it — BJP leader Vijay Goel drove out of his home in an odd-numbered SUV on Monday (even-numbered day) and was promptly stopped and fined. The list of VIPs exempted includes: the President, Vice-President, Prime Minister, state governors, Chief Justice of India, Speakers of the Lok Sabha, Union ministers, leaders of the Opposition of both the Houses, Supreme Court judges, chairman of UPSC, chief election commissioners and CAG, deputy chairman of Rajya Sabha and deputy speaker of Lok Sabha and lieutenant-general of NCT/Delhi and judges of high court and members of the Lokayukta. Enforcement vehicles and defence vehicles will also be exempted, as will be the electric vehicles. The VIP list, however, does not include the Delhi chief minister or Delhi government ministers.

2. There is no exemption for privately-owned CNG vehicles since such exemptions were misused by non-CNG vehicles bearing CNG stickers in the earlier editions of the scheme. The rule will apply to all non-transport four-wheeler vehicles and even those coming in from other states. There will be no exemptions for carpooling either. So ensure that you carpool in the right numbered vehicle.

3. The challan can be issued only once in a day for violation of Section 115 (Power to restrict the use of vehicles by the state government or any authority authorised by the state government) of the Motor Vehicle Act. If you violate the rule, you will be allowed to park your car at a designated area or at Metro stations after paying the fine. 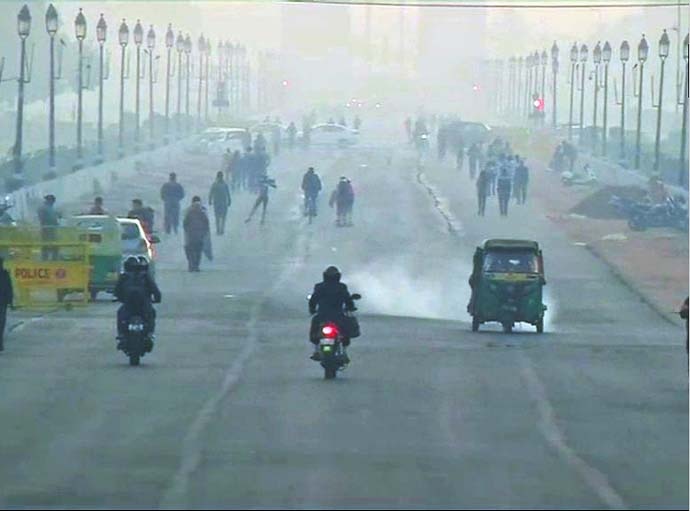 Whether it helps to bring down the pollution levels or not, the odd-even scheme has reduced the traffic on the congested Delhi roads. (Photo: ANI)

4. If you have a schoolkid in the car, your private vehicle is exempted from the rule. Similarly, in case of a medical emergency, you may be provided exemption on a trust basis. Two-wheelers, women driving private cars (alone or with a child under the age of 12 years), cars having all women as occupants, private vehicles transporting school children in uniform during school time, and vehicles of persons with physical disabilities are also exempted from the odd-even rule.

5. The government has mandated 2,000 additional buses to be deployed during the period. The Delhi Metro will conduct 61 additional trips during the scheme. Auto-rickshaw drivers have been asked to go by the meter prices and app-based cab services — Uber and Ola — have been warned against surge pricing during the implementation of the scheme.

Post your comment
#Vijaygoel, #Arvindkejriwal, #Delhiair, #Oddeven
The views and opinions expressed in this article are those of the authors and do not necessarily reflect the official policy or position of DailyO.in or the India Today Group. The writers are solely responsible for any claims arising out of the contents of this article.