Caught in a catch-22 situation, Beijing cannot use solar power to reduce its air pollution. The reason? Air pollution.

Even as it attempts to stem the overwhelming pollution in the air, China’s switch to renewables has hit an unexpected barrier. The barrier is the polluted air itself and the smog that is so thick that it is preventing sun rays from reaching solar panels.

A new study published in Nature Energy says that air pollution has decreased the potential solar generation by 11% to 15% between 1960 and 2015.

China’s air pollution is ranked worst in the world. In Beijing, the concentration of deadly fine particulates in the air was reportedly six times higher in 2017 than the limits suggested by the World Health Organisation (WHO). According to Greenpeace, coal accounted for more than 60% of China's energy consumption in 2017. Apocalypse: The smog has been creating dimmer cities and townships in China where sun rays seem to be a luxury. (Photo: Reuters)

While China has taken steps to clean its air since 2013, implementing a number of policies and measures, it seems to be too little and too late. To reduce air pollution and improve its air quality (back to the average levels of the 1960s), China must generate 12% to 13% more solar electricity. A classic case of one step forward and two steps back.

The country seems to have axed the proverbial branch it was sitting on and is caught in a catch-22 situation of its own making. It is a paradox wherein the country has to clear the air pollution for the sun rays to hit the solar panels to reduce air pollution.

While trends in emissions show a considerable decrease in most Chinese cities, it still a far cry from the WHO standards. In fact, the study shows that the effort towards cleaner air has seen only a “minor reversal” of the apocalypse-like dimming (because of low sunshine) between 2010 and 2015.

To put this in an economic perspective, the study states that the researchers used the current feed-in tariff of USD 0.14 per kilowatt-hour and a projected drop to USD 0.09 per kilowatt-hour in 2030. The feed-in tariff is the payment made to households for generating their own electricity through renewable sources. In 2016, this would mean cleaner air would have brought USD 1.9 billion worth of electricity. In 2030, the extra 13% of solar potential could have been worth over USD 6 billion per year. All that money seems to be going up with the smoke that haunts the country. This besides, the smog-inducing ozone and fine particles are cutting off an estimated USD 38 billion from the Chinese economy each year in the form of early deaths and lost food production. More than 1.8 million people died from pollution-related illnesses in China in 2015 alone. 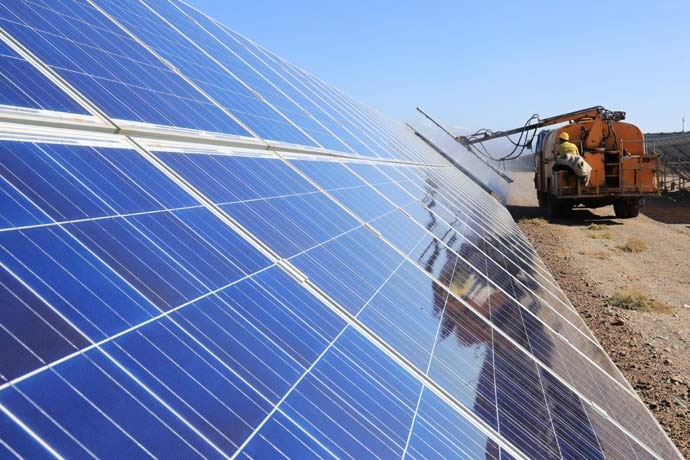 Interestingly, despite still relying heavily on coal and other fossil fuels, China tops the list of countries for solar constructions installed in 2017 — accounting for over half of the world’s installations. According to the World Resources Institute, China has deployed solar power at local levels on households and other buildings in cities. However, these urban solar panels have been particularly badly hit, as the heavily populated regions are heavily-polluting, so the dimming is worse.

After all, what is the point if the sun does not shine on these newly installed panels?

Also read: The Chinese Chand - China is building a new moon. Here's why you should be shivering

Post your comment
#Solar Power, #Fossil Fuels, #Solar Energy, #Renewable Energy
The views and opinions expressed in this article are those of the authors and do not necessarily reflect the official policy or position of DailyO.in or the India Today Group. The writers are solely responsible for any claims arising out of the contents of this article.