Amarnath terror attack: What we can learn about courage from bus driver who saved 50 pilgrims

While seven pilgrims inside the bus were killed and many others were injured when the bus they were travelling in was attacked by terrorists in Anantnag on July 10 night, survivors couldn't thank enough the bus driver for his remarkable courage and presence of mind. "We were in the bus when firing was on from all the sides... the driver drove the bus for a kilometre. It was pitch-dark and we could see nothing," Bhagya Mani, who was inside the ill-fated bus, was quoted as saying by the NDTV. She was speaking from her bed at the Anantnag district hospital. 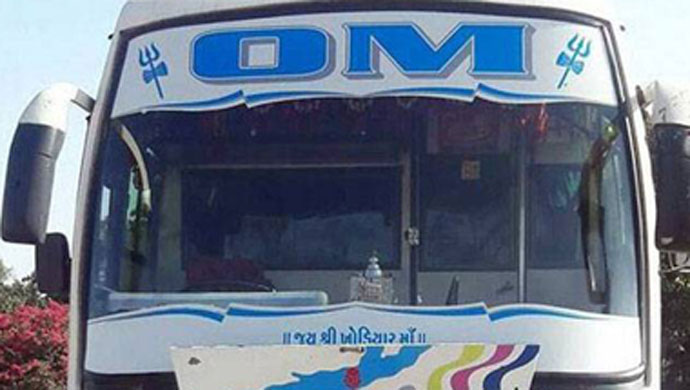 “He kept driving and drove the bus to the DIG office, where all of us were secured,’’ Sudhir from Valsad in Gujarat told the Hindustan Times. Sudhir was travelling with his wife and daughter, according to a report in the newspaper.

"He told me that he did not stop there when terrorists fired, he only looked for a safer spot for pilgrims," Sheikh's cousin Javed Mirza was quoted as saying by the NDTV. Sheikh reportedly called him up after the attack at Anantnag.

God gave me strength to keep moving, and I just did not stop: Salim,Driver of the bus pic.twitter.com/3jm1LQUYLU

Gujarat chief minister Vijay Rupani on Tuesday praised him for showing immense courage and saving the lives of nearly 50 pilgrims.

"Want to thank bus driver for saving the lives of so many people. Will nominate his name for bravery award," Rupani told reporters at Surat airport while receiving those injured in the terror attack.

It was about 8.20pm on Monday, July 10. The white-coloured bus (GJ09Z9979) with Amarnath pilgrims was travelling from Srinagar to Jammu.

Another survivor, Yogesh Prajapati, told India Today TV that it was because of a flat tyre that they got delayed for around two hours forcing them to travel on the Srinagar-Jammu national highway after dark.

As soon as the bus reached near Khanabal, terrorists opened fire.

"We ducked under our seats as bullets flew from all directions. Luckily, the driver didn't panic and kept on driving," Prajapati said.

The driver stopped the bus at an intersection after driving for about a kilometre.