As India grapples with the Covid crisis, Bengal sprung a surprise for many yesterday. Mamata Banerjee-led TMC defeated BJP by over 200 seats in the West Bengal State Assembly Elections 2021.

The week has started on a ray of hope. The newsmaker of the year (Covid, what else?) is finally easing up on the situation and today, India witnessed a slight dip in the daily cases. The country registered over 3.68 lakh fresh cases in the 24 hours ending Monday morning, according to the Union health ministry.

The ministry further said today that Delhi, Gujarat, Maharashtra — among the worst-hit states in the country — are showing signs of a marginal decrease in daily cases. The numbers are still grim, though a slight dip brought some respite. (Photo: Reuters)

But let us not get ahead of ourselves too soon, as the numbers still scream crisis. In 24 hours ending this morning, India also saw 3,417 people succumbing to the virus. The death toll due to Covid now stands at 2,18,959. So, as we have been saying from the word go, masks are your best friends and vaccines and sanitisers are your allies. Of course, the biggest ally is your self-control in staying at home and stepping out (armed with masks and sanitisers) only when absolutely essential.

Staying at your home might be your best bet, but will the government again confine you at home with a lockdown? No, says the Lancet India Task Force on Covid-19. The task force has suggested a 'containment measures checklist' to the Centre, but has asserted that these measures "must be done beyond the current binary discussion on a lockdown". What is the checklist and what the measures? Read here to find out.

Meanwhile, the vaccination drive in some states is still in a limbo, thanks to the shortage of vaccines. SII’s Adar Poonawalla says that the lack will continue till July. The drive, though, has begun in most states and you can find out the details of immunisation in major private hospitals in your city here. Have you been jabbed yet? (Photo: Getty Images)

Amidst the scarcity of jabs, American pharma giant — Pfizer — has donated drugs worth USD 70 million to India.

The oxygen situation, though, is still showing no respite. On Sunday, the Supreme Court directed the BJP-led central government to ensure that Delhi's oxygen supply issue is rectified by midnight on Monday. While on its part the Centre increased the national capital’s daily quota of oxygen to 590 metric tonnes (MT) from 490 MT, the AAP-led Delhi government has been demanding 976 metric tonnes of oxygen.

The Indian Railways, meanwhile, has been championing in trying to meet Delhi’s oxygen requirement. Oxygen Express train is all set to deliver the biggest single-day load in Delhi by tomorrow morning. Not to be left behind, the Indian Air Force (IAF) has airlifted four oxygen containers from Frankfurt to the base in Delhi. Get oxygen where you can find: A patient being administered oxygen support in an autorickshaw in Delhi. (Photo: PTI)

Our Word Of The Day comes from that — airlift. The dictionary defines it as the ‘act of transporting people or supplies by aircraft, typically in a blockade or other emergency’. The present Covid situation in India qualifies to be called a full-blown emergency. The word is an amalgamation of ‘air’ and ‘lift’ and was used as a verb in 1948-1949, during the US-British response to the Soviet blockade of West Berlin. As history goes, two days after USSR began the Berlin blockade, the US retaliated by sending a massive airlift of supplies into West Berlin. It was to become one of the greatest logistical efforts in history. You will also remember that Akshay Kumar movie named Airlift on another historical airlift.

Meanwhile, other friends of India including the US, UK, France, Taiwan, Uzbekistan and Belgium have either already sent medical supplies and oxygen plants to India, or have promised to at the earliest. Maitri at its best!

Coming now to the other biggest news that has been grabbing the headlines, the Assembly election in four states and Puducherry results are out. Bucking the anti-incumbency trend triumphantly, CMs Pinarayi Vijayan (Kerala, LDF), Mamata Banerjee (West Bengal, TMC) and Sarbananda Sonowal (Assam, BJP) are back in their respective states. However, it is a unique case in Bengal where the Chief Minister lost her seat, but the party registered a bigger victory than the previous Assembly elections. Didi lost the election from the Nandigram constituency to BJP’s Suvendu Adhikari. Read here to know if she can remain the Chief Minister after losing her own seat. Didi, however, has hinted at foul play and said she will move court over the verdict. 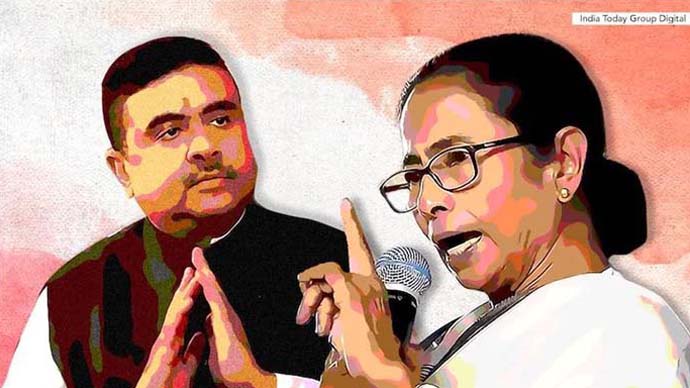 Voters in Tamil Nadu and Puducherry did not want to take second chances with their respective CMs Edappadi Palaniswami (AIADMK) and V Narayanasamy (Congress). While MK Stalin-led DMK rode to a smashing victory in TN, NDA (AINRC and BJP) managed to win Puducherry with AINRA, winning 10 of the 30 seats and BJP winning six.

This is not the first time, though, that the DMK has managed such a spectacular finish in Assembly polls. The party of the rising sun, in fact, was the first one, other than the Indian National Congress, to win Assembly elections with a clear majority on its own in any state in India. This was in the 1967 Madras Legislative Assembly election when the party (headed by CN Annadurai) led the coalition called the United Front. DMK alone won 137 (of the 234) seats and the coalition bagged 179 seats. The primary opponent, Congress, managed to scrape through with a measly 51 seats. 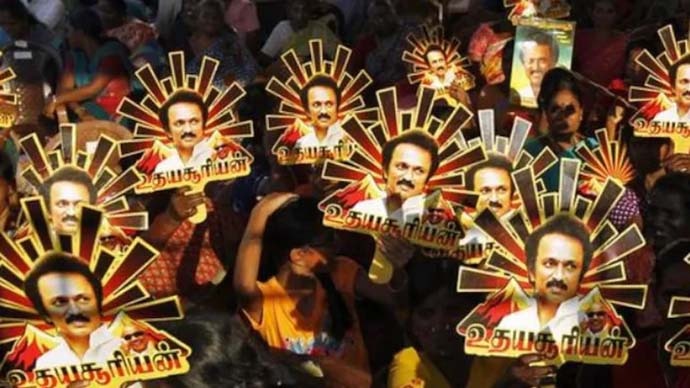 However, today DMK and Congress are allies, fighting on the same side. Such is the transient nature of politics where there are no permanent friends or foes. Sab moh maya hai.

What is real and not moh maya is the pandemic. And to help you stay strong and not vulnerable to the virus, we have been suggesting various immunity boosters. Today, however, we bring you something that will help you calm down with all the pandemic panic around. This special brew is what you need to beat both, stress and respiratory distress.

The dreaded virus has not spared IPL either. While that was one way to beat time staying at home amid the unending curfews, the situation there also seems grim. CSK bowling coach L Balaji and CEO Kasi Viswanathan have reportedly tested Covid positive.

Today at the Narendra Modi Stadium in Ahmedabad, there will be no CSK though. The match is scheduled between the Kolkata Knight Riders (KKR) and the Royal Challengers Bangalore. You can catch all the action live here.

Sip your tea and watch the match. There is no point in trying to go out. The virus will catch you even if you manage to give the cops the slip.

#Covid vaccination phase 3, #Mamata Banerjee, #DMK, #Covid-19
The views and opinions expressed in this article are those of the authors and do not necessarily reflect the official policy or position of DailyO.in or the India Today Group. The writers are solely responsible for any claims arising out of the contents of this article.