The spunky, talented action girl is not often spotted at Bollywood weddings, parties or exiting airports, looking perfect. She minds her own business and her box office success.

With rave reviews pouring in for Badla, it is now certain that Taapsee Pannu is here to stay in Bollywood. She is rarely seen in 'his' film’s success party, 'her' daughter’s birthday bash. Isn’t it surprising also that we have rarely seen Taapsee Pannu’s 'airport look', 'gym look' et al? She has never been seen on Koffee with Karan as well.

So, what does she do with all that time then?

Well, she saves a lot of time and does things that matter. She has an official app, for instance.  But it’s not for the app that we love Taapsee — we love her for absolutely different reasons. It has nothing to do with Badla, Manmarziyaan, Mulk, Soorma or Pink in particular.

Both are what Bollywood would label ‘thinking man’s actresses’. Well, beyond the clichés, both of them are strong — in reel and real life. They don’t belong to any director’s-favourite club. They are outsiders — no matter how many years they spend in the industry. And their work speaks for them.

When someone asked her why her name is spelt so weirdly, she didn't give a wishy-washy reply. She clearly told people her father is a numerology enthusiast and she was the ‘chosen one’ for all his experiments. So, there are double letters in her name. 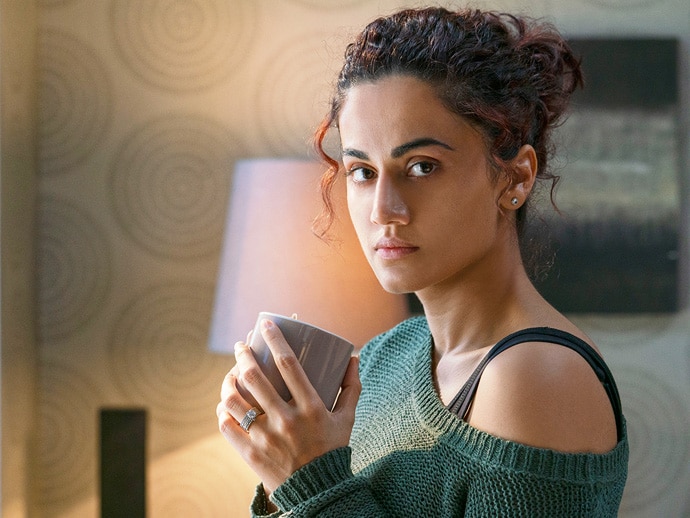 Why we love Taapsee — A no-nonsense girl who's made her way into three film industries without any backing. (Photo: Twitter)

Taapsee is not one who will say 'Oh, #MeToo exists everywhere' on being asked her take on the movement the industry has woken up to. She is vocal — she has spoken her mind openly about nepotism — how she got rejected for not being someone’s daughter or sister; about the casting couch — how industries (in the south as well) are infested with this; about online trolling — when she was trolled on a bikini photo.

She is not politically correct.

She doesn’t want to be.

She is a go-getter. At a time when she became a regular face in Tamil and Telugu films, she started her own wedding planning company in Hyderabad. Now she owns a badminton team (Pune) in the Premier Badminton League.

As she now carries Bollywood fame around her slender shoulders, she doesn’t want to be just a heroine in Tamil and Telugu movies anymore. She talks about profit-sharing where, instead of a fixed fee, she would get a certain percentage from the business a film makes.

5.). She is what Bollywood wants everyone to dream about

Doesn’t Bollywood want us to believe that at the end of the tunnel, there is light?

Well, Taapsee Pannu can actually be the poster girl for that dream — aspirational, empowered, fearless — the industry wants to sell.

Not a beauty pageant winner, not a pampered star kid — an engineer by education, Taapsee now has her hands full with stardom. One foot in Bollywood, another in South Indian industries, she is definitely the power girl we need!

Also Read: Why 2018 has been the year of Ayushmann Khurrana