Ban vs un-ban: Why the Tiktok ban was simply a ticking time bomb!

For the moment, time seems to be on Tiktok's side. But the freedom of expression we take for granted isn’t that infinite after all! For even when the freedom was taken from us, we could do nothing.

For a nation that boasts of being the largest functioning democracy in the world, the Tiktok ban came as a shockwave! It also inspired a whole bunch of conversations between non-millennials who were found scratching their heads asking, “What is a Tiktok”?

Tiktok — owned by the Chinese firm Bytedance — is a success story like no other in the Indian UGC market.

UGC — before you wonder — is User Generated Content. Every time you put up an Instagram story, showing off a strategically placed tank top to cover the essentials, or upload your dessert or put up a photo with your mum, you, my friend, have become a UGC creator. While an Amazon and Netflix might be shoving the saas-bahus out of our television screens, the fact is, most content we watch on a daily basis is UGC (now that you know the word!).

We’re laughing at our friends Facebook posts, sometimes mocking people’s fashion choices and sometimes even (don’t even deny it!) stalking an ex to see what pictures they've put up, hoping they’ll never find out!

With over 20 million active users in India, Tiktok seems like the nation’s current favourite pass-time. The story seemed more than rosy until the Madras High Court asked for an interim ban on all downloads of the app from the IOS store and the Google play store. Weirdly, this ban was far from absolute — it just meant you couldn’t be a new user or a new Tiktoker, if one wants to use the 'in' jargon right now!

On the grounds that Tiktok had become a hunting ground for paedophiles, and that it has content that was pornographic in nature, the High Court went out and banned the app altogether.

The Supreme Court, in keeping with its image of being one of the coolest in the world (don’t forget them scrapping sec 377!), remained a beacon of hope for the 10,00,000 daily views by saying, this matter needs to be sorted by April 24th or the ban goes!

If I haven’t mentioned already, I LOVE our apex court! #FullRespect!

We’ve come to a point where we’re now taking inspiration from the Nepalese Court which only recently reversed its ban on PUBG because “the court observed that PUBG was basically a game used by the general public for entertainment. Since press freedom and freedom of expression are guaranteed by the constitution, it is necessary to prove that such bans are just, fair and reasonable.”

Thank god someone didn’t have their knickers in a knot!

How then, does a country like ours, with a global perspective, and elections ongoing, so freely go about culling the basic right of freedom of expression? What worried social media enthusiasts, like me, was the fact that today it is Tiktok — tomorrow it could be the internet altogether, right!

The ban was lifted and the Madras High Court said, they were only concerned for “children’s safety”. As earnest as that argument is, to single out one app, when UGC across multiple platforms does have “objectionable content”, hardly seems fair to me. 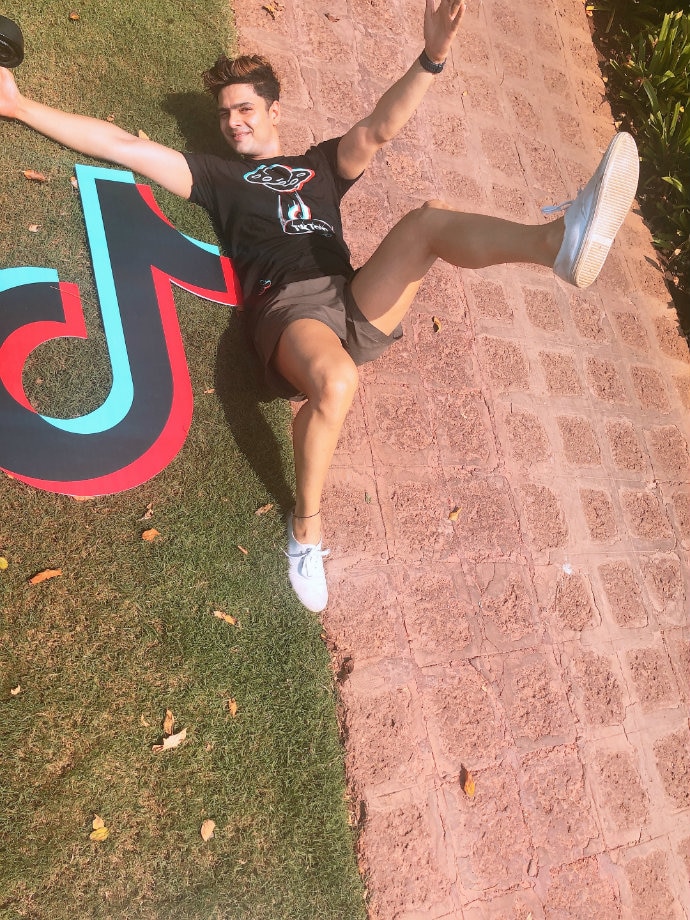 Tiktok has provided a platform to so many creators in the most remote villages of this country by making them superstars. Without exaggerating, some Tiktokers enjoy a following of over 10 million, which is much bigger than a LOT of our Bollywood A-listers!

Think about it — kids, adults, people like you and me are using this one platform to reach an audience size they haven’t been able to reach before. What we do with that potential is in our hands! My own platforms and my personal baby #ParasKeNuskhe skyrocketed to over 91 million views — which Instagram wouldn’t be able to get me. If we launch a line of organic beauty products by Paras soon (I promise this isn’t a blatant plug), it’ll be all thanks to the kind of platform Tiktok seems to have provided.

There’s a reason even SRK is promoting his films on Tiktok — that should tell you something! #JustSaying

For the moment, time seems to be on Tiktok's side —  but this whole episode did worry me. Maybe the freedom of expression we take for granted isn’t that infinite after all, Because, the fact is when they did go away and these rights were taken from us, even if for a little while, we could honestly do nothing.

Also read: Ticking Again: TikTok was banned in India for three weeks. Here’s what happened in those 21 days

Post your comment
#China, #Madras HC, #Social Media, #Tiktok
The views and opinions expressed in this article are those of the authors and do not necessarily reflect the official policy or position of DailyO.in or the India Today Group. The writers are solely responsible for any claims arising out of the contents of this article.