Molestations, rapes and sexual assaults continue to happen unhampered across the country irrespective of 'what one is wearing'. Twitter reactions.

“If you put enough CCTVs in dark alleys, you’ll find every city is Delhi.”

This is a tweet that sums up everything that has happened in Bangalore on New Year’s Eve. Even as politicians continue to blab about "western influences" and "women in skimpy clothes" attracting and deserving attacks, overwhelming proof exists that molestations, rapes and sexual assaults continue to happen unhampered across the country irrespective of what one is wearing. 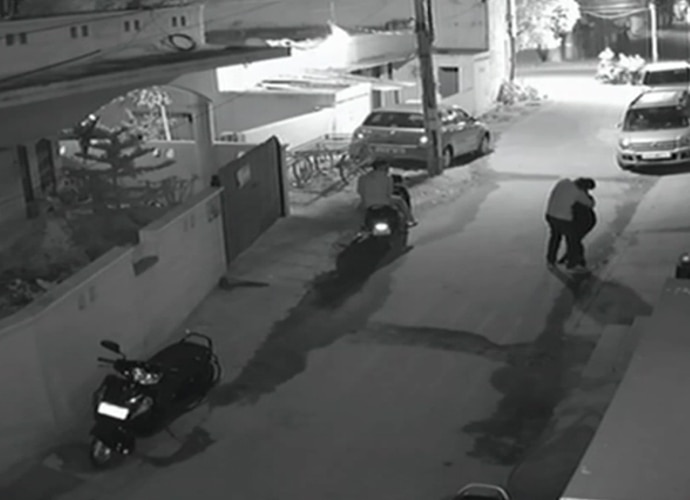 The disturbing CCTV footage that has emerged from the Kamanahalli area in Bangalore, recorded on January 1, shows two bike-borne men stopping and molesting a woman even as bystanders stood by and watched this happen. This shameful footage juxtaposed against #NotAllMen-screaming “men’s rights activists” and idiotic politicians, makes one wonder just how women have managed to survive into the 21st century at all.

TheNewsMinute reported that the Banasawadi police detained several men in connection with the molestation incident in Kammanahalli. The police also added that CCTV camera footage from six different locations. The police are also tracing the location of the cellphones of the detained men, to establish if they were present in the area at the time of the crime.

While swift police action is commendable, one has to wonder if this, in the case of Bangalore, stems from the enormous amount of media attention and public outrage this story has received. Whatever be the case, one thing that remains a constant, is that no city in India is safe for women. No matter how rural, or how cosmopolitan, as long as there isn’t a collective understanding of consent, space and respect among Indian men, even an abundance of CCTVs, cops, neighbourhood watches, pepper-spray and tasers won’t help Indian women feel safe.

Technology has done its job. Time for @CPBlr to do his. Such scums do not deserve a civilised society.

And while you pour scorn over the attackers, a special mention for those standing by at edge of the road, watching.

Bangalore is the new Delhi.In fact if you put enough CCTVs in dark alleys, you'll find every city is Delhi.

thought tat Bangalore was a safe city for women. After seeing the cctv footage of molestation I am convinced its not #Bengalurumolestation

Yet another incident of new-year molestation comes to light 4m #Bengaluru????Mr #AbuAzmi was her cloths provocative?????https://t.co/nHvw9zZiGB

Saw cctv footage of a woman being groped in Bengaluru !! Why silence now?? Is money more important than people @narendramodi ? What a shame.

Look at the accomplices standing at the end of the road. Horrifying how the beasts crawl out under the cover of darkness in #Bengaluru pic.twitter.com/B6pdmKbHiL

Shame on Bengaluru men. Shame on men in general. Saw a disturbing video of the terrible night. Hope these men r caught and shamed in public.

That CCTV footage is just so appalling, more so when such derogatory statements are made from the people whom we vote! #Bengaluru

This footage of two Bangalore men groping & molesting a woman is beyond words. Specially since people around just stood by and watched. ???????? pic.twitter.com/niFsqnaD3j