DailyOh! Basavaraj Bommai is the new CM of Karnataka, to the Indian girl-power at the Olympics

BJP leader Basavaraj Bommai was sworn in as the 23rd Chief Minister of Karnataka this morning. The Home Minister in the BS Yediyurappa government was among the top contenders for the Chief Minister's post. In fact, his name was proposed by Yediyurappa himself, and backed by all other BJP MLAs. 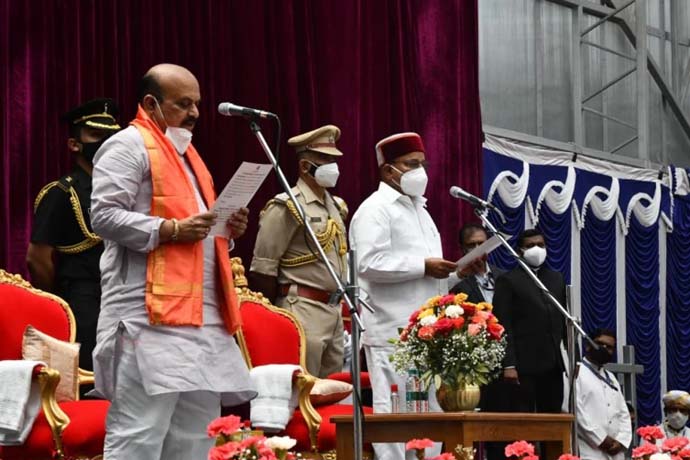 From being a Tata Motors employee to becoming the Chief Minister of Karnataka, Basavaraj Bommai’s journey in politics has been full of twists and turns.

Known as an affable leader, with friends across parties, 61-year-old Basavaraj incidentally has no roots in the BJP’s ideology. However, he has a tall legacy. A politician with socialist moorings, Basavaraj followed in the footsteps of his father and the former CM, SR Bommai, as a leader of the Janata Party. He joined the BJP in 2008 and has been with the party ever since — even when his mentor Yediyurappa quit the BJP ahead of the 2013 elections.

He soon rose to become a key trouble-shooter for BJP and is known for his accommodative nature and a willingness to let bygones be bygones to achieve his goals. For instance, before taking the oath today, he touched the feet of his predecessor, BS Yediyurappa, and sought his blessings for the new term.

Basavaraj’s political grooming started at home. His father, SR Bommai was known as a ponderous, calculative politician, and a skilful backroom organiser. He replaced Ramakrishna Hegde as the Karnataka CM on August 13, 1988, yet maintained cordial relationships — his detractors called him Hegde’s Bommai, the word bommai translating to “toy” or “puppet”. But Bommai soon proved contrary and raked up a storm when it was required. 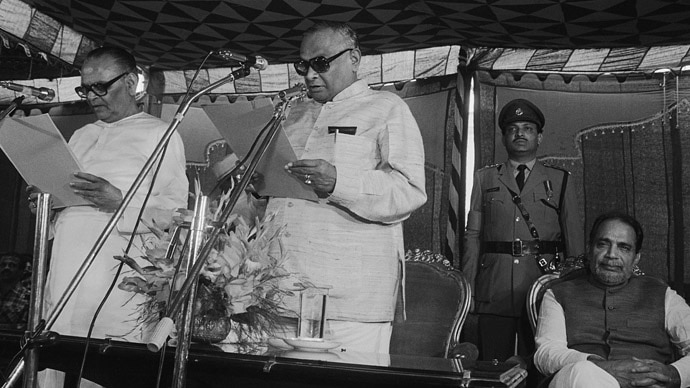 When the Congress government at the Centre dismissed him as Chief Minister on April 21, 1989, Bommai moved the Supreme Court challenging his dismissal. The apex court gave a landmark judgement in the SR Bommai vs. Union of India case, making floor test the benchmark for testing the majority of a head of government in the event of doubt.

The case had a huge impact on Centre-State relations and put an end to the arbitrary dismissal of state governments by a hostile Central government. The instances of imposition of President's Rule reduced dramatically, and even today the judgement stands for floor test being stipulated as the sole yardstick for testing the majority. All thanks to SR Bommai. 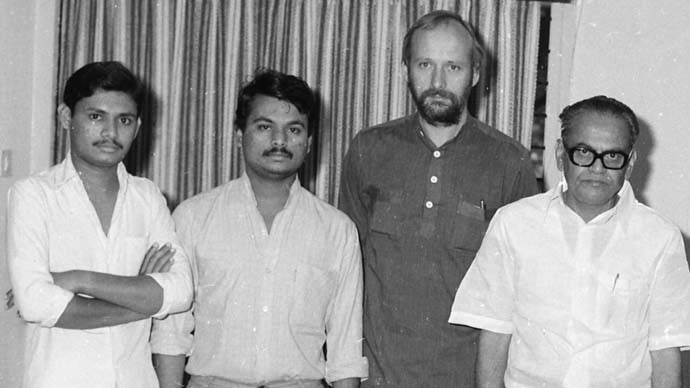 The grooming started back home: CM Basavaraj (second from the left) with his father, former CM SR Bommai (extreme right).

Back to the present, CM Basavaraj faces the challenges of floods in the state and an anticipated third wave of Covid-19 among the major challenges before his government.

It is not just Karnataka or CM Basavaraj, but the whole country seems to be gearing for the Covid challenge. Call it the foreboding ahead of a third wave, or being cautious after a devastating second wave, the Home Ministry today extended the validity of Covid-19 guidelines till August 31. The Ministry has also asked the states to ensure the "strictest possible measures" in districts that have a high positivity rate.

According to the Ministry of Health and Family Welfare, Kerala accounts for 50 per cent of all active Covid-19 cases in the country, and expressed concern at the upward graph of new cases reported from the state over the last four weeks. Meanwhile, there seems to be another “serious” virus floating around. At least Bengal CM Mamata Banerjee seems to think so. "What is Pegasus? It’s a high-loaded virus. Our safety and security are at risk,” Didi said today. Speaking to reporters in Delhi, she in fact seems to think that the Pegasus spyware row is a situation that is more serious than the Emergency.

Mamata Banerjee is in the national capital and met Sonia Gandhi today for tea, after paying the PM a “courtesy visit” yesterday. After their chai pe charcha, Didi addressed the media outside Sonia Gandhi's 10, Janpath residence and termed her meeting with the latter as "very good and positive". "A positive result should come out of it in the near future," she said. Rahul Gandhi was also present during this meeting. 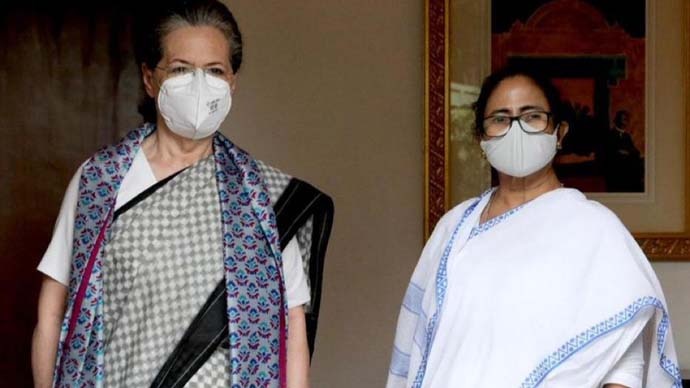 She then met Delhi CM Arvind Kejriwal and is set to meet other senior opposition leaders, including NCP chief Sharad Pawar over the course of her five-day trip to the national capital.

From Delhi, let’s head to Tokyo where it is Indian girl-power all the way at the Olympics.

Archer Deepika Kumari has reached the pre-quarters of the Women’s Individual event after winning against USA’s Jennifer Mucino-Fernandez by 6-4 margin in a nail-biting, closely-contested match, battling windy conditions and a shaky start. Earlier in the day, she brushed off a challenge from Bhutan’s Karma in the Round of 64, again despite the difficult wind conditions at the range in Tokyo. While Deepika was shooting the right arrows, PV Sindhu was unstoppable with the shuttle and the racquet. The Rio Olympic silver medalist broke no sweat as she eased into the Round of 16 of Women’s Singles badminton this morning.

With Sindhu’s brilliant performance at the game, we thought to tell you what badminton is. Our Word of The Day is defined in the dictionary as ‘a game with rackets in which a shuttlecock is hit back and forth across a net.’ The name of the game comes from Badminton House — an estate in Gloucestershire — where the game was first played in England. It is the private home of the Duke of Beaufort — the title (and the House) is presently held by Henry Somerset, who is the 12th Duke of Beaufort. The name of the place comes from the Old English word Badimyncgtun that translates to “estate of (a man called) Baduhelm”

Did you know that while badminton is named after an estate in England, versions of the game had been played for centuries by children in India and China? It went to England through the British Army officers stationed in Pune (or then called Poona) in Maharashtra in the 1860s. The officers added a net and the game became a competitive sport called "poona", with documented rules in 1867. It was years later, in 1873 that the sport made its way to England and gained its current title after guests at a Badminton House lawn party, held by the Duke of Beaufort introduced it to their friends as "the Badminton game".  From Kohinoor to badminton, it all went to England from India. You go, girl! PV Sindhu is now in the Round of 16 as the top player of Group J. (AP Photo)

Sindhu is the only Indian remaining with a medal chance in badminton at the Tokyo Olympics. The doubles pairing of Satwiksairaj Rankireddy and Chirag Shetty missed out on quarters berth despite a strong show in the group stages. And male shuttler Sai Praneeth bowed out of the Olympics after losing both his group stage matches.

Need more punch to that girl-power? Boxer Pooja Rani has moved a step closer towards her maiden Olympic medal after out-punching Algeria’s Ichrak Chaib. The 30-year-old Bhiwani girl is now in the quarterfinals of the women’s middleweight (75kg category).

If you need more girl-power today, feel free to grab a copy of Gabriela Garcia's masterful debut novel, Of Women and Salt. It is the story of women across generations who have braved racism, colourism, demons in their heads (and outside) to become extraordinary people.

We will see you tomorrow with more news, views and trivia. Bye!

#PV Sindhu, #Badminton, #Tokyo olympics 2020, #Covid-19
The views and opinions expressed in this article are those of the authors and do not necessarily reflect the official policy or position of DailyO.in or the India Today Group. The writers are solely responsible for any claims arising out of the contents of this article.