Two months short of his century, the Queen’s husband passed away today. Prince Philip, the Duke of Edinburgh was 99 and married Queen Elizabeth the same year India won its Independence. Well into his 90s, Prince Philip continued to travel around England supporting the Queen, both on state occasions and royal visits. From Britain, let’s get home to India where the fate of many would be decided on May 2. Not just many politicians, but many Romeos too. UP chief minister Yogi Adityanath has told Bengal, if BJP comes to power in the state, Romeos would be sent to jail by anti-Romeo squads. TMC Lok Sabha MP from Krishnanagar, Mahua Moitra, however, says Bengalis are lovers at heart and love their music, poetry, mishti and yes, their Romeos too. The lovers-at-heart have no love for CM Yogi and “his ilk”. But why did Moitra call Yogi ji as Gudduji? She owes no explanation. Moitra’s boss Mamata Banerjee owes one to the Election Commission. 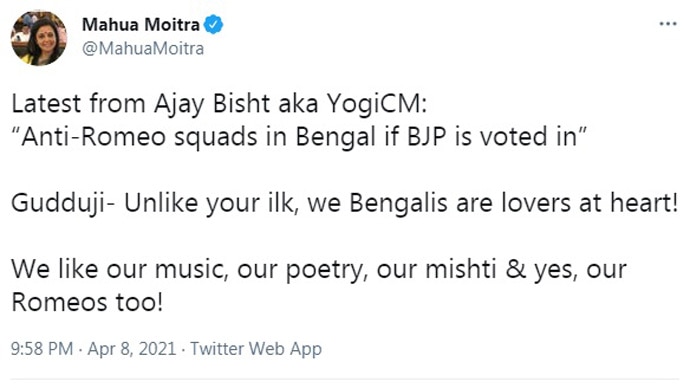 The Election Commission has asked Mamata Banerjee to explain comments made during the Bengal campaign telling people to "gherao" central security forces. She has time till 11 am tomorrow to answer the question. Mamata attacked the central forces twice – March 28 and April 7 – saying the forces were acting at the behest of Union Home Minister Amit Shah. Mamata wants, at her behest, women in Bengal should gherao central forces and another group, meanwhile, go and cast their votes. What stands in between Mamata and central forces is the Election Commission. Speaking on behalf of the forces, EC said to Mamata the false, provocative and intemperate statements attempted to vilify central forces and had caused extreme demoralisation in their ranks.

What did Zulfiqar Ali say to the Prime Minister in his ears? “I want to click a photograph with you.” AIMIM chief Asaduddin Owaisi, who hazarded a guess that Ali whispered, “Hum kagaz nahi dikhayenge [We won’t show our papers],” has been proven wrong. Also wrong were people who asked Owaisi the question because only two people had the answer to it – Ali and Modi. Leading virologist Gagandeep Kang has the answer to the concerns over blood clots reportedly caused by Oxford-AstraZeneca's Covid-19 vaccine, manufactured and sold in India by the Serum Institute of India, as Covishield. Gang has called it a "very small risk" with absolutely no need for apprehension. Many countries have either halted or limited the use of the AstraZeneca vaccine over fears that it can cause serious blood clots.

We will come to the clot in a bit. First to the availability of vaccines. Congress leader Rahul Gandhi has written a letter to PM Modi requesting that vaccination be opened up for all those who need it. Rahul also said that global supplies of India-manufactured vaccines should be stopped at once. What about Rahul Gandhi’s supplies. 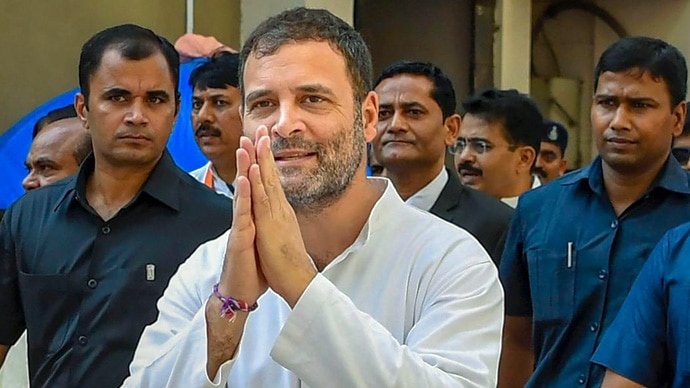 BJP leaders want to know why Rahul isn’t taking the vaccine or if he has already taken it while he went abroad. We will BJP and Congress to each other and move to clots.

What is a clot? A clot is a mass of coagulated blood. What is coagulated blood? You can say it is the gel form of blood. So, a clot clogs the vein or artery. Clot, the Word Of The Day, is both a good thing and bad. The body needs clots to form to stop blood from flowing nonstop and repairing itself. But when a clot blocks the blood flow unnecessarily it can lead to death if one doesn’t get timely help. Clot comes from the German word Klotz, which means ‘lump or block’.

Kang’s message is you can take the coronavirus vaccine without worrying about the clot. Prime Minister Narendra Modi yesterday said the vaccine is there but the emphasis on tracing, tracking and testing should stay. Testing has found former J&K CM Omar Abdullah positive for the virus along with 35 doctors of AIIMS in Delhi. “The law is the same for all,” said the police. The law is the same for all in India too but its imposition may differ.While Solberg lost 20,000 crows, a man lost $20 billion (Rs 15,00,00,00,00,000) in two days flat. No individual has ever lost so much money so quickly. Bill Hwang is a special case. Hwang is, however, free to build his fortunes again. Heard of Allen Stanford? The American was the largest private employer in Antigua and his personal wealth exceeded Antigua’s entire GDP. Stanford made $2.2 billion in 2008. He lost it all soon. While he lost out on wealth, he went on to gain on troubles. Investigations revealed Stanford Financial Group was involved in a $7 billion Ponzi scheme. Where is Stanford now? In prison. Sadly, he won’t ever get out of it because he is serving a 110 year sentence in there.

Indian stockbroker Harshad Mehta, involved in the 1992 Indian securities scam, died while in jail. A Big Bad movie, called The Big Bull, ‘inspired’ from his life is streaming on Disney+ Hotstar. Skip the movie and switch to Scam 1992, the series streaming, on SonyLIV. Top up your series binge with some watermelon ice cream because watermelon has taste and watermelon has health.

A single dose of vaccine may not need the top of a double dose if Johnson & Johnson gets approval for its vaccine in India. The company is in talks with Drugs Controller General of India (DCGI) to begin a clinical trial of its single-dose Covid-19 vaccine in the country. DGCI has said the talks are on but J&J hasn’t applied for trials so far.

The US Navy sent its fleet 130 nautical miles (about 224 kilometres) west of India’s Lakshadweep islands, India's Exclusive Economic Zone, without applying for India’s approval to assert “navigational rights and freedoms”.

What has India said? “If it's an innocent passage, it's not an issue. We don't object to normal transiting. But if there has been an operational exercise without informing [the authorities], then it needs to be taken up.” Any activity within 200 km nautical miles - which falls under EEZ or Indian waters - needs prior permission as per Indian laws.

In the past, India has sent back Chinese ships that got into the area on the pretext of carrying out research activities. Why is US behaving like China? We will know when the matter is taken up.

For now, it will be a wrap on what we had to tell you today.

Have a safe weekend.

#Narendra Modi, #Covid vaccine, #Covid second wave, #Bengal elections
The views and opinions expressed in this article are those of the authors and do not necessarily reflect the official policy or position of DailyO.in or the India Today Group. The writers are solely responsible for any claims arising out of the contents of this article.