From nominated candidates saying they are not BJP members, to party's dissent over fielding 'outsiders'.

You can’t be served drinks and dinner at a party you are not attending. You can’t be given ticket to elections from a party of which you are not even a member. In Bengal, the BJP has done that which can’t be done. The story goes thus: Sometime back, BJP leader Suvendu Adhikari, who sometime back was a TMC leader, reportedly approached Shikha Mitra, wife of former Bengal Congress chief late Somen Mitra, and asked her to join the BJP. According to Shikha Mitra, she said no - a full sentence. Still, the BJP went ahead and announced Shikha Mitra as the BJP candidate for the Chowringhee seat. 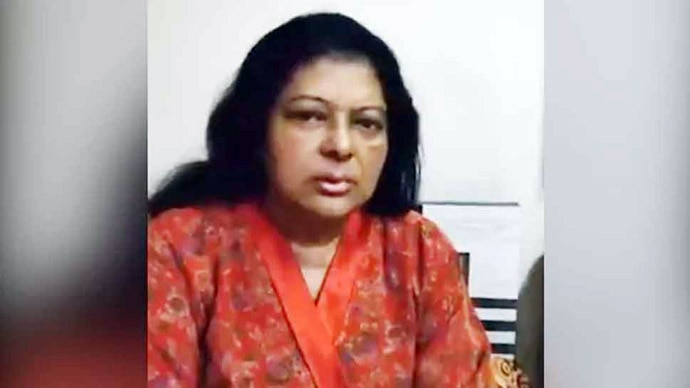 Shikha Mitra has now asked, “Have they lost their mind?” The BJP has not answered that. Now, one mistake can be forgiven till the mistake repeats and counts to two. The BJP named Tarun Saha as the candidate from Kashipur-Belgachhia seat. Tarun is the husband of TMC candidate Mala Saha but Tarun says he himself is not a political person. He said, “I said no to contesting elections.” So, the BJP missed two noes. The party, however, heard the third no which came from within the party against fielding former Chief Economic Adviser Ashok Lahiri from Alipurduar. Lahiri is seen as an 'outsider' in Alipurduar and the BJP is trying to accommodate Lahiri from some other constituency where he would appear like an insider.

Where is the Congress? Difficult question. Congress leader Rahul Gandhi is camping and campaigning in Assam today but a photo posted by the Congress on Twitter announcing Rahul’s programme in Assam put up a photo of a Sri Lankan tea plantation.

Himanta Biswa Sarma, Rahul Gandhi’s ex Congress colleague, asked whether the latter was visiting Assam or Sri Lanka before posting the source of the photo posted by the Congress. In response, the Congress deleted the tweet.

Dear Rahul Gandhi, are you visiting Assam or Sri Lanka? You are welcome to visit our state as a tourist but stop insulting us over and over again! https://t.co/DGSpOfBGcT pic.twitter.com/nXh3S3rdtM 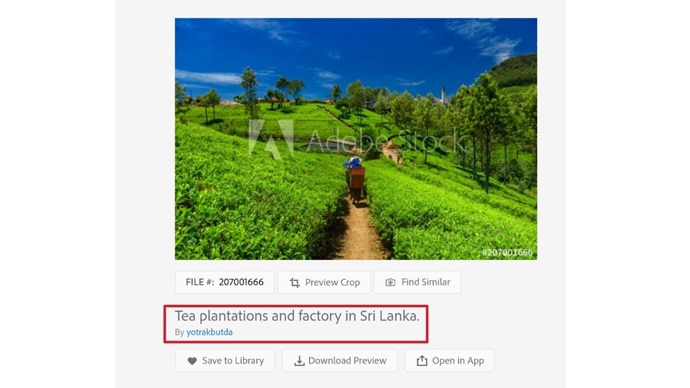 Mumbai ex-cop Sachin Vaze doesn’t have the luxury of the delete option else he could have deleted the video Maharashtra Anti-Terrorism Squad has recovered in connection with the Mukesh Ambani bomb scare case. In the video, suspended Vaze and car dealer Mansukh Hiren can be seen sitting inside a Mercedes car near the CST railway station. Hiren is the man whose body was found from a creek on March 5. The video reportedly is from February 17, the same day Hiren claimed his car was stolen. Which car? The explosive-laden Scorpio which was found outside Mukesh Ambani's home Antilia in Mumbai on February 25.

If Vaze has done what he is being accused of doing, which is planting the explosives and then bumping off Hiren, the question is why? As the note in the car said, “Ye sirf trailer hai.” When the full movie is out, we would know what exactly happened. For now, John Abraham and Emraan Hashmi-starrer Mumbai Saga is out and it’s not on OTT yet so if you want to watch, you know the risks involved. The vaccine can reduce the risk but the vaccine is also at risk. A lot of vaccines, we are told, are being wasted. The national average for vaccine wastage is 6.5 per cent, but some states and Union Territories are wasting more than others. Telangana (17.6 per cent), Andhra Pradesh (11.6 per cent), Uttar Pradesh (9.4 per cent), Karnataka (6.9 per cent) and J&K (6.6 per cent). So far, over 3,46,00,000 vaccine doses have been administered, while 23,00,000 doses have been wasted. Why is this happening? Because this happens.

A World Health Organization estimate says as much as half of the vaccine doses worldwide have been thrown away because they were mishandled, unclaimed or expired. Vaccines in India are being wasted for the same reasons. The Covid vaccines are getting wasted because there aren’t enough people to take them. Yes, a lot of people want them but vaccines are not being given to whoever walks in. They are being given only to identified beneficiaries and there aren’t enough at all vaccination centres. A Covishield vial has 10 doses, while a Covaxin vial contains 20 doses. Once opened, all doses have to be administered within four hours. If not used, the remaining doses go waste and have to be destroyed. Who loves this arrangement? The virus from Wuhan. Who doesn’t love Vladimir Putin? Many, including Putin’s US counterpart Joe Biden. Putin, on his part, has said same to you. It all started with Biden expanding export restrictions on Russia, which started because the US alleges Russia meddled in its election process. Expanding the restrictions, Biden said Moscow will “pay a price” for meddling in US elections and he agrees with the assessment that Putin is a “killer”. To this Putin said, “It takes one to know one” which loosely means jo hota hai wahi bolta hai.

So, for Putin, Biden is the killer and for Biden, Putin is. But who is a killer and is it any different from a murderer?

Killer, the Word Of The Day, means one who kills. A killer is someone who kills, whether by intent or not. A murderer is someone who kills with a motive in mind. One could be with another in a fight exchanging blows. If the blow turns fatal, the person who dealt the blow is a killer. If someone beats, shoots or attacks a person with the clear objective to kill the person, she is a murderer. There is a lesser sentence for killers than murderers and so the difference becomes important in courts. To the dead, it is not important whether they were killed or murdered.

But would it have to mattered to the world if World War II had not ended like it ended? What if the victors were Japan and Germany? Watch The Man in High Castle (2015) to find your answer to our question.

What should you do tomorrow? Watch the India-England final of the T20 series. The match is important is because the series is levelled, with each side winning two matches each in the five-match series. What after the final? The ODI series takes off on March 23, the India squad for which was announced today.

#Rahul Gandhi, #Covid vaccine, #Himanta Biswa Sarma, #Bengalelections
The views and opinions expressed in this article are those of the authors and do not necessarily reflect the official policy or position of DailyO.in or the India Today Group. The writers are solely responsible for any claims arising out of the contents of this article.