How to read the Bangalore girl rejecting marriage over dog story

Someone tell a guy that he's going to be sharing a life with the wife, not his mother.

India is a (mostly) conservative country where arranged marriages still reign and most decisions rest with the groom.

But it's lost to a lot of people that urban India goes through a massive shift of power, with educated women are fighting for equality, and having the upper hand in the "boy meets girl" dynamic.

A screenshot of a WhatsApp conversation between a to-be bride and groom went viral on Tuesday, after the bride rejected the groom because her partner said he wouldn't let her bring her pet dog into the house after the wedding.

She dropped the hammer on the "pavitra rishta" after the prospective partner said that he cannot live with a dog and that his mum "hates dogs in general".

You can read the full conversation below and marvel at how smoothly this girl operated under traditional Indian marriage power struggle. 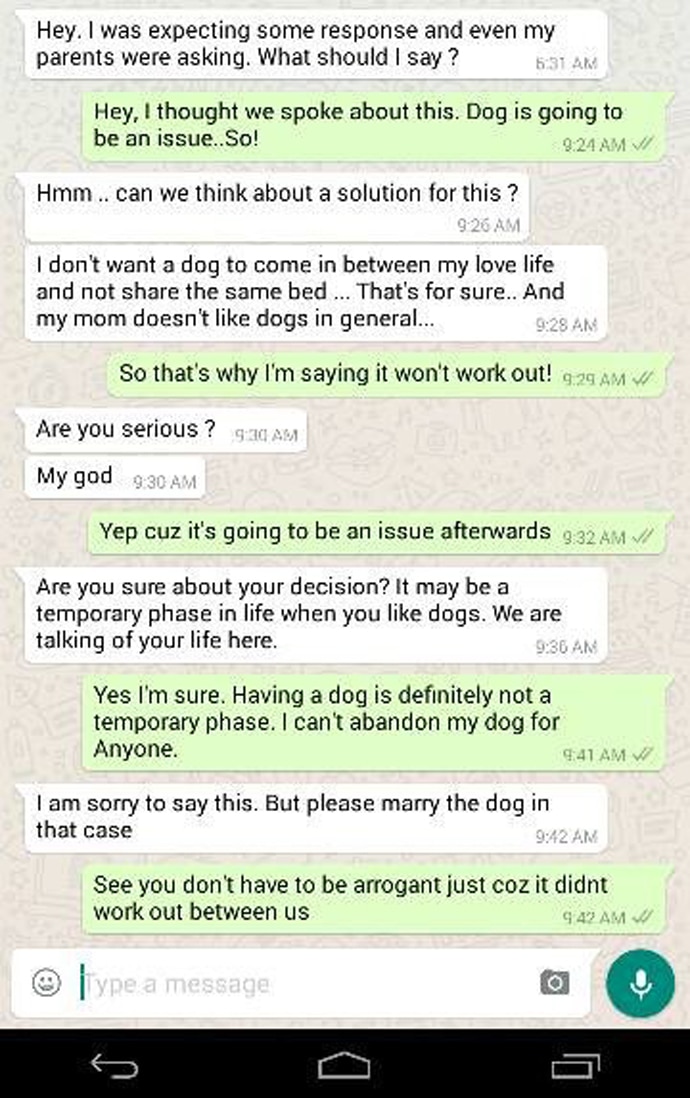 Someone tell him that he's going to be sharing a life with the girl and not his mom. Photo: Twitter (@blahfamous)

That's called chasing your tail, friend. At the end of the altar.

Also read: 7 reasons marriage will be dead in the 21st century