Blaming the Opposition and branding students as 'anti-national' is mere tactics.

The crackdown at Banaras Hindu University (BHU) is proof that every time women in India try and stand up and fight for their rights, patriarchical men and their sexist beliefs stand in the way. On September 23, the Uttar Pradesh police used force to remove protesters — agitating over the lack of safety on campus — from outside vice-chancellor Girish Tripathi's residence and one of the varsity's gates.

In an empathetic world, students would have to protest for safety on campus, let alone be lathicharged for their civilised agitation. But this is India. The university administration has already dubbed the protest a work of “anti-national” and “anarchic” forces that are trying to mar BHU’s image.

The university’s PRO, Rajesh Singh claimed that students from Left-aligned outfit AISA and Samajwadi Party’s student front are the main constituents of the protests. “I have no idea how those sitting on dharna sustained injuries. Some anti-social elements tried to break gate of Mahila Mahavidyalaya on premises,” said Singh.

BHU’s environment is laced with misogyny. From curfews to library access to food, women at BHU have far fewer rights than the men and vice-chancellor Girish Chandra Tripathi can certainly be blamed for it. An RSS Man, Tripathi had once proudly declared: "When the Indian government itself is of the RSS, there is nothing wrong in establishing an RSS shakha in BHU."

It is not, however, what he said in the past that is relevant, but what he is saying now.

According to an Indian Express  report, GC Tripathi — commenting on the case of sexual assault on campus, the victim getting shamed by the administration, the students demanding better rules and the outrage over the lathicharge — said, “If we are going to listen to every demand of every girl we won’t be able to run the university. All these rules are for their safety, all in favour of the girl students.”

The VC went on to say “the allegation that the university does not listen to students is false. This is spread by just a few students. There are 10,000 girls on campus but only a handful are the ones who always have such complaints. We are doing our best for the students. We have formed a committee headed by a high court judge to inquire into the incident.” 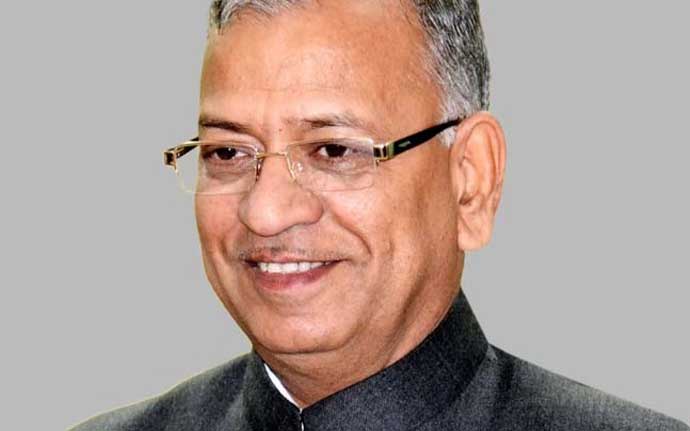 BHU VC Girish Tripathi: 'It is not an incident of molestation, it is one of eve-teasing.'

If a handful of students who complain are met with shaming and police action, to Tripathi — who refuses to take off his ignorant blinkers — any issue that somehow tarnishes the so-called reputation of his university would look like a ploy. So much for constructive criticism, eh?

“This is a rumour that girls are scared or insecure on campus. Where Thursday’s incident happened, there is an amphitheatre where girls play sports wearing shorts. Ask them if they have any fear. This is not right to say that the BHU campus is unsafe for women. No such incident has ever happened since I took over as the VC. No girl or student feels unsafe anywhere on campus. The only ones who always feel so are members of student bodies like AISA and SFI. But we are doing a lot for security. We are forming a security system in which senior students will also be part of the advisory committee if they volunteer,” says Tripathi, in what can only be called standard deflection that the BJP and the Sangh use in the face of tough questions.

Of course, it has to be the Opposition that is plotting, there are no real institutional problems. The women who spoke to various media houses about rampant sexual harassment on campus are lying.

Everything that is shown as wrong with a Sangh-linked institution or individual is always the result of a conspiracy.

On the one hand, Prime Minister Narendra Modi preaches “Beti bachao, Beti padhao”, on the other hand, we have men like Tripathi who wilfully negate facts about rampant sexism on campus, and try to pin arbitrary blame on the Opposition.

Incidentally, the Mahila Maha Vidyalaya was established in 1929 by the university's founder Madan Mohan Malaviya to offer education to women who were stigmatised and inhibited by the regressive society of his time. Today, it is a hotbed of sexual harassment and sexism, owing to men like GC Tripathi.

If that is not a throwback to a darker time, what is?

Also read: Why BHU VC Girish Tripathi, RSS man with links to Modi, is being blamed for crackdown