DailyOh! How NDA crossed the 122 mark, to Bihar chief minister who found his fish poisoned

The BJP has made it clear that Nitish Kumar will be the next chief minister of Bihar.

Bihar Chief Minister Nitish Kumar reportedly told Deputy Chief Minister Sushil Modi at 4 am over a phone call, “Hum log aa gaye hain.” Hum in the Hindi belt of Uttar Pradesh and Bihar is a confusing word. It is used to identify a group and at the same time can be used by an individual to identify himself. Hum aa gaye hain can mean "we have arrived" and can also mean “I have arrived”. But Nitish also used log, which gives a sense that by hum he meant the NDA or maybe just Nitish and Sushil as chief minister and deputy chief minister dobara. 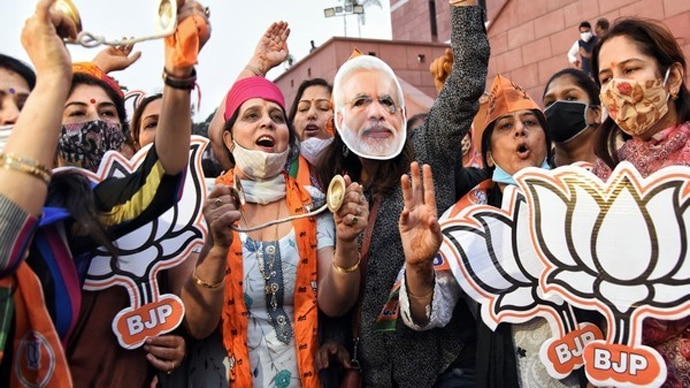 Sushil Modi and Nitish Kumar have a good working equation but they are not 3 am friends. The call at 4 am was an hour past what very close friends are allowed. The call came in the morning because the counting was an all-nighter. Sushil Modi isn’t reported to have cribbed about the ‘unfriendly hour call’ because that is the call he might have been waiting for, for all day.

The chief minister would be from JD(U), but it is BJP which is celebrating in style at its headquarters in Delhi today. Prime Minister Narendra Modi, BJP chief JP Nadda and Union Home Minister Amit Shah are all in to participate in the revelry after toppling the party's rivals.

But today we want to tell you the story of a chief minister from Bihar who once cribbed about fish. Actually the cribbing was about an alleged plot to bump off the chief minister. Fish cooked in the choicest of spices was the murder weapon, or so it was alleged.

The chief minister happened to be Binodanand Jha; the year, 1963. Jha was fond of his food. Keeping his fondness in mind, fish all dabbed in the choicest spices at a Patna hotel named Raj Hotel, was brought to the CM.

Before Jha could have tasted the fish, the state’s intelligence department was in action. It was said that an attempt was being made to poison Jha through the fish. The fish couldn’t have poisoned itself and tried to kill Jha even if it opposed its own killing and eating. The blame was on the head of the then Bihar minister KB Sahay and his aide Ramlakhan Singh Yadav. Jha sent a file with intelligence department documents to the then Prime Minister Jawaharlal Nehru.

To understand the ‘murder plot’, let us step back a year. So now we are in 1962. In the 1962 assembly elections, Jha had locked horns with KB Sahay when it came to ticket distribution. A central panel sent by Nehru to Bihar, which had Lal Bahadur Shastri and Indira Gandhi as its members, ruled in favour of Jha. Winning 185 of the 318 assembly seats in the then Bihar assembly, Jha now wanted to end opposition against himself. The intelligence report thus put the onus of the murder plot on KB Sahay’s top aide Ramlakhan Singh Yadav. 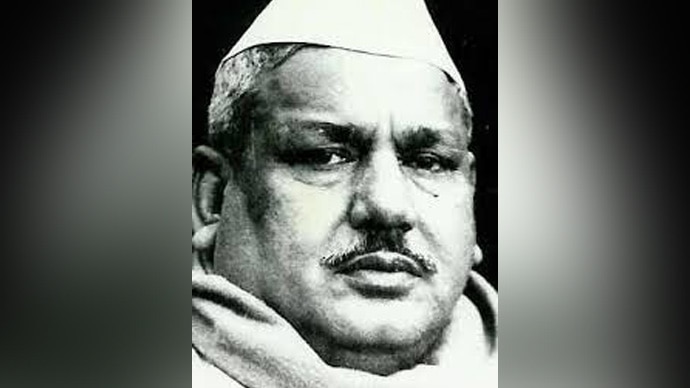 Binodanand Jha became a victim of his own Machli Kand.

By then the event which had become infamous as the Machhli Kand, had begun to trouble the Congress high command. It was time to punish Jha. But Jha was an elected CM who had won an absolute majority for the party. So Nehru used the K Kamraj plan to get rid of Jha. What was the Kamraj plan?

Congress leader Kamraj had proposed leaders who had been in government for over 10 years be made to return to serve the organisation. So Jha had to leave office. At the level of the organisation, he was given no role. Adding salt to his injuries, KB Sahay became the next CM of Bihar.

In 2020, the Congress has won just 19 of the 70 seats it contested on. The grand alliance managed 110 constituencies with RJD bagging 75 and Left winning in 16 constituencies.

The NDA is back in power with the BJP winning 74 seats and the JD(U) garnering 43. The Hindustani Awam Morcha bagged four and so did Vikassheel Insaan Party. The NDA thus totals up to 125 constituencies.

Constituency, the Word Of The Day, comes from the word constituent. A constituency is a body of constituents entitled to elect a representative. It is thus an electoral district. A member registered under one constituency cannot vote in another constituency. Just because one cannot, doesn’t mean one does not. Some people will proudly tell you how they have managed to hoodwink the system by registering as voters in multiple places.

You should not vote from more than one place but can you vote after voting is over? If Donald Trump’s son Eric Trump is to be believed, you should. Only both Donald and son Eric are not to be believed.

In a tweet that has since been deleted, Eric Trump urged people in Minnesota to “get out and vote” – about 168 hours after voting in the US had stopped and about 100 hours after Joe Biden was elected President. It is possible Eric, Donald’s eldest son, thinks if his father doesn’t concede, people can keep voting till Joe concedes. It is also possible he is not thinking at all. Enough of elections. Let’s talk entertainment. If Covid hit the world hard, it hit the entertainment world harder. We are not getting into the business aspect of it. We mean the controversies that refuse to die down. To be fair to controversies, they may actually be tired and wishing for death, but are being kept forcibly alive.

In the latest, actor Arjun Rampal's girlfriend Gabriella Demetriades has been questioned by the Narcotics Control Bureau, which is investigating allegations of drug abuse linked to the film industry. Rampal will face the questions tomorrow.

If controversies divided people, actor Akshay Kumar took it upon himself to unite the Right and the Left. Just how did he manage to do the unthinkable? Read this to know.

Akshay Kumar’s movie Laxmii released on Disney+Hotstar on November 9. The same day the Centre issued a notification saying what we watch online will now be under the Ministry of Information and Broadcasting. This would apply to online films and audio-visual programmes made available by online content providers, and online news and current affairs content.

To a large extent, books remain beyond the ambit of control. Hope this doesn’t give anyone unnecessary ideas because all that we are trying to do is give you a necessary recommendation for Diwali reads: Krishna and Narakasura by Amar Chitra Katha. In North India, the most popular reason for why Diwali is celebrated is the return of Lord Ram to Ayodhya after killing Ravan. But another tale is that of Krishna and Narakasura.

Read this book to know that tale.

In some relief before Diwali, Republic TV editor Arnab Goswami has been granted bail in the 2018 abetment to suicide case of 53-year-old architect Anvay Naik, and his mother Kumud. The interim relief came from Supreme Court. Now, Supreme Court is on Diwali vacation but the matter was heard by a vacation bench of the court.

#Narendra Modi, #Nitish Kumar, #Bihar chief minister, #Biharelections2020
The views and opinions expressed in this article are those of the authors and do not necessarily reflect the official policy or position of DailyO.in or the India Today Group. The writers are solely responsible for any claims arising out of the contents of this article.