Humbling truths for BJP in Kerala

A repackaging would not harm the Right.

The RSS recently claimed that the first murder of a swayamsevak happened in Kerala, in 1969, at the hands of leftists. The war of words has continued for much of the tenure of the latest LDF rule and so has the gruesome street violence. Even urban centres like Thiruvananthapuram have witnessed much violence that was once confined to the Malabar region.

The BJP, like any other political party in India, can further its agenda and spread its wings in any part of the country. The issue is, why is it coming in the garb of protest against the violence against cadres in Kerala?

An even more interesting question is: why is a firmly in-charge LDF reacting so sharply to the statements and ambitions of a combine that has but one MLA in the state legislature?

Are the leftists defending their last bastion? Have they found themselves wanting in dealing with another cadre-based party? Are they afraid of the Modi-Shah juggernaut? There may be a bit of truth in all these assumptions, but the matter is complex at different levels.

The politically-minded would see some mirror images of how the situation was unfolding in West Bengal in the last couple of years of the Left front's rule, before the Mamata Banerjee-led TMC came to power in the state with a rousing majority. CPI (M) was a cadre-based party that was unable to make its cadres follow its line, agenda and command. Taking nothing away from Didi, the Singur agitation was virtually handed over to the TMC due to the absolute levels of disconnect within the Left front. 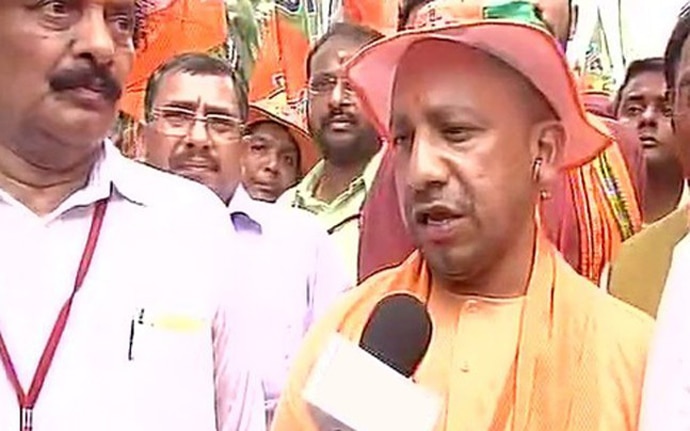 It was to the credit of Mamata that she used the momentum gained in Singur to win over hearts and votes in the eastern state, unseating a decades-old government.

That time of change has not yet come in Kerala - but there are signs that things may not be so rosy within the Left combine. The symptoms are unmistakable - a cadre base that does not fully comply to the diktats from the top, at least a section of the cadre base is losing its discipline and reacting to another set of dedicated and equally vicious and, for now, better disciplined set of cadres.

The recent years have seen a large number of Left cadres shifting base to RSS. Do you see any similarities with West Bengal?

But why would an indoctrinated, usually educated, often card-holding member of the Left shift over to a diametrically-opposite rightist ideology of the RSS? That is mostly because the Left in Kerala is perceived as a Hindu party.

Not a Hindu in the classic mould - again a type you would encounter in countless addas across Kolkata: the meat-eating faithful who are not averse to a peg or two. Some Hindu reformist movements may have been the initial driving force behind the rise of communism in Kerala and the Left can be credited with developing the education system in Kerala — one that encouraged education and political awareness.

The murders - be it in Kannur or Thiruvananthapuram or other places — have a different side to them. Many of those killed had, in the recent past, shifted their political loyalties. BJP has moved into a political vacuum. The Hindus — who enjoy a wafer-thin majority in Kerala — feel alienated and overlooked. 15 per cent vote share could get them only one seat. But a protest vote is not going to translate into a transfer of power in Kerala — like it did in West Bengal.

The people of Kerala do not appreciate the in-your-face Hindutva practised by the Right. Akhlaqs and Pehlu Khans still pain their sensibilities, they tend to look at Mughals as Indians.

So while parallels exist, a repackaging would not harm the Right.

Also read: Why Dalits in Gujarat are protesting by twirling their moustache

#BJP, #CPM, #Kerala, #Left
The views and opinions expressed in this article are those of the authors and do not necessarily reflect the official policy or position of DailyO.in or the India Today Group. The writers are solely responsible for any claims arising out of the contents of this article.