How a woman's body is put to shame today

Body positivity in a capitalistic-patriarchal society is difficult.

"Itni patli ho gayi hai, who would like to hug and cuddle (with) you?"

The figure of a young girl, thin and fair, is one that our capitalist society has made an ultimate female ambition and male fantasy, out of. Yet, the ideal body type, although remains thin, there is a fetishistic desire for "meat" in the "right places".

This my friends is the irony of possessing the body of a woman in a man's world! A man's world not just in sheer demographic figures, but a man's world because the dominant patterns of production of sexual desire is also dictated by patriarchy, as most things are.

A woman's body remains an extraordinary cultural spectacle - open to scrutiny, judgment and preferential pseudo-objective beauty standards - but above all, a woman's body is not that of a grown woman's until the visible markers of womanhood are present for the rest of the population to see it.

She has to embrace signifiers of either "taken-ness" or "availability" in order to be seen. A woman's (re)presentation of herself is always assumed to be designed to cater to the male gaze - located inwards or outwards. There is a price we pay to remain desirable an even so, to remain "invisible".

In order to transcend the catalogue of a desirable woman, because you know precisely what makes you desirable is what simultaneously makes you hyper-visible and invisible beyond the structure held together by skins and bones. The family-society complex works in tandem to ensure you meet your average cis-man's sexual fantasy of an ideal feminine beauty with whom he engages his exploits and adventures. Remember the time they asked you to apply anti-tan/whiteness cream and got you that gym membership? In fact, the excesses of the heternormative standards of beauty are such that they leak and reproduce itself, often, in non-heterosexual relations too.

Let me share with you my own experience of body-shaming from my "pre-feminist" days. As the story usually goes, to my family and the society's respite, my "thinness" was comforting till I reached a certain "marriageable" age as that meant that my dependents would have one less thing to worry about when scouting for grooms - shedding excess weight off of my body. A brief moment of "victory" in the world of body-shaming, if I may consider the opposite of shaming to be appreciation.

Following the words of appreciation on having "maintained" myself well (read remaining thin in a world which idealises thinness), I get a quick word of advice, in a hiss, "Work that ass! Men don't like hugging skinny girls with their bones sticking out and poking."

While growing up, I was aware of my privilege of being thin. I was thankful for my thin frame, because it saved me from being subjected to distasteful jokes and bullying. Yet as a teenager, when I had only begun to grow awareness of social expectations and values of femininity and beauty, that awareness of my role to re-enact my womanhood dawned on me. The unsaid demands of voluntarily self-fashioning and self-subjection planted the first seed of resistance. I began to understand that the regulation of body was not simply restricted to refusal of fatness, but also about "looking a certain way" which is considered "appealing".

As a teen, half-knowingly, I suppressed my desire to be desired when desirability was constructed on patriarchal terms. As a result, in the impulse to both suppress feminine bodily development and to resist the influence of my family, I restricted my eating.

In fact, the idea of being desired by a man itself was what I was most tormented by. How could I want to be desired when I wanted "to rupture everything men see as desirable about me — because I know by now that this catalogue of desirable girl types only exist to make you feel as small as possible, to slot you so they don’t have to see you. How could I want to have sex with a man when I don’t even see anything desirable about me – because realising these things about how men see you can actually make you terrified of being seen at all".

For me, at that point, to be "desired" just simply meant nothing but an idea I must rebel against for it was a totalising imposition of a body "ideal". I remember having thought to myself trapped in a deeply antagonistic dynamic of desirability, "I'd rather not be 'desirable' because as much as men believe their validation of women's experiences and appearance are indispensable to women, it's not."

I neither cared for flattery, nor criticism. At least, not consciously. I couldn't be bothered about the absence of a "bubble-butt", until someone special came along and made me feel anything but special for the way I looked. I was compelled to swim in a pool of self-doubt and question my wilful unkemptness as a form of rebellion against patriarchal norms. This certain someone was big in the "motivation" club, and for someone like me - whose body was neither a "temple" nor was it a museum for others to make a spectacle of - the prescriptive desirabality-enhancing-health-care guide seemed suspect!

Yet, I decided to spend two years of my life in the gym striving to achieve the idealised Instagram-girls-who-lift look. I found myself struggling to understand the definition of my body beyond the contortions into patriarchal signification.

Today, I am reminded of these repressed memories of the past which I only now recollect in fragments because recently, a friend of mine got on to narrate her experience of body-shaming. After returning from a much celebrated foreign university, where, after years of having to have been made to feel bad about the percentage of "fat" on her body, she was "exoticised" as that dark-skinned Indian girl with plenty of "curves". Everything that the society back home had trained her to feel embarrassed about was suddenly "desired", except in a fetishised way.

And even so, being desired in her own skin, was new.

But in the reversal of what's deemed "desirable" in one country while it is considered undesirable in another, one can see how cultural practices are inscribed onto the bodies of women. We may even simultaneously (be made to) feel empowered and disempowered, or even violently objectified, as we are desired. What is implied is that desire itself insists on the fetish.

My friend understands the implied sexism as much as I do. However, we were appalled that even as young feminists we give too much power to the men in our lives to "validate" our self-development. The power to not only destroy our ideas of ourselves but also to constitute it. It coloured our subjective experience of the world with a diminished self-worth while also leaving us chasing a limitless aspiration of "becoming beautiful".

Body positivity in the times of capitalist self-love industry

The same system of patriarchy which pushes us into a "self-care/lifestyle-monitoring" zone, where the experience of a woman's sexuality and body is not only an objectification for and as men's desire, but also a burden that they carry - a burden to remain "within" the demarcations of permissible actions of desirability-enhancing choices. 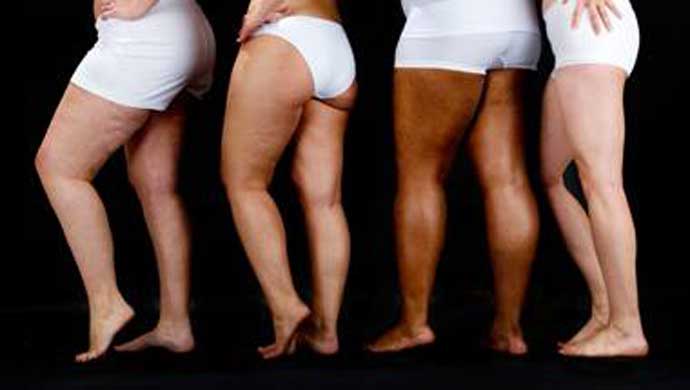 Also then, leaves us in a space where we may even experience according to Sandra Bartky, "a heightened self-consciousness that comes with emotions of self-assessment that may become, in the shame of the oppresses, a stagnant self-obsession".

Thus, feminine bodily discipline works both ways - as an imposition and as self-fashioning - within oppressive adaptive choices to oppose and bargain with the tyrannical notions of beauty and desire.

Thus, body positivity in a capitalistic-patriarchal society is difficult as one needs to think of ways to avoid its capture by the total system of power. The answer is not found in merely attacking those that engage in shaming, but to realise how deeply entrenched to the idea of capitalism is the idea of a young girl in her appearance is object and subject of its ideological apparatus - which thrives on insecurity.

Under patriarchy, women are constantly made to remain preoccupied with their appearance. It can be said then that the figure of the young girl as "an intermediary to capitalism’s affects, is fully formed from the outside. An 'invisible war' rages over her body".

Not only does a dangerous ambition to thinness inspire unhealthy ways of living but even then, when thinness as a goal is met: the same socio-cultural forces influencing the path towards physical improvement aka thinness turns against you, only to brand you "skinny". The game of anatamo-politics of "useful" bodies is endless and disregards the mental implications of such a preoccupation with looks.

In a society where fat-shaming and eating disorders co-exist, where the colour complexion of one's skin remains a signifier of the historically oppressive caste-system, where an assumed facticity of flesh still remains as the lens to locate gender. One has to remember to not just identify the symptom of patriarchy, that is the act of body-shaming, but also remember to expose the violence that lies in its kernel.

No, I don't mean to argue against calling out or calling in on those who shame you for the way you look. I rather want to nudge you enough to displace the power to shame away from others and embrace a more anti-totalising conception of power, where shame is more profoundly an inter-subjective power play. Where shame posits women as active subjects capable of a range of responses to social power. Where shame does not only trigger a counter-reaction, but also cautions us against invoking universalisms and quick-fix solutions for complex social and political relations.

When shame forces us to vicariously experience the struggles of all those women across the gender spectrum and acknowledge the luxury of anonymity that can be afforded by cis-women, unlike the bodies of those that are always "noticed" even when they themselves aren't seen.

In a vicious cycle of patriarchal collusion with capital, the two binaries - of a conventional beauty which is conformist and its transgressive counterpart - generate and presuppose each other. The least that women can collectively do is as Sreeparna Chattopadhayay states, "Realise their own delicate foothold on power within patriarchal terms of engagement to further fewer judgements, greater affirmations, less bargaining with patriarchy."

Post your comment
#Capitalism, #Patriarchy, #Body Shaming, #Body positivity
The views and opinions expressed in this article are those of the authors and do not necessarily reflect the official policy or position of DailyO.in or the India Today Group. The writers are solely responsible for any claims arising out of the contents of this article.