Bois Locker Room: The boy who passed, the feminism that failed

Make no mistake, I agree, Not All Men.

Board results are a few months away, but a boy has passed with flying colours by refusing to be part of a plan to rape a girl, hatched by the girl herself, who was pretending to be a boy. The boy passed but, many say, feminism failed. They have been saying that for years now. They are not too off the mark though. While it may not have failed, it sure has taken a huge hit.

Some say the girl in question is the modern-day Sita, forcing men through agnipariksha (test by fire). How do you find a nice guy? In the woke world, all men sound politically correct, until the mask is dropped and their true self revealed.

Make no mistake, I agree, Not All Men. 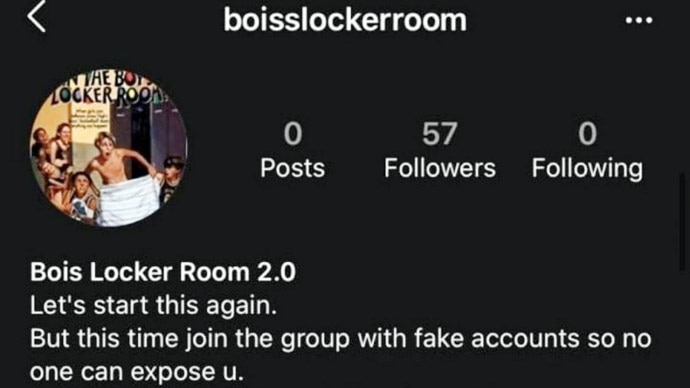 Feminism is now a muddied term. Difficult to say what it means today. But even at its worst, it doesn’t stand for turning the tables. That is revenge.

Fake accounts, false allegations and fraudulent charges have harmed men and their reputations. They are also building a case against women’s right to stay in the fight for justice.

So, the entire #BoisLockerRoom blew up with multiple screenshots. Most of us spoke about it, outraged and shared those widely. Many of us moved on too. But in this chaos, a kid lost his life. There were many crucial points we missed. Let me try to highlight them.

The MeToo movement in India never saw a Harvey Weinstein moment in terms of justice. All men returned to work as many women began scrambling for lawyers to defend them against defamation suits.

Victim testimonies hold high relevance in the criminal justice system. Unfortunately, it places the onus on victims to present themselves to the system. Support is important but support has no standalone value.

No one can tell a person’s story with the credibility of the person herself.

Each true story helps build credibility. Each false story is turned into a weapon against the fight for gender justice. The girl, who faked herself as a boy, is not part of the Bois Locker Room chats, but the story is now all about this one girl who faked her identity.

The narrative is important because the narrative decides who is a victim and who a perpetrator. It was heartening to see women come out in support of women, men too joining in, when they outed men. So eager were we to lend support, that there was little time to check for authenticity. In many cases there was no way – the accounts were anonymous. But there was an understanding about why such accounts needed to be anonymous. Trouble started when some of these were found to be lying, faking stories or just vanishing.

That also emboldened the perpetrators. If you go scott free once, a second allegation against you is more unlikely. The immediate arsenal in men’s kitty is thus the threat of a law suit. The threat of a law suit is scary enough for women to withdraw. But withdrawal is often seen as a testimony of acceptance of a lie. It sometimes is. It mostly is not.

So what should women do?

I will answer with what they should not.

One, do not shoot and scoot. Don’t get into it if you cannot stay in it. Weigh in before you jump in. This is for the long haul. There is a lot of mudslinging that happens. You can’t escape the splashes.

Two, do not use fake accounts to bring down men. It’s easy to prove. The consequences are for everyone – the man, the movement and also you. Take care of You. Take care of the fight that is for us to stand equal to men with no biases in workplaces, no casual sexism, no acid attacks, no rapes and no honour killings.

Not all men do it, but all women suffer through it.

This is serious. Take it seriously.

##MeToo, #Sexual assault, #Rape, #Boislockerroom
The views and opinions expressed in this article are those of the authors and do not necessarily reflect the official policy or position of DailyO.in or the India Today Group. The writers are solely responsible for any claims arising out of the contents of this article.