Budget 2020: Finance Minister's push on e-learning is the need of the hour

Technology-based learning can be a game-changer, generating huge resources not just through the needs of India but also from a global viewpoint.

My friend, a staid, middle-class, retired civil servant, waits each year for the tabling of the Union Budget in Parliament. He says that he can analyse the Budget and predict how various major political parties shall fare in the year ahead. His logic is a bit convoluted but the point is that, more often than not, his predictions seem to be fairly true.

I am sure that each one of us sees something special and important in the Union Budget. What is certain and easy to predict is the media frenzy that reaches a sort of crescendo around its presentation in Parliament in early February. The task of those engaged in the budgetary exercise is unenviable given that the country’s eyes are focused on their work. And it takes them weeks of hard work. Eventually, if I have understood the history of the Budget and its impact a little, so much also depends on the manner in which the design and plans for follow up are executed in the aftermath of the Budget presentation.

It is in this context that I wish to place my views on this year’s Budget proposals related to the realm of education. Doubtless there are some interesting and even bold proposals that have been put out there in the document. Take the matter of setting down a broad policy statement of sorts and I quote Finance Minister Nirmala Sitharaman: “By 2030, India is set to have the largest working-age population in the world. Not only do they need literacy but they need both job and life skills.” She then sets forth her plans to handle the situation by laying strong emphasis on two things that I consider most relevant and even important.

Given the current state of the economy, I cannot see how industry shall be willing or even in a position to take on apprentices in such large numbers in most parts of the nation. Even in the best of circumstances, I have noticed that it is a near-superhuman task to get industry to cooperate on such matters. I do not entirely blame industry for such an attitude. Our educational institutions are just not geared for such tasks. This is for two reasons — the faculty and the curriculum are not up to speed. In fact the faculty are highly unwilling to undertake any activity that takes them away from the blackboard.

This does not just apply to our regular colleges. Even our polytechnics are not in tune with the real needs of the nation. One can argue that the Budget makes such a provision in terms of funds to retrain faculty and reorient the curriculum. Two problems stare us in the face with this assumption: Where are the people to help create such a programme on such a massive scale? If we were to focus our energies on the other nations such as Japan and even New Zealand and Australia, then we are even more out of tune with what needs to be done. I am aware that Japan has significant need of youth trained in special skills, but its efforts have been largely unfruitful in getting appropriately trained youth from India. Meanwhile, countries like Vietnam have done a better job than us in providing trained youth to Japan. 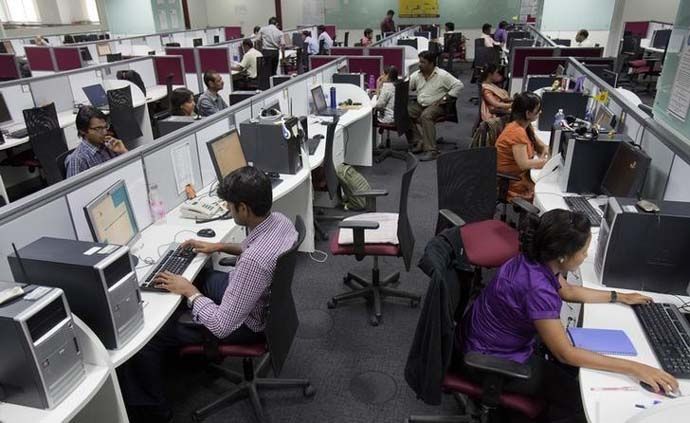 India needs online and technology-based learning in large measure and the sooner the better. (Photo: Reuters)

I also wish that the Budget had placed emphasis on encouraging our colleges and universities, through financial incentives, to incorporate within their curricula programmes that blend innovation with a startup culture.

Focus on the Internet

This needs hard work, but can yield enormous dividends as I learnt in the brief time that I was able to foster these ideas at Delhi University under the Four Year Undergraduate Programme. Alas, the ground was yanked from under, what I believe, was a path breaking programme designed to address some of India’s major needs.

This brings me to the second major policy-like announcement in the Budget that deal with online learning. This is a very welcome step. But once again, many good ideas and proposals in each Budget get destroyed in the execution stage. Let us make no mistake, India needs technology-based learning in large measure and the sooner the better. I welcome this step and I fervently hope that we do not mess up the execution process.

India must take to this on a war-like footing and let there be no doubt that this is the future of learning.

Also read: How the draft New Education Policy could help the economy grow

Post your comment
#USA, #Technology-based learning, #Educationbudget, #Nirmalasitharaman
The views and opinions expressed in this article are those of the authors and do not necessarily reflect the official policy or position of DailyO.in or the India Today Group. The writers are solely responsible for any claims arising out of the contents of this article.