Bulli Bai App Case: Who all have been arrested so far?

Delhi Police have made their first, and the fourth arrest in the Bulli Bai app case. The arrested person is Neeraj Bishnoi, a 21-year-old student from Assam. This is the first arrest by the Delhi Police after three arrests in the Bulli Bai app case were made by the Cyber Cell of the Mumbai Police. The three accused who were arrested are engineering student Vishal Kumar Jha, 21 (Bengaluru); Shweta Singh, 18 (Uttarakhand), and another student Mayank Rawal, 21 (Uttarakhand).

Here are the four arrests in the Bulli Bai case so far: Vishal Kumar Jha was the first arrest made by the Cyber Cell of the Mumbai Police in the Bulli Bai app case. He is a second year engineering student from Bengaluru and was brought to Mumbai where he was produced in the Bandra court on January 4, 2022. He was then sent him to judicial custody till January 10. Vishal is accused of handling at least three Khalsa Supremacist accounts from where he posted morphed pictures of Muslim women.

Shweta Singh, 18, was the second arrest made by the Mumbai Police from Uddham Nagar district of Uttarakhand. A Class 12 dropout, Shweta lost her father to Covid-19 last year and her mother to cancer a few years ago. She is suspected to be in touch with a Nepali national 'GiYou', who was instructing her about the posts on the application.

Mayank Rawal, 21, was the third arrest made by Mumbai Police, on January 5, 2022. Rawal was arrested from Rajendra Nagar Colony in Kotdwar, Uttarakhand, his hometown. He is a BSc student at Zakir Hussain College, New Delhi. His father Pradeep Singh is in the army and is reported to be posted in Jammu. Mayank is said to be a close friend of Shweta and he was tracked through his cellphone number, police said.

Neeraj Bishnoi, 21 , is a second year BTech student from Vellore Institute of Technology, Bhopal, and was arrested from Assam by the Delhi Police’s IFSO team. The accused is a resident of Digambar area of Assam’s Jorhat, news agency ANI reported. This is also the first arrest by Delhi Police Bulli Bai app case.

The police claim that Bishnoi is the mastermind and main conspirator behind the application Bulli Bai. The police also said that he was operating the main Twitter account that was circulating morphed images of Muslim women online. The Delhi Police is bringing the accused to Delhi for further investigation.

HOW THE ARRESTS WERE MADE

Neeraj Bishnoi is the fourth arrest in the Bulli Bai app case since the case was registered on January 2, 2022. The Cyber Cell of Mumbai Police had earlier arrested Vishal Kumar Jha, 21, an engineering student from Bengaluru; Shweta Singh, 18 from Uttarakhand, and Mayank Rawal, 21, from Uttarakhand. 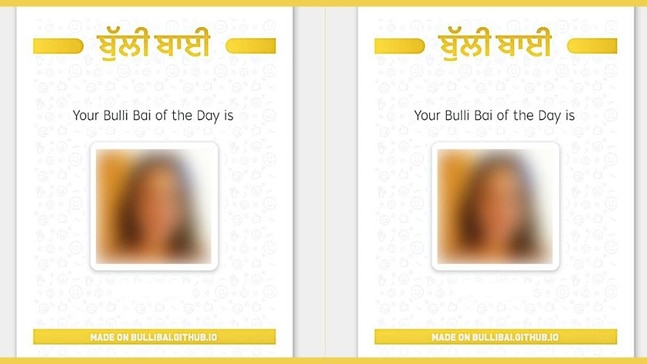 All the four accused, who are young students, are said to be behind the whole Bulli Bai online deal controversy. On January 1, 2022, morphed pictures of around 100 Muslim women were circulated for 'auction' online on the US-based platform GitHub. The complaints by the victims of the Bulli Bai app were lodged in Delhi as well as Mumbai.

The arrests in the case are pertinent because this is second instance where such an app for online auctioning of women surfaced. Six months ago, a similar application called Sulli Bai had emerged with morphed images of Muslim women. There was no arrest made in that case, though the application was taken down.

#Delhi Police, #Mumbai Police, #Bulli bai arrests, #Bullibaicase
The views and opinions expressed in this article are those of the authors and do not necessarily reflect the official policy or position of DailyO.in or the India Today Group. The writers are solely responsible for any claims arising out of the contents of this article.