Delhi accident killing 5 athletes may be a case of drunk driving: Why alcohol is among our number one killers

Police said liquor bottles were found inside their vehicle.

The country lost five athletes on January 7 in a car accident. At 4am, close to the Singhu border between Delhi and Haryana, a Swift Dzire crashed into a pole after hitting a road divider. Of the six people travelling in the vehicle, four died on the spot.

Six men were speeding in a sedan late at night, going from Panipat to Delhi, for supposedly celebrating a birthday. Around 4am, near Alipur village on the Delhi-Chandigarh highway, the car hit a road divider and crashed into a pole. According to the police, the impact caused the car to roll over several times, ripping its roof off completely and leaving everyone inside the vehicle injured, before it hit the pole. 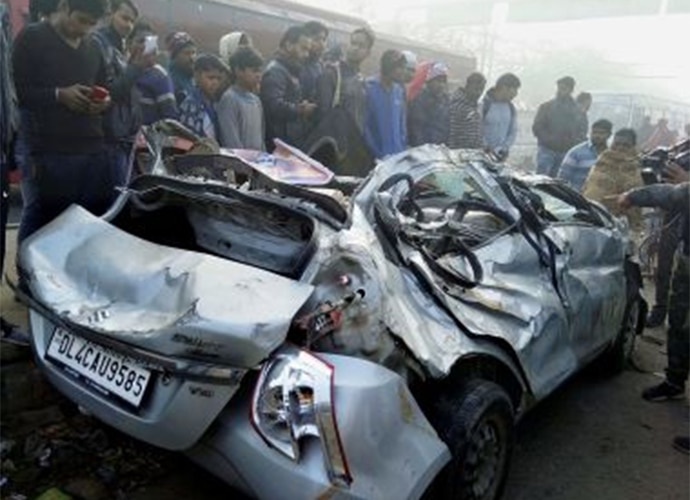 Rohini police have identified the four immediately deceased as 27-year-old Tikamchand, 18-year-old Saurabh, 24-year-old Yogesh aka Akash and 20-year-old Harish Roy. Of the two who managed to survive the crash, powerlifting world champion Saksham Yadav too succumbed to his injuries several hours later and died of cardiac arrest at 6.38pm. According to a doctor at the AIIMS trauma centre, “Saksham’s condition [was] extremely critical as he [had] severe head injuries. He [had] internal bleeding in the head.”

The only survivor, 25-year-old Rohit, whose birthday they were celebrating, is still being treated for injuries. While both Yadav and Rohit were first admitted to Max Hospital in northwest Delhi's Shalimar Bagh, Yadav was later shifted to AIIMS in central Delhi where he succumbed.

Delhi: Four powerlifting players killed & two injured in a road accident due to fog conditions at Sindhu border in #Delhi ;Visuals from the spot pic.twitter.com/6Tam7H1UXm

According to the police, some liquor bottles were found in the vehicle, leading them to suspect that it is a case of drunk driving.

A resident of Nangloi in north Delhi, Saksham Yadav was the only international athlete in the group of national-level sportsmen. He had won a gold medal at the 2017 World Championship for Powerlifting in Moscow. According to Sunil Lochab, Yadav’s coach, he had also won a gold medal in the junior category in 2016.

A 2016 survey by Community Against Drunken Driving (CADD), an NGO, conducted among 5,000 respondents in the 15-44 age group, revealed that each one of them had driven under the influence of alcohol, only 6.94 per cent were stopped and prosecuted by the police. The CADD also reported that of the 1,875 accident fatalities in the capital in 2015, nearly 70 per cent were due to drunk driving.

According to Prince Singhal, the founder of CADD, drunk driving in the capital “is rising by almost 50 per cent every year”.

“The need of the hour is stricter measures like arresting drunk drivers, making drunk driving non bailable in case of fatal accidents or grievous injury, improving enforcements from midnight to 4am, which is when most drunk driving accidents happen, and having ignition interlock devices in cars, especially luxury cars,” he added.

Also read: UIDAI filing FIR against Tribune journalist for exposing Aadhaar breach is a case of shooting the messenger