China has lessons for India in reducing regional disparities

Prosperous provinces in China extend financial help as well as advice to the less developed regions.

An interesting aspect of the 19th Communist Party Congress (CPC) in China was the panel discussion between President Xi Jinping and officials of the Guizhou province, from where Xi was elected as delegate in April 2017.

In recent times, Guizhou has been important politically. One of Xi's close associates, Chen Miner, worked as the Governor of Guizhou while Xi was the party chief there. President Xi's predecessor Hu Jintao also hailed from the Guizhou Province.

In spite of China's rapid growth in recent years, some provinces still have to deal with the scourge of poverty. During the economic boom of the 2000s, inland provinces had managed to reduce the income gap with coastal provinces. This was attributed to a worldwide commodity boom, which resulted in increased demand for raw materials produced in inland provinces.

In recent years, however, growth in inland provinces has witnessed a significant decline, while provinces such as Shanghai and Guangzhou have been able to retain stellar growth rates.

A number of strategies have been devised to deal with the skewed growth and ensure that backward areas in the inland regions, and the border provinces, can be put on the high-growth trajectory.

The most high-profile of these is the One Belt One Road initiative, which seeks to enhance connectivity with South East Asia and Central Asia and benefit provinces sharing borders with these countries. 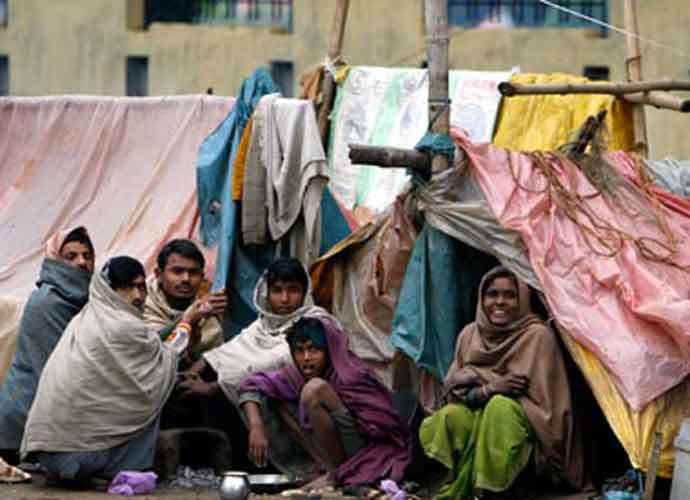 In India, eastern states like Bihar have lagged behind, while in China, inland provinces are poorer than coastal ones. Photo: Reuters/File

In 2016, well over 12 million people had been brought above the poverty level in China. A whopping 230 billion Yuan had been earmarked for this purpose, to send an unequivocal message that the fight against poverty was not an empty slogan and the goal of attaining a 'moderately affluent society' of the Communist Party by 2021 was on course.

During the CPC, President Xi made it clear that poverty reduction and equitable growth between regions were major goals. Said Xi: "We must ensure that by the year 2020, all rural residents living below the current poverty line are out of poverty, and poverty is eliminated in all poor counties and regions. Poverty alleviation should reach those who truly need it and deliver genuine outcomes…"

It would be pertinent to point out that Guizhou, China's poorest province, has pulled 8 million people from poverty in the past five years. However, a significant number are still below the poverty level. In the past few years, Miner as governor of Guizhou has been implementing President Xi's anti-poverty programs.

Skewed economic growth is a problem not just in China. India, led by a leader with a strong majority, faces a similar problem. While some states such as Andhra Pradesh, Maharashtra, Gujarat, Tamil Nadu and Haryana have witnessed steady growth, others have improved their economic indicators but are still lagging behind.

William Antholis in his book Inside out India and China: Local Politics goes Global (2014), while highlighting the economic march of both countries, has brought to the fore the issue of skewed development, with some provinces/states having done better than the others in both countries. This is something which the Indian PM, Narendra Modi, too has drawn attention to, on more than one occasion. The PM has spoken about the need for greater growth of eastern India - the states of Bihar, Odisha and West Bengal. The PM, who hails from the prosperous province of Gujarat, fought the parliamentary election from the city of Varanasi (Uttar Pradesh).

He has stated: "If we have to develop India, the chariot of development needs to run on two wheels - eastern and western India."

Some of the poorer states in Eastern India - Odisha, Bihar and West Bengal - are led by strong regional leaders. While Odisha is led by Naveen Pattanaik (Biju Janata Dal), Bihar is led by Nitish Kumar (Janata Dal United), who is an ally of the BJP. West Bengal has Mamata Banerjee of the Trinamool Congress.

Some of the other states which have made efforts to develop but still have a long way to go - Uttar Pradesh, Chhatisgarh, Jharkhand, Madhya Pradesh and Rajasthan - are led by BJP governments. Many of these states have improved their position in the Ease of Doing Business Rankings. In the 2016 rankings for instance, low-income states to improve their position were:

(1) Chhattisgarh: The state had an implementation rate of 97.32 per cent in 340 reform measures; and the fourth rank overall

(2) Madhya Pradesh: 97.01 per cent in terms of implementation; fifth rank

(3) Jharkhand: 96.57 per cent in terms of implementation; seventh rank

(4) Rajasthan: 96.43 per cent in terms of implementation; eighth rank

Chief Ministers from all these states have also sought to reach out to foreign investors. Only recently, for instance, the Madhya Pradesh Chief Minister visited USA, while last year in June, he had visited China to draw in foreign investment.

Results of the Public Affairs Index

Yet, if one were to go by the Public Affairs Index - a survey brought out by the Public Affairs Centre (Bangalore) - some of these states, in spite of having made rapid strides, have a long way to go. While Bihar was ranked 18th, Jharkhand was 17th, Odisha was 16th and Assam was on the 15th position. The criteria for the ranking were essential infrastructure, human development, social protection, issues pertaining to women and children, crime, law and order, delivery of justice, environment, transparency and accountability, fiscal management and economic freedom.

The PM has spoken about cooperative federalism. The Centre and states need to work jointly irrespective of the political party in power.

Bitter campaigning in state elections has a negative impact. Apart from this, the central government's relations have worsened with leaders of two states, Odisha and West Bengal, which are crucial for an economic turn-around of eastern India. Second, state governments need not focus only on manufacturing and emulating the developed states. They can work on their strengths, and improvement even in areas such as tourism can play a significant role in an economic turnaround.

Third, there needs to be a formal mechanism whereby states interact with each other and learn about their policy experiences and emulate best practices. No such mechanism exists as yet, though some states do hastily replicate welfare policies without going into the nuances.

As in the case of China, it is important that the more developed states work with the less developed ones and share their experiences.

Fourth, big-ticket infrastructure projects need to be focused on lesser developed regions. India cannot afford regional disparities - to reduce these, New Delhi will have to take some risks where the results may not show instantly, but with the immense economic potential of the country, heavy infrastructural investments are bound to yield results even in lesser developed regions.

Finally, scholars, policy makers and members of civil society from India and China should interact. India should seek to learn from the welfare policies, as well as approach towards lesser developed regions, in China.

Currently, the interactions between Indian and Chinese provinces are restricted to a few academic and civil society interactions. There has not been sufficient focus on expanding province-state exchanges, even though a dialogue - India-China Forum of State-Provincial Leaders - was initiated in May 2015 during Prime Minister Narendra Modi's visit to China. These need to be expanded.

Also read: BJP is a better party than Congress. You can tell by how it spins its disasters into windfalls

#Unequal economic growth, #India, #China
The views and opinions expressed in this article are those of the authors and do not necessarily reflect the official policy or position of DailyO.in or the India Today Group. The writers are solely responsible for any claims arising out of the contents of this article.