Chinese expansionism displays a curious lack when it comes to culture. This is at odds with most countries that have had expansionist ambitions.

China’s expansionism has two aspects. The first is militaristic, which involves China turning up on patches of land where not a blade of grass grows (Ladakh), or islands like Senkaku in Japan, where no one lives. The economic aspect involves strategic investments in infrastructure, from Africa to Sri Lanka, and of course Pakistan. China rode the wave of globalisation and has deep commercial links with most countries around the globe.

But Chinese expansionism displays a curious lack when it comes to culture. Culturally, it’s like a fishbowl that wants to expand into an ocean. This is at odds with most countries that have had expansionist ambitions. We know America is the world’s dominant culture when it comes to movies and music. The Soviet Union flooded India with beautifully produced volumes of fairy tales, Russian classics and ballet productions. Indians of a certain generation know Baba Yaga the witch, as well as know their Panchatantra. The other day, I was watching a coming-of-age show on Amazon Prime, Tokyo Alice (2017), about young Japanese flirting, kissing, romancing and working their first jobs. The Chinese have nothing comparable to offer the world, though I’m sure they have several shows for local consumption. 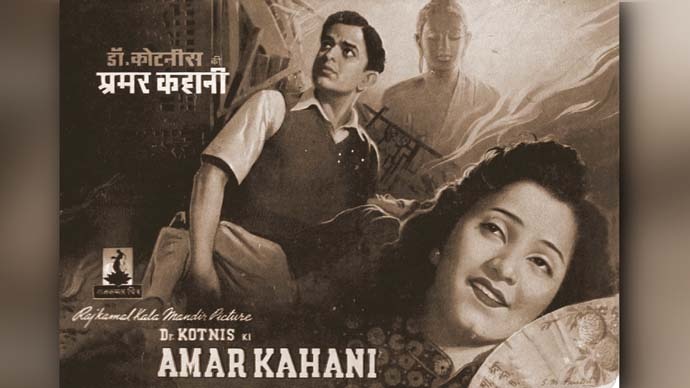 The only Chinese film that was broadcast on Doordarshan when we were growing up was the Oscar winner Raise the Red Lantern (1991) about wives and concubines, which only reinforced certain stereotypes about our neighbour — a mysterious faraway land. There were, of course, the martial arts films but they cannot strictly be considered Chinese since they all came via Hong Kong.

China, in the Indian imagination, especially in contemporary times, is a blind spot. Back in the day, we heard John Lennon’s Revolution: “You say you want a revolution/ We all want to change the world/ But if you go carrying pictures of Chairman Mao/ You ain't going to make it with anyone, anyhow.” The song upset the New Left in the West more than it did the Chinese.

The first depiction of China in mainstream Indian cinema came with V Shantaram’s Dr Kotnis Ki Amar Kahani (1946), released in Hindustani and English. It’s based on the story of an Indian doctor who worked in China during the Japanese invasion of WW-II. There were passing references in songs like Chalti Ka Naam Gaadi (1958): ‘Jaate the Japan pahunch gaye Cheen samajh gaye na’, more wordplay than any substantial reference. The same goes for the track, ‘Mera Naam Chin Chin Chu’, sung by Helen’s character in Howrah Bridge (1958).

Apart from this, China features in the popular Indian imagination in two ways. Middle-class Indians are fascinated by Chinese totalitarianism, especially when it comes to ‘population control’. The dark flip side of this is highlighted in the Amazon Prime series One Child Nation; the girl child was often abandoned in baskets in busy markets. But Indians, with typical hypocrisy, see this rule applying only to Muslims and not to Hindus. There is also an interminable debate about the link between Shaolin martial arts and kalaripayattu, which often degenerates into the Indian obsession with asserting that everything in the world was invented in India first.

There was a time when Chinese travellers like Hiuen Sang and Fa-Hien came to India and wrote entertaining accounts that are still read. We were taught about them in school. In college, many of us read Vikram Seth’s translation, Three Chinese Poets, our only window into China of a certain time. More recently, there is an obscure gem by Irwin Allan Sealy — The China Sketchbook. It was driven by the author’s belief that a camera makes enemies but a sketchbook makes friends.

It would be fair to say that we know more about China through its products. Products are cold things — we love the device that is the phone but we don’t feel any emotional connect with where it is manufactured. If you grew up in the 1980s you will remember Chinese fountain pens, brand names like Wingson and Hero. For the record, my Chinese fountain pen always leaked, staining my satchel with Chelpark ink. Another Chinese product that Indians loved was Tiger balm, as ubiquitous in Indian houses as Boroline. Chinese shoemakers too were held in high regard.

Chinese manufacturing in the last thirty years has a double reputation. While it’s the world’s manufacturing hub, it’s also known for almost-real fakes and shoddy goods. The ten-rupee Chinese lighter is notorious for lasting five clicks at the most. Atmanirbhar Bharat would do well to invest here. Viral Indian rappers often use lines like ‘Chinese maal’ to emphasise and contrast their authenticity. But China’s opportunism at times does make you marvel; during Diwali, Vishal Megamart was flooded with cut-price Hindu gods; the bazaars with Chinese crackers.

Finally, food. From lung-fung soup to chicken Manchurian, Indians cannot have enough of (Punjabi) Chinese food. When Yo! China opened in Dehradun, the queues matched those outside the first outlet of McDonald’s in Priya Cinema Complex. Any mention of Chinese food reminds me of a line from the American sitcom, Anything But Love (1989): ‘Chinese, Chinese, not even the Chinese eat so much Chinese.’

Also read: Will nostalgia be able to beat lockdown blues?

#Chinese goods market, #Chinese culture, #Chinese media, #Chinaexpansionism
The views and opinions expressed in this article are those of the authors and do not necessarily reflect the official policy or position of DailyO.in or the India Today Group. The writers are solely responsible for any claims arising out of the contents of this article.