Why Assam, which stopped the Mughals, can’t stop Bangladeshis now

Many thought the BJP, which professed dedication to tackling illegal migration, would help matters. But hopes in Assam have been dimmed again.

In 1979, the residents of Assam realised that the influx of illegal immigrants from the neighbouring, newly formed country of Bangladesh was creating socioeconomic, political and demographic disadvantages and problems for them.

That was nearly eight years after the creation of Bangladesh.

Cutting a long story short, during a by-election in the Mangaldoi Lok Sabha constituency, it was noticed that there was an incomprehensible increase in the number of registered voters. This led to the first demands for scrutiny and identification of foreigners, and laid the seeds for the Assam Andolan or Assam Movement. 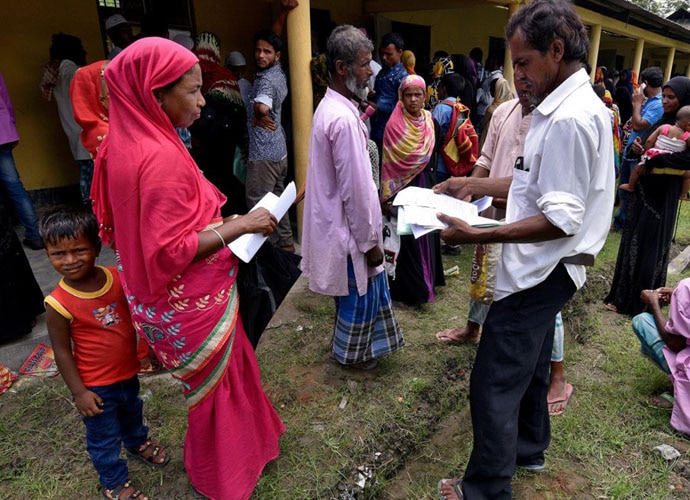 Villagers wait outside the National Register of Citizens (NRC) centre to get their documents verified in July, 2018. (Source: Reuters)

After six dreadful years of agitation, New Delhi was forced to cede to the demands. The result was the Assam Accord, a memorandum of settlement signed between the then-government of India and the leaders of the Assam Movement in 1985.

The primary promises made in the Assam Accord were short and simple:

Step 1: Identify foreigners, delete their names from electoral roles and deport them.

Step 2: Secure Assam’s border with Bangladesh with structures and adequate measures at the military level.

It has to be admitted that at the functional level, securing the border is no easy task. I am not sure under what kind of intoxication the border between Assam and Bangladesh was drawn, but the end results are villages where the drawing room of the same house is in Assam and the kitchen in Bangladesh!

It will require superhero-powered patrolling skills to stop the pouring in of Bangladeshis in the present scenario.

Now, let’s come to Step 1, which should have been a cakewalk at the functional level, but which suffered, as many have found, due to a lack of honest intentions of the Congress, which was more interested in increasing its vote bank. Why throw out an illegal immigrant when you can simply stamp him and his family voter cards and increase your votes? The Congress reportedly reaped the benefits of this “brilliant” idea for ages. 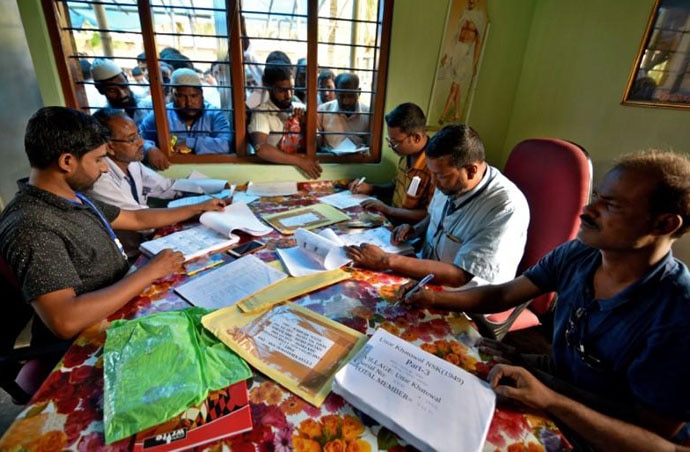 People wait to check their names on the draft list at the National Register of Citizens (NRC) centre at a village in Assam, July 30, 2018. (Source: Reuters)

Then came the BJP.

When the Congress, after 16 years of uninterrupted rule, suddenly lost the Assam legislative to BJP in 2016, everyone in the rest of the country quickly attributed it to Himanta Biswa Sarma’s change of loyalties. Although it can't be denied that Sarma was a skilled craftsman, there was another factor which played a crucial role in driving the voters away from the Congress.

The BJP made an electoral promise that it would do what the Congress showed no intentions of doing — follow Step 1.

The BJP won the Assam elections on the same plank which had brought the Asom Gana Parishad (AGP) to power in 1991. When the first partial draft of the Assam NRC (National Register of Citizens of India) was published on December 31, 2017, it gave life to a dead hope; hope that the struggles of the Assam agitation would now finally bear fruit. In spite of the many controversial omits in the drafts and the troublesome procedures to follow if and when a valid name was left out, a majority of the Assamese people embraced the NRC.

This was something for which Assam had battled through much of the 1980s and over the delay in which bore immeasurable pains in the 1990s.

The laidback, carefree Assamese suddenly got entangled in a new hustle-bustle. They were being led by 'Jatiya Nayak' (regional hero) Sarbananda Sonowal, who had already proven his dedication to rooting out the problem of Bangladeshi illegal immigrants. 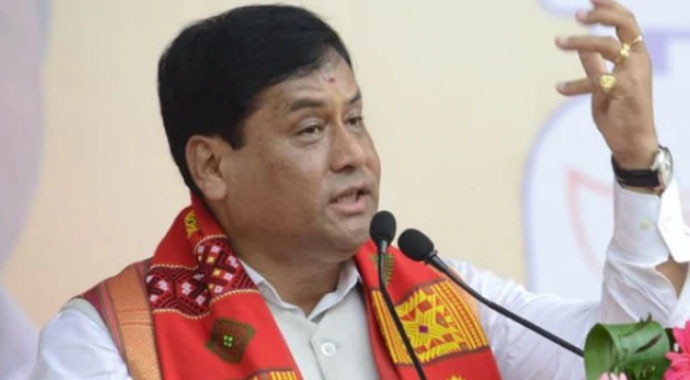 He was responsible for the striking down of the Illegal Migrants Determination by Tribunal (IMDT) Act (operational only in Assam), which put the onus of proving the citizenship of a suspected illegal person on the complainant, and replaced it with the Foreigners Act, which puts the onus on the suspect.

“What could go wrong?” One would ask!

It is at this hour when hope was finally turning in its cocoon, when the proposal for the Citizenship Amendment Bill came.

The amendment proposed two changes to the Citizenship Act, 1995:

1) Illegal migrants belonging to the Hindu, Sikh, Buddhist, Jain, Parsi or Christian religious communities from Afghanistan, Bangladesh or Pakistan would be eligible for Indian citizenship.

2) The above would gain permanent citizenship after six years of residency in India instead of 11 years.

One look at the list of communities being proposed the ‘relief’ makes it clear that the BJP is interested in deporting only Muslim Bangladeshis.

The clear right-wing agenda strives to lessen Muslims (not their traditional voters) in Assam and keep playing vote bank politics with the others.

Even if we do not consider the fact that communal politics has never worked in Assam or in the rest of the northeast, a very scary thought appears in the way the BJP has attempted to make a mockery of the expectations of the Assamese.

After coming to power riding on the popular anti-Bangladeshi sentiment — and slamming the Congress for its vote-bank politics — the BJP now shows intentions of continuing on the same line and even personalising the tactic. Combining the NRC and Citizenship Amendment Bill, it would not only continue earning votes from the illegal migrants, but also reduce the vote banks of the Congress and regional parties by deporting Muslim foreigners.

That a right-wing political party is doing so is no surprise.

The surprise or rather, the shock in this case is the brazen confidence with which it thinks it can fool an entire state by combining the Citizenship Amendment Bill and the NRC. Out without any shelter: Assam is facing a massive crisis. (Source: Reuters)

With the Lok Sabha passing the bill, in spite of huge protests in the state, Assam treads towards dangerous times again. With the AGP withdrawing support from the government and every influential organisation and well-known personality in Assam vehemently opposing the bill, it must be crystal-clear to the BJP what the Assamese want. Himanta Biswa Sarma has made it clear that he will tow the BJP high command’s line — will the ‘Jatiya Nayak’, the chief minister, speak up?

A state which had stopped the mighty Mughals once is unable to stop Bangladeshi infiltration today. The NRC seems to be the bait and the Citizenship Amendment Bill, the hook. If the BJP’s adamant pursuit of the bill does not see wisdom, Assam is well marching towards a repeat of history.

After all these years of patience, this is a pure northeastern tragedy.

Post your comment
#NRC, #Himanta Biswa Sarma, #অসম অ্যাকর্ড, #Citizenship amendment bill
The views and opinions expressed in this article are those of the authors and do not necessarily reflect the official policy or position of DailyO.in or the India Today Group. The writers are solely responsible for any claims arising out of the contents of this article.