Even though the Lok Sabha has passed the Citizenship (Amendment) Bill, it is highly unlikely that the legislation will be passed by the Rajya Sabha too.

Even if the Rajya Sabha passes it, the bill in all likelihood will be struck down by the Supreme Court — where it has already been challenged. The Citizenship (Amendment) Bill passed by the Lok Sabha has been challenged in the Supreme Court. (Source: India Today)

So, why is the government pushing for a bill that it knows will be struck down?

And why did the Opposition allow the bill to get passed?

The answer is — upcoming general elections.

The government is banking on the bill to drum up support for its Hindutva narrative, sending out a message to Hindus across India that the government is serious about protecting members of the community — even those living in Muslim countries and facing forceful conversion and persecution.

On the face of it, the policy looks to be imbued in ‘Bharatiya culture’, treating the sharnagat (refugee) well. No one can deny that Hindus living in Afghanistan and Pakistan have been persecuted and victimised — but is this the sole motivation for drafting the bill?

If radical groups have killed Hindus in Pakistan, then what about the Christians there, who face the same threat as Hindus, and are probably more vulnerable because of being highly poor?

No one can forget the treatment meted out to Asia Bibi in the garb of the blasphemy law in Pakistan. Is India then not helping people like her simply because they belong to some other religion? 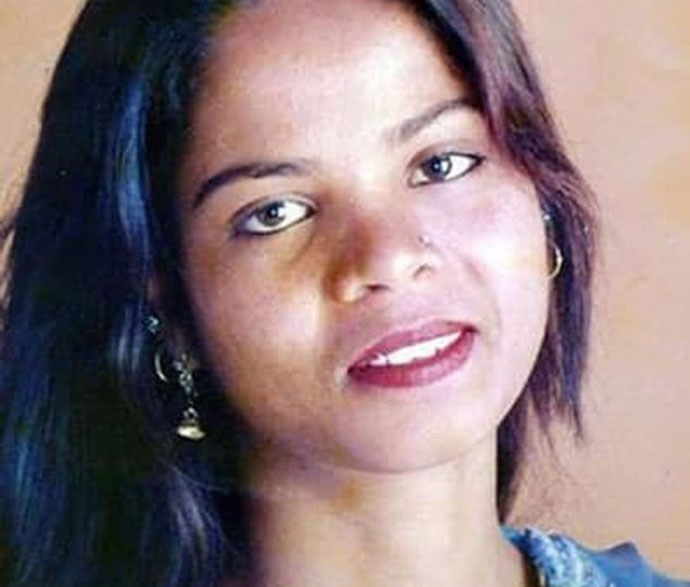 Why should India not protect an Asia Bibi if it wants to commit itself to protecting persecuted minorities in other countries? (Source: Twitter)

The first problem with the bill is that it discriminates on the basis of religion. This, despite the fact that India believes in the idea of 'Vasudhaiva Kutumbakam' — the world is but one family.

The fact that the bill could pass its first test in the Lok Sabha is a sign that the spirit of the Constitution has been undermined somewhere in a secular democracy. As a mature and secular democracy, India should not have a policy that discriminates between people anywhere on the basis of religion.

While most Hindus who migrated to India from Pakistan are well taken care of by New Delhi, it is the Muslims from Bangladesh who could be the real victims of the proposed bill.

The community is the actual bone of contention for all people on both sides of the divide across India, especially in Assam and West Bengal.

Can India afford to welcome so many people?

Discrimination is not even the only issue here.

Many fear that this bill would end up opening the doors for millions of Bangladeshis, who have been entering India since 1947 in any case, to get citizenship now.

The influx of people from Bangladesh had peaked around 1971 during the Bangladesh liberation war. But people who crossed over to India included both Hindu and Muslim Bangladeshis.

On the other hand, Hindu persecution in Bangladesh is a thing of the past now and there is no imminent threat to them as of date in their country.

So, people who are crossing the border now are only doing so, as I view it, because of economic reasons and not an imminent threat to their lives. Who's hearing them? People in Assam and West Bengal are strongly opposed to letting more immigrants in. (Source: Reuters)

The large influx of people in states such as West Bengal and Assam is causing a problem for the indigenous population of these regions because the local resources are getting strained.

India already has a huge population which sleeps on hungry stomachs and lives in subhuman conditions — under these circumstances, it is difficult to accommodate the large number of Bangladeshi immigrants who are carving out their own ghettos in borders states.

To thus pass the Citizenship Bill only for ‘Hindu appeasement’ makes little sense then.

While there is little India can do about what happens in Pakistan, New Delhi can always raise the issue of persecutions happening in, say, Bangladesh on the bilateral level, since the two countries enjoy cordial relations.

All parties should shed their hypocrisy and think about India first.

The Citizenship Bill, meanwhile, is discriminatory in letter and spirit. It should not be allowed to pass through.