All we see is congestion on our roads, widespread slums and chawls, poor and inadequate waste management facilities and insufficient civic management. If this is to be a fairly logical normative prescription, the well-being and happiness of citizens should be a leading objective in urban planning and development. Indeed, the world's cities are growing at a rapid pace and India is no exception. The challenge is to match the population growth with the ability of the city to accommodate everything that comes with such a population increase. In a sense this is the challenge of all challenges.

The physical space of cities is a given and supplementing is possible only through imaginative planning and usage. The limitations are all too evident in our metropolitan cities. The efforts so far have been futile and all we see is congestion on our roads, widespread slums and chawls, poor and inadequate waste management facilities and huge deficits in shelter and housing and grossly insufficient civic management in all spheres of the city and much more. Each one of these deficits is a gigantic challenge and combined together, they are monumental.

The existential challenge is one of social cohesion and cities and planners bear the consequences of ethnic contestations but don't have the means to read and analyse trends that result in conflicts, sometimes so prolonged that they have consumed populations and laid waste the cities into ruins.

Cities are meant to nurture prosperity and the dreams of prosperity, and once peaceful neighbours covet superiority of their own race, colour or creed, humanity loses one more chance to redeem goodness, hope and cultural coexistence. The cities of the once great civilisations, in Iraq, Syria, Lebanon and many others have lost their glory in our own time. The longevity of social cohesion is under severe strain in all societies pushing democratic governments to legislate draconian laws which will doubtless inhibit cordiality and neighbourliness in our cities. Currently, we too, have the shadow of ethnic conflict and terror manifestations in many of our cities and city planners or city managers have not even reckoned that there is a responsibility to avoid or at least manage the fallouts of such social dynamics.

The future means of earning will be through enterprise and delivery of services will be the principal product. Our cities have been providers of economic opportunities largely through employment and jobs. People have been coming to the cities in search of jobs. As we see today, the cost of long term capital having come down, the drive to automation and robotics has brought down the jobs availability.

This would obviously need enterprise friendly by-laws with flexibility of operating times for all activities, including schools and colleges. And we need to start some serious thinking as our present responses have been to enforce shutdowns on one pretext or the other, thus curtailing economic activity and drastically hitting livelihoods.

The key to urban planning and intelligent city management lies in public transport. 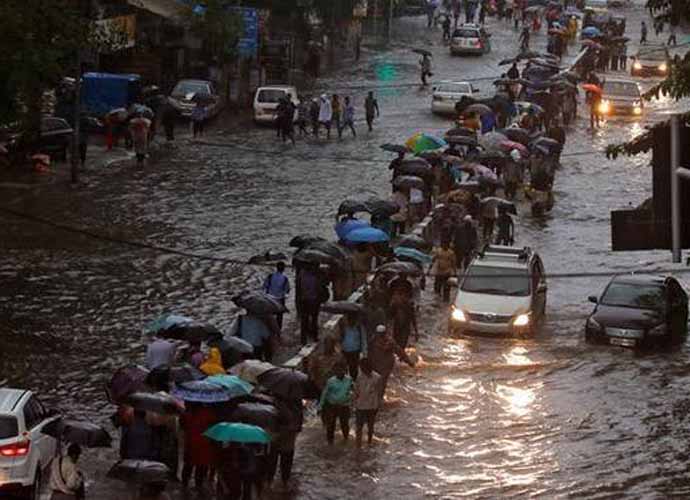 Faster connectivity to the suburbs is an incentive and an attraction to city dwellers. This allows them to choose "farther from the hub" colonies and settlements for comfortable and spacious, but cheaper residence options.

But this is conditional on two vital, but concurrent developments - attractive social infrastructure, comprising schools, colleges, hospitals and leisure spaces and ability of the public transport to move people quickly and cost effectively to the commercial hubs.

If any of the three components of this development axis is missing, the whole urban ecosystem of the metropolis collapses. We are in the midst of a transport revolution, with electric powered vehicles under commercial development, owner driven cars are becoming less advantageous and public transits are rapidly getting better. The tax regime has to be reconfigured to give impetus to the usage and production to induce the consumers for adopting these choices. Still, this is a long and sustained initiative and the optimum benefits have yet to accrue. A major, major challenge, if there was one.

The world of tomorrow will belong to women. The march of their roles and their influence is unstoppable, given their multi-dimensional skills and ability, patent superiority of their gender in energy and intelligence. It is ironic that cities have largely been designed for and by men with little regard for women's needs. Apart from safety concerns of the women, their social and cultural preferences and the absence of child friendly environment, the city intimidates single women, single mothers, and not to forget the elderly. This challenge for the urban planners and the city managers is complex and has no easy solutions. We have not even begun to recognise the housing needs of working women. The long road to better cities for women must start now.

There is a wind blowing that is asking for change. Change in the way we think, change in the way we do things and even more importantly, anticipate change to adapt and adjust before the change has compelled and forced its impact on us and we are left struggling to cope. Creating an agenda for the future needs the best minds to come together with a freedom to pioneer development and the support to implement ideas without bias and preference for any class or section of society. In reality, the future of our cities is already here, but by all accounts in evidence, we are not ready.

Also read: Why there is anger against Modi government this May Day

#Slums, #Civic management, #Public transport, #City planning
The views and opinions expressed in this article are those of the authors and do not necessarily reflect the official policy or position of DailyO.in or the India Today Group. The writers are solely responsible for any claims arising out of the contents of this article.