He was also the father of the PIL and the judge who apologised for taking the wrong side during Emergency.

Never speak ill of the dead. That is an adage which is ingrained in our culture. The earliest known use of this expression is in The Lives and Opinions of Eminent Philosophers written by Digenese Laertius around 300 AD.

In this, he attributes Chilon of Sparta as saying “don’t badmouth a dead man”. Chilon was one of the Seven Sages of Greece - a title given by ancient Greek tradition to seven 6th century BC philosophers and statesmen who were revered for their wisdom.

But while discussing the legacy of those who pass us by to meet the maker – we would be doing less than justice to posterity if we were not honest in dissecting the deeds of the departed, at the time of their passing, even while recording our tributes.

Every man is a bundle of the good and bad, and no man is an island of either, and being brutally honest about PN Bhagwati, former Chief Justice of India, on his passing away, on June 15, 2017, at the ripe old age of 95, would be the best tribute we could pay to him. He was himself that kind of man, you see.

The Bandhua Mukthi Morcha vs Union of India & Others case, decided by Justice Bhagwati on December 16, 1983, was path-breaking in accepting a simple postcard to trigger a proceeding - “In the present case, the unfortunate workers who are employed as bonded labourers at a distant place, could not possibly in view of their bondage, move this Court, following the procedure laid down in the Rules of this Court. The Petitioner which claims to be a Social Welfare Organisation interested in restoring liberty and dignity to these unfortunate bonded labourers should be considered competent to move this Court by a letter or like communication addressed to this Court, to avoid trouble and expenses, as the petitioner is not moving this Court for any personal or private benefit” – and the decision freed hundreds of bonded labourers and paved the way for the Public Interest Litigation in India to become a huge weapon in the hands of the weak and underprivileged. It was the high point of his distinguished judicial career.

At the other end of the spectrum was the low point, he went with the majority in the Additional District Magistrate Jabalpur vs Shivakant Shukla case on April 28, 1976, allowing Justice HR Khanna, the sole dissenter, to shine bright.

Khanna asked Niren De, then Attorney General: “Whether there was not such a thing as Rule of Law in addition to the constitutional provisions vide Article 21 - right to life and liberty”. De responded, “The rule of law existed only within the four corners of the Constitution; natural rights did not exist outside it." 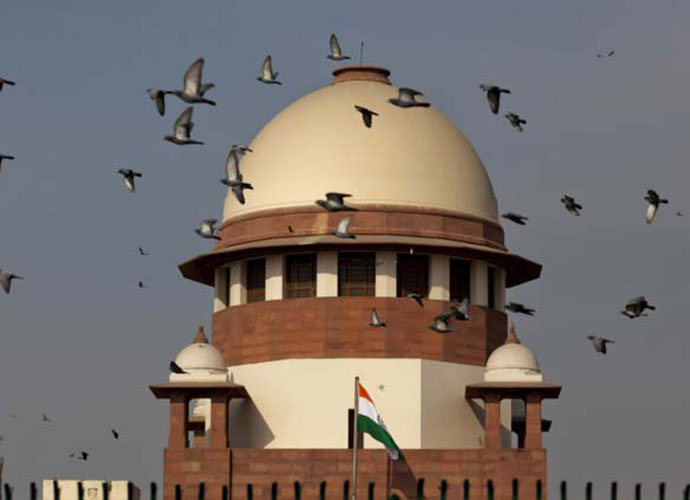 And to Khanna’s retort - “Article 21 protected both right to life and liberty and surely if a policeman chose to shoot a citizen, the citizen would not be remedyless” - De’s chilling response, recorded for posterity, is the darkest chapter in the biography of the Supreme Court itself: "Consistent with my position, My Lord, not so long as the Emergency lasts. It shocks my conscience, it may shock yours, but there is no remedy.” Justice Bhagwati chose to go with the majority.

And on November 19, 2010 - in Ramdeo Chauhan - the Supreme Court "apologised": “There is no doubt that the majority judgment of this court in the ADM Jabalpur case violated the fundamental rights of a large number of people in this country.”

It quoted MN Venkatachaliah, former CJI: “The verdict be confined to the dustbin of history. And on August 2, 2011, when Bhagwati was on camera, he was contrite and how.

“I agree that during the dark days of Emergency the attitude of the Supreme Court was far from satisfactory. The Supreme Court should be ashamed about the ADM Jabalpur judgment. I plead guilty. I don’t know why I yielded. Initially I was not agreeable but somehow for whatever reason I was persuaded by my colleagues. I was not firm. Judgment was against my conscience. It was not Justice Bhagwati. An act of weakness on my part. I confess,” he said.

Was his contrition real? We ought to give the departed his due, should we not? But not without flagging off his letter to Indira Gandhi, when she returned to power, after Emergency, in 1980 - “May I offer you my heartiest congratulations on your resounding victory in the elections and your triumphant return as the Prime Minister of India... I am sure that with your iron will and firm determination, uncanny insight and dynamic vision, great administrative capacity and vast experience, overwhelming love and affection of the people and above all, a heart which is identified with the misery of the poor and the weak, you will be able to steer the ship of the nation safely to its cherished goal”.

Justice Bhagwati missed becoming part of the legend that The New York Times wrote in its editorial: “If India ever finds its way back to freedom and democracy that were proud hallmarks of its first eighteen years as an independent nation, someone will surely erect a monument to Justice HR Khanna of the Supreme Court. It was Justice Khanna who spoke out fearlessly and eloquently for freedom this week.”

Let us leave it to history to judge Justice Bhagwati on his confessional, as it were.

We would be less than fair, if we did not concede that for all practical purposes he was the Pitamaha of the PIL in India, in particular, affecting and impacting the lives of the poor and needy by taking the top court virtually to their doorstep.

He overreached judicial overreach by a mile and more and was never apologetic about it. He was proud of this legacy. Justifiably so. His judicial philosophy was robust and he never pulled punches. He shot as an arrow and never hid his "agenda" - that judges do “make law” not merely "interpret law" as our colonial masters always taught and told us.

“There is a myth strongly nurtured by the Anglo-Saxon tradition and propagated by many jurists that judges do not make law, they merely interpret the law. Law is there, existing and immanent, and judges merely find it. The law-making function does not belong to them  but it belongs to the legislature and the judges merely reflect what the legislature has said... it has been deliberately constructed  in order to isolate judges against vulnerability for what they decide, because they can always plead helplessness (even if the law they declare is unjust) by saying it is the law made by the legislature and they have no choice but to give effect to it, it is only natural that judges wish to exercise power but not be accountable to anyone for such exercise. It is also natural for them  to indulge in the fiction that they are merely carrying out the intention of the legislature or discovering the immanent something called the law,” Chief Justice PN Bhagwati in Tryst With Justice, 2013.

The long reign of Justice Bhagwati as judge and then as Chief Justice of India would be long remembered for his passion "to render justice in spite of law", which is a creed he shared with Lord Denning, anathema to the likes of originalists as the late lamented Antonin Scalia of SCOTUS, the ADM Jabalpur bump notwithstanding.

Also read: 40 landmark judgments that changed the course of India

#Supreme Court, #Emergency, #CJI PN Bhagwati
The views and opinions expressed in this article are those of the authors and do not necessarily reflect the official policy or position of DailyO.in or the India Today Group. The writers are solely responsible for any claims arising out of the contents of this article.