Covid and the crisis of existence

It's difficult to gauge the national mood because we Indians are great ones for putting up a brave front — one reason why mental health has remained low on our priority list.

How long have I been shut up within the four walls of my house, making friends with lizards? I'm beginning to lose count. Giving them names - Liz Hurley and Liz Taylor - kept me amused for a while until I found the two entwined in a lusty embrace on the dusty floor. Confined and confused

Even though the government has eased the lockdown, I can't step out and socialise. I live with three high-risk individuals — family members over seventy — and I cannot take a chance. For how long? Perhaps forever. It's not an easy thought to digest. In the meanwhile, one reads about other animals cocking a snook at humans: a family of otters in Singapore, that travelled across the city-state eating up yummy ornamental fish in the ponds of luxury homes owned by pop stars. And there were the Humboldt Penguins who took a stroll through a museum in Kansas City and expressed marked appreciation for the Caravaggios on display. Monet was given short shrift.

Songs of the apocalypse are back in fashion, as the claustrophobia of closed spaces gives birth to demons that nibble and gnaw away at our insides. R.E.M.'s It's the End of the World As We Know It (And I Feel Fine), originally released in 1987, saw an uptick of 48 per cent in online streams in the U.S. According to Nielson Music/MRC data, the total streams of the single stand at 746,000 in the post-Covid era. 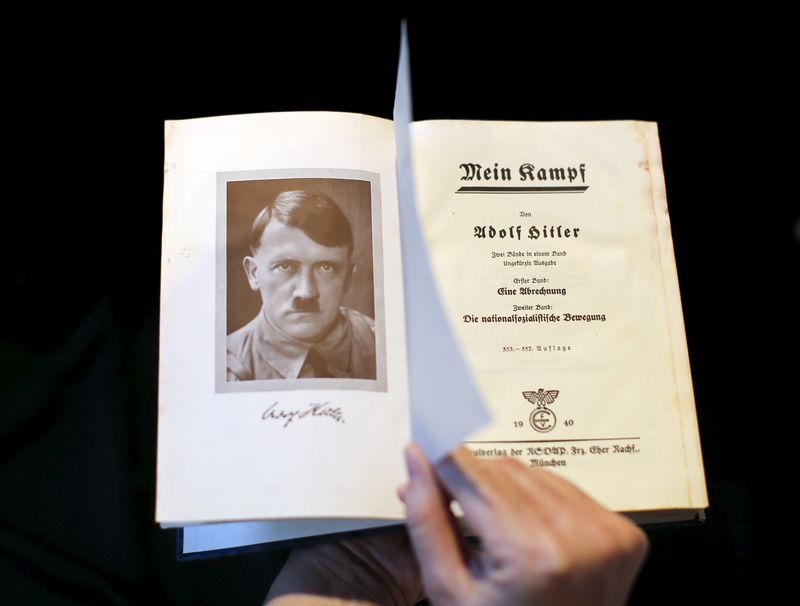 Looks like in grim times we love reading the life story of the grimmest reaper of them all. (Photo: Reuters)

It's easy for shrinks to say: Stop consuming news; all this talk of surges and curves will kill you with worry before the virus does. But the fact is that news is dying too; soon we might, by default, find ourselves in a situation where no news is good news. There is carnage in India's print media, but the problem is not limited to us only. Rupert Murdoch's News Corp is to cut up to a third of its workforce, with the group expected to stop the publication of 100 titles that reached six million in print. It's difficult to gauge India's national mood because we Indians are great ones for putting up a brave front, one reason why mental health has remained low on our priority list. On the whole, our position is: 'I'm doing great. I'm very busy.' Even in normal times, strangers on public transport would peddle stories about how well they were doing. Daughters were happily settled, sons were doing well in Canada and new houses being constructed round the year: 'Ghar mein grouting chal rahi hai.' Grouting was the measure of success. The only times Indians shared stories of the personal tragedy was with Amitabh Bachchan on KBC. Bachchan doubled up as therapist and game show host.

The print media is collapsing in Australia as in India because of lack of advertising, especially to do with real estate and entertainment. When I called up advertising professionals they told me that they've never had it so good: 'I'm so saddled with work that I don't have time to sleep.' Putting on a sunny front at the height of summer is okay, but we know what the facts are. I find it inexplicable that the same companies that advertise pressure cookers, modular switches, toothpaste, fans, coolers and thermal thermometers in the commercial breaks on TV news, have stopped advertising in print. It's a bit like how the OTT platforms are booming in these times of the great indoors. Creative folk are phoning each other up, saying think of a good story: migrant's journey, Covid love story, serial killer super spreader, anything — let's seize the moment. But the critics and the tastemakers who help the viewer cut through the pile of content are losing their jobs and have been rendered irrelevant.

While Mr Gadkari dreams of launching his scrappage policy to invigorate the automobile sector, the truth is that we don't have money to buy new cars and scooters. In Commerce 101 in school, they taught us about three kinds of goods: necessities, comforts and luxuries. Not just for the migrant workers, but even for the bulk of the middle class, the focus now is on buying mosquito repellent, sanitiser, masoor dal, fruits and rice. Even boxer shorts now qualify as a 'comfort'; one makes do with the old one. Liquor stores have long lost their queues; no one has the purchasing power to buy cheap whisky which now qualifies as a luxury. Earlier, when they wrote 'Luxury whisky' on the IMFL packaging one found it funny; it now is the reality.

Looks like the only ones who will survive the downturn are YouTubers, each with millions of followers, who will slug it out whether YouTube is better than TikTok. For the rest, there is Mein Kampf, which in a recent survey of reading habits during the lockdown, emerged as the No 1 choice in Assam. Looks like in grim times we love reading the life story of the grimmest reaper of them all.

Post your comment
#Job losses, #Mental Health, #Lockdown relaxations, #Covid19
The views and opinions expressed in this article are those of the authors and do not necessarily reflect the official policy or position of DailyO.in or the India Today Group. The writers are solely responsible for any claims arising out of the contents of this article.