DailyOh! How Covid can reduce gray matter, to the Ring of Fire in the sky

According to neurologists, survivors of severe Covid-19, who have required oxygen therapy, have shown a reduction in the gray matter volume.

We begin on a note that is not something we are happy to be beginning on. In the 24 hours ending this morning, India has reported 6,148 Covid-19-deaths. This is the highest number of deaths that the country has seen in a day since the onset of the pandemic. A man shielding himself past the mass funeral pyres of Covid deaths. (File photo: Reuters)

Before you panic that all these people died on the same day, know that this massive jump in the number of deaths comes after Bihar revised its toll on Wednesday, adding 3,951 previously uncounted deaths to its tally.

The number of fresh cases stood at 94,052 in 24 hours reported this morning — below one lakh new cases in India for the third straight day.

Now, if you thought Covid was all about the lungs and the toll on the respiratory system, you clearly haven’t heard about Long Covid. But that’s for another day. Today, we tell you about the toll that Covid takes on the brain of the survivors.

While studies have established that Covid survivors are at a higher risk of psychiatric conditions and mental health disorders, the latest in the list of Covid horrors is the depleting gray matter in the brain. The gray matter (highlighted in the pic below in red) is vital for processing information in the brain, to control movement, memory and emotions. The abnormality in gray matter affects the functioning of neurons and communication. According to neurologists, survivors of severe Covid-19, who have required oxygen therapy, have shown a reduction in the gray matter volume.

Beyond the precautions and preventions, there seems to be some ray of hope in the scientific world when it comes to treating Covid-19. Doctors at Sir Ganga Ram Hospital in New Delhi have successfully treated two patients using monoclonal antibody therapy. The dose administered to the patients is a drug called REGCov2, which is a combination of two monoclonal antibodies (Casirivimab and Imdevimab).

We have told you earlier what antibodies are. But what is monoclonal? The Oxford dictionary defines our Word Of The Day as “forming a clone which is derived asexually from a single individual or cell.” The word comes from the amalgamation of two Ancient Greek words — monos, meaning "alone" or "single", and klon, meaning "twig".  Since cloning was first attempted on plants, the term clone finds its meaning from the part of a plant — a twig. 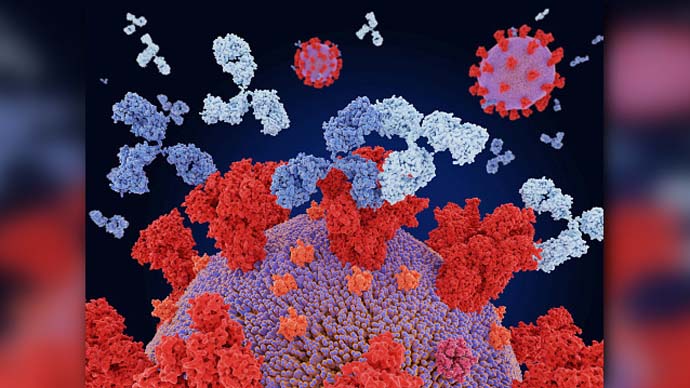 One person though who could not be saved despite recovering from Covid was former boxer Ngangom Dingko Singh. Dingko is best known for winning the Asian Games gold in the 1998 edition in Bangkok. The 41-year-old boxer passed away yesterday.

Shri Dingko Singh was a sporting superstar, an outstanding boxer who earned several laurels and also contributed to furthering the popularity of boxing. Saddened by his passing away. Condolences to his family and admirers. Om Shanti.

The life of the Lord of the Rings was bouts of tragedies and resilience that will shake you and motivate you.

Let us start from the very beginning. Born in the remote village of Sekta in the Imphal district in Manipur, Dingko’s parents were so poor that they had to leave him as a kid in an orphanage as they could not afford to raise him. Growing up in the orphanage, he never had the luxuries a properly calibrated diet of high protein that athletes require. In fact, the orphanage could not even afford to provide him with milk and meat every day. Naturally, in such an environment, one cannot expect proper training facilities. But his grit to prove himself was insurmountable to be deterred.

However, Dingko's tragedy did not end there. 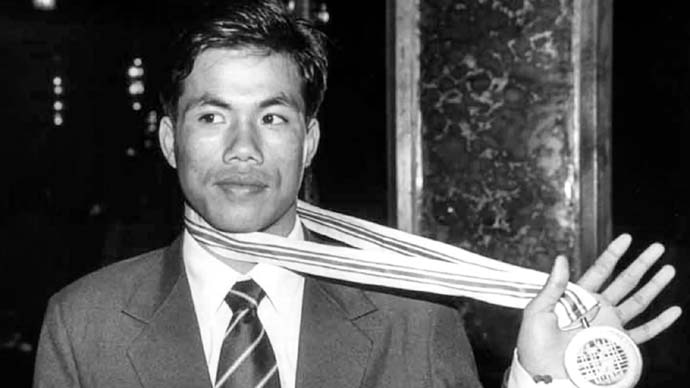 Right after he won the gold for India in Asian Games, Dingko became a celebrated name back home. At the 1999 National Games in Imphal, he reached the final. However, his opponent in the final match — Birju Saha — pulled out. Since the gathered fans could not be disappointed, officials set up an exhibition match of Dingko against Andhra boxer, Sriramulu. It was in this match that Dingko fractured his wrist. The unending official apathy forced the boxer to take off the cast from the fracture before it set properly. This was because he had to attend a function presided by Uma Bharti — the then sports minister. The fracture never set properly and Dingko’s career was abruptly and cruelly cut short.

I’m deeply saddened by the demise of Shri Dingko Singh. One of the finest boxers India has ever produced, Dinko's gold medal at 1998 Bangkok Asian Games sparked the Boxing chain reaction in India. I extend my sincere condolences to the bereaved family. RIP Dinko? pic.twitter.com/MCcuMbZOHM

Not the one to be deterred, Dingko went on to train kids in boxing in Imphal. And this was when cancer caught up with him. For his treatment, he had to sell his house in Imphal and stay at a friend’s modest accommodation in Delhi. He recovered from cancer, and Covid caught up with him last year.

The ace boxer finally decided to hang up his gloves yesterday.

From the story of the Lord of the Rings, let us take you to the Ring of Fire. That is what people got to see in parts of Canada and Siberia.

Today was the annular solar eclipse that started at 1.42 pm IST and ended at 6.41 pm IST. And it was not just a regular solar eclipse, but a rare one as it saw the occurrence of the ‘Ring of Fire’ of the sun around the moon. 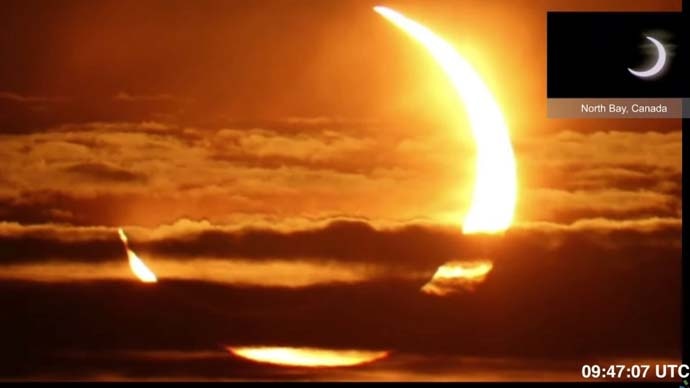 The Ring of Fire seen from North Bay in Canada. (Courtesy: Time And Date)

The Ring Of Fire was visible in parts of Greenland, North-Eastern Canada, the North Pole and some parts of Russia. India was not so lucky, though people in Arunachal Pradesh got to see a minuscule fraction of the sun covered by the moon, and that too very low on the horizon. Europe, North America, other parts of Asia, Arctic and Atlantic regions saw a partial solar eclipse.

And if you weren't lucky enough to get a glimpse of this celestial phenomenon today, we suggest you watch Black Mirror on Netflix (no, no solar eclipse there. Just big, scary technology).

Also Read: Covid-19 Second Wave in India, the storm that was

#Brain health, #Ngangom dingko singh, #Monoclonal antibody therapy, #Covid deaths
The views and opinions expressed in this article are those of the authors and do not necessarily reflect the official policy or position of DailyO.in or the India Today Group. The writers are solely responsible for any claims arising out of the contents of this article.